Sopa de Estrellitas, or Mexican Star Soup, is comfort food at its best. This traditional and easy recipe is the reason cooking at home is the best.
Jump to Recipe Print Recipe

Sopa de Estrellitas, or Mexican Star Soup, is comfort food at its best. This traditional and easy recipe is the reason cooking at home is the best. 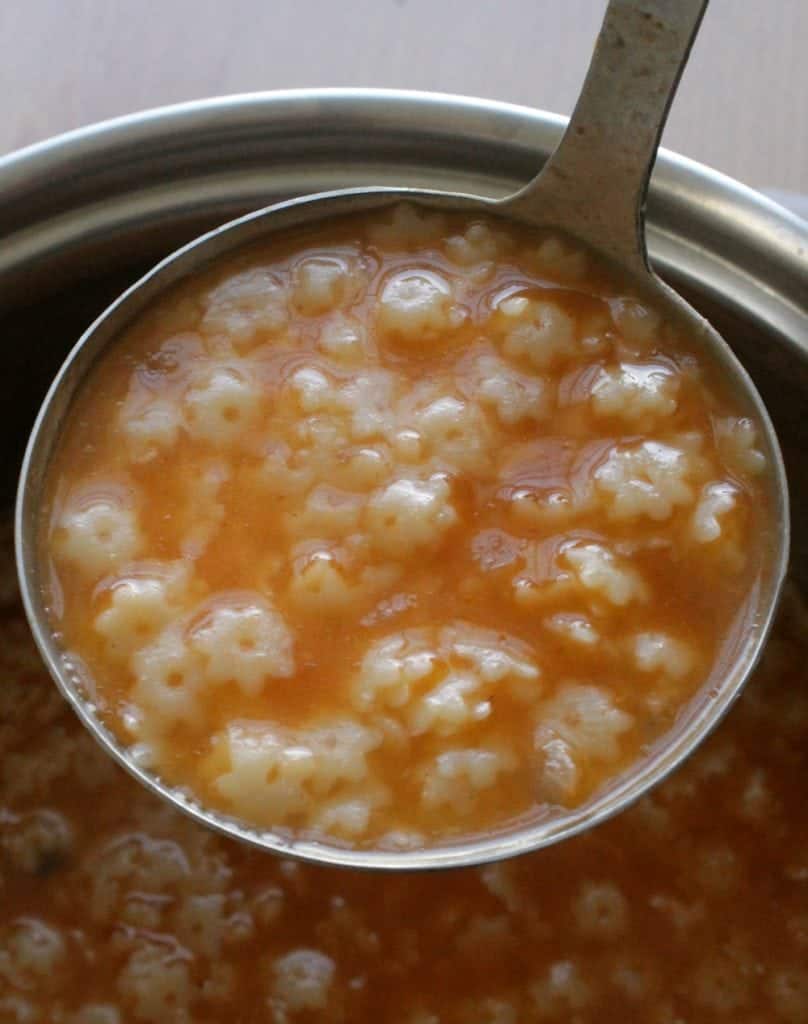 You know how certain foods can bring up specific memories?

If you’re Mexican, chances are that you were raised eating Sopa de Estrellitas, or Mexican Star Soup. Every Mexican mom makes it.

Whenever I eat it, I’m instantly transported back to my childhood. I remember my mom and my abuelita.

No fancy stoves with self timers. No refrigerator that played music or had built-in TVs. Their kitchens were humble, but there, they created the most amazing foods. 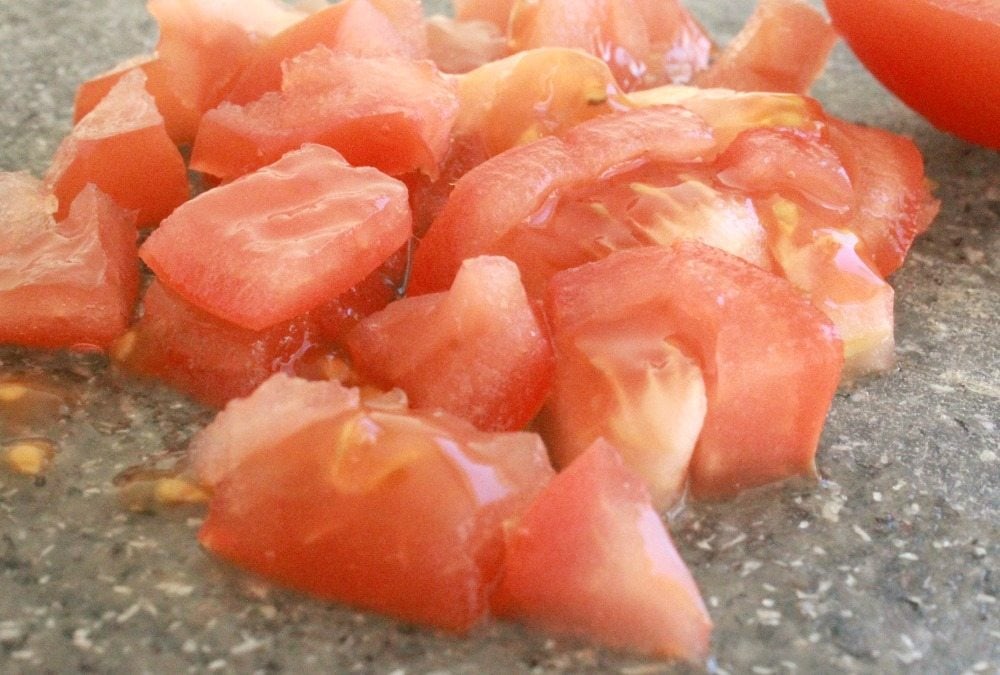 If tomatoes aren’t in season, or they don’t look particularly good at the store: Use 1 – 8oz can of tomato sauce and 8 cups of chicken broth so it won’t be as tomato-y.

The soup will taste just as delicious. 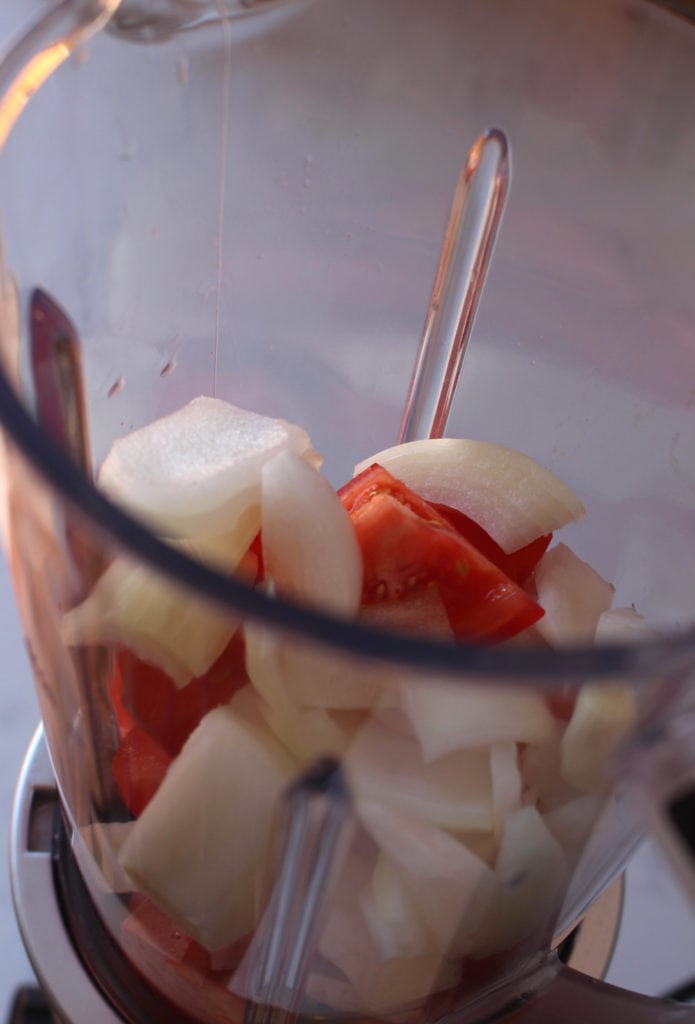 Place the tomatoes and the onion in a blender. Add the chicken broth and blend until smooth.

If you do not have chicken broth, you can substitute with chicken bouillon and water.

To make this completely vegan and vegetarian, you vegetable broth.

What’s up with all the Chicken Bouillon in Mexican recipes?

Here’s the deal. We use chicken bouillon a lot in Mexican cooking.

Our grandmothers cooked with it, and that’s why we use it.

If you are unfamiliar with chicken bouillon, use it like salt.

They have healthier, all natural chicken bouillons now at the stores. 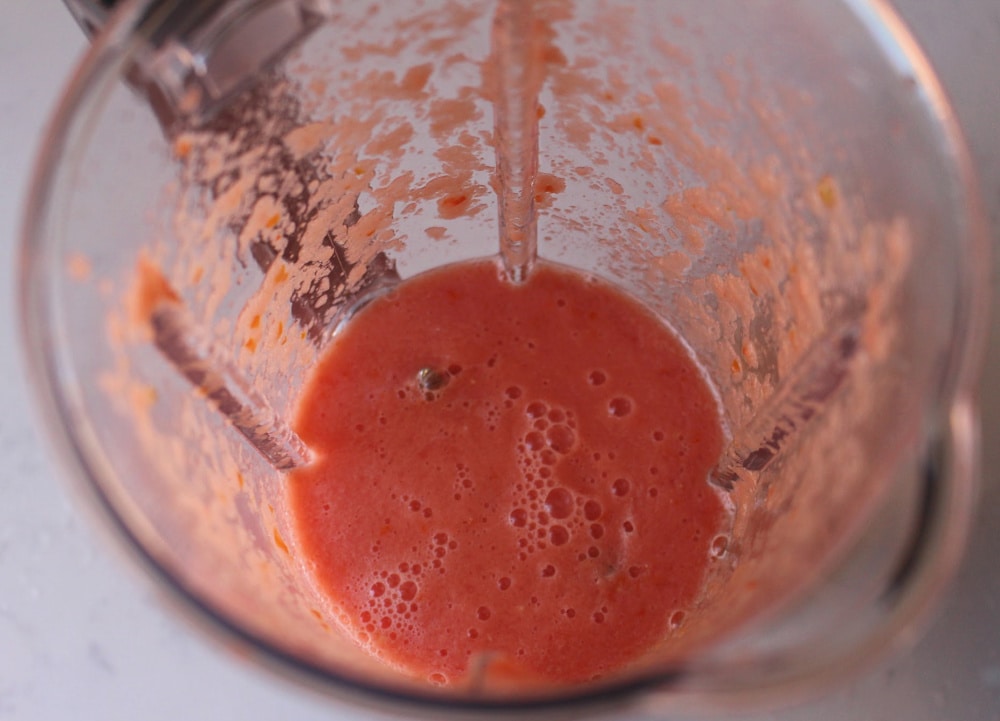 I have several batches of this tomato sauce in the freezer.

I make a large batch then divide them into small freezer bags. When I am making soup, I pull one out and defrost it.

However, it only last 1-2 months, and the texture of the pasta will very soft.
To do this: Cool the soup completely, then add to freezer bag removing as much of the air as possible.

This soup lasts 3-5 days in the fridge. 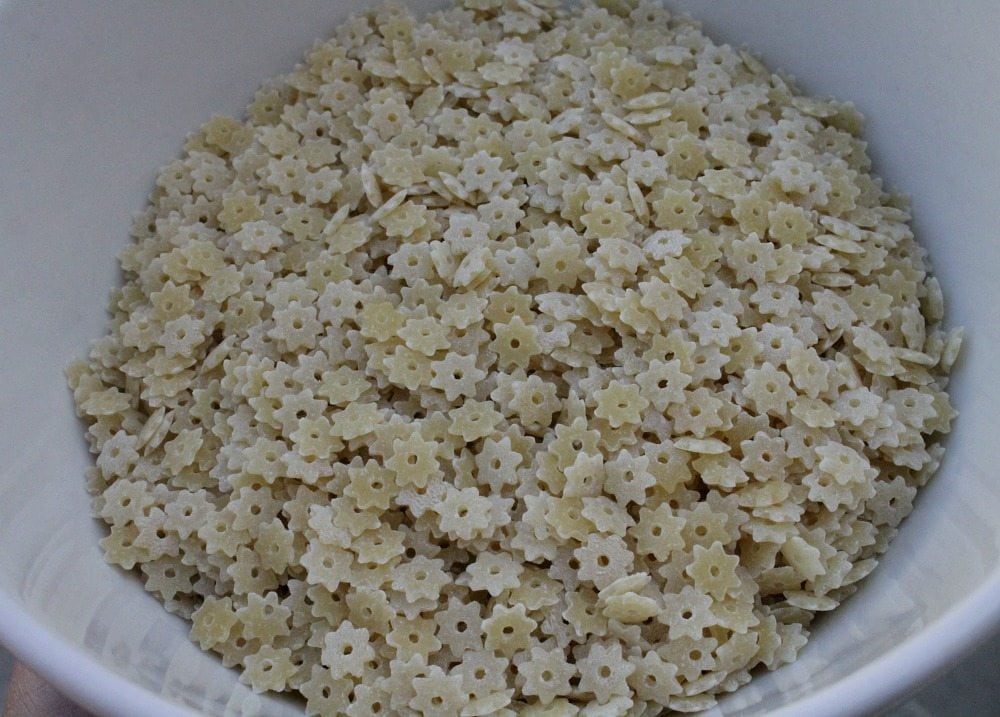 If you can’t find this star pasta with all the other pastas, look for it in the Hispanic / Mexican section.

It’s usually very inexpensive (unlike getting a Hollywood Boulevard star).

This Sopa de Estrellitas, or Mexican Star Soup, is perfect for feeding big families. We have big families in Mexico.

My father is one of 10 children. My mom is one of 6 children. “Be fruitful and multiply” was taken seriously. No joke. 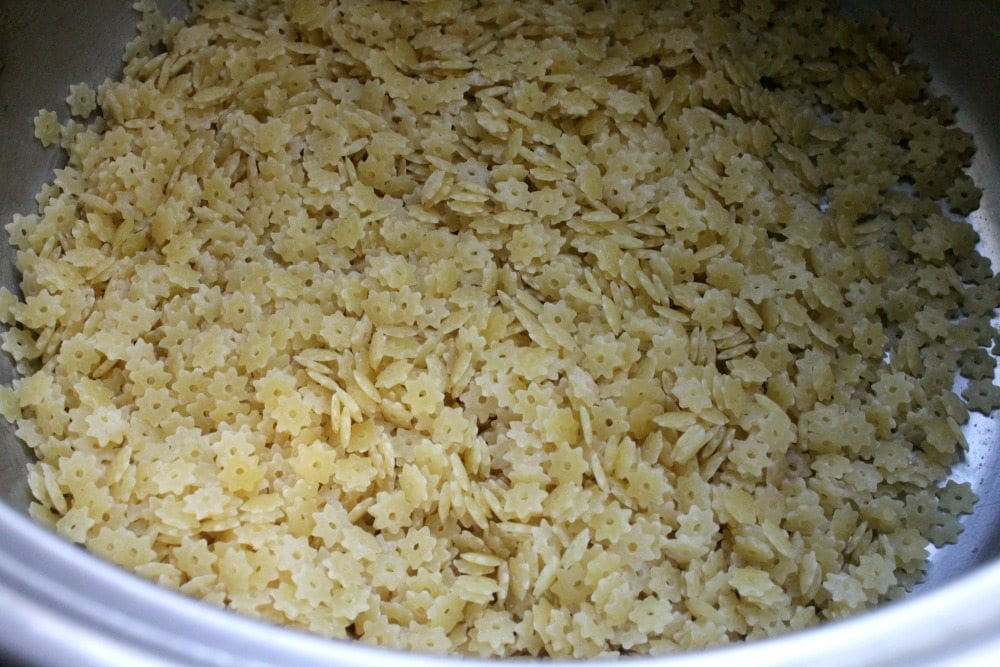 The most important step to making Sopa de Estrellitas, or Mexican Star Soup, is for you to toast the pasta.

This means, don’t leave the stove.

Stir the pasta constantly or it will burn.

After all, no one wants their soup to taste like burned yuckiness.

When you see the pasta turn a golden color, then move onto the next step. 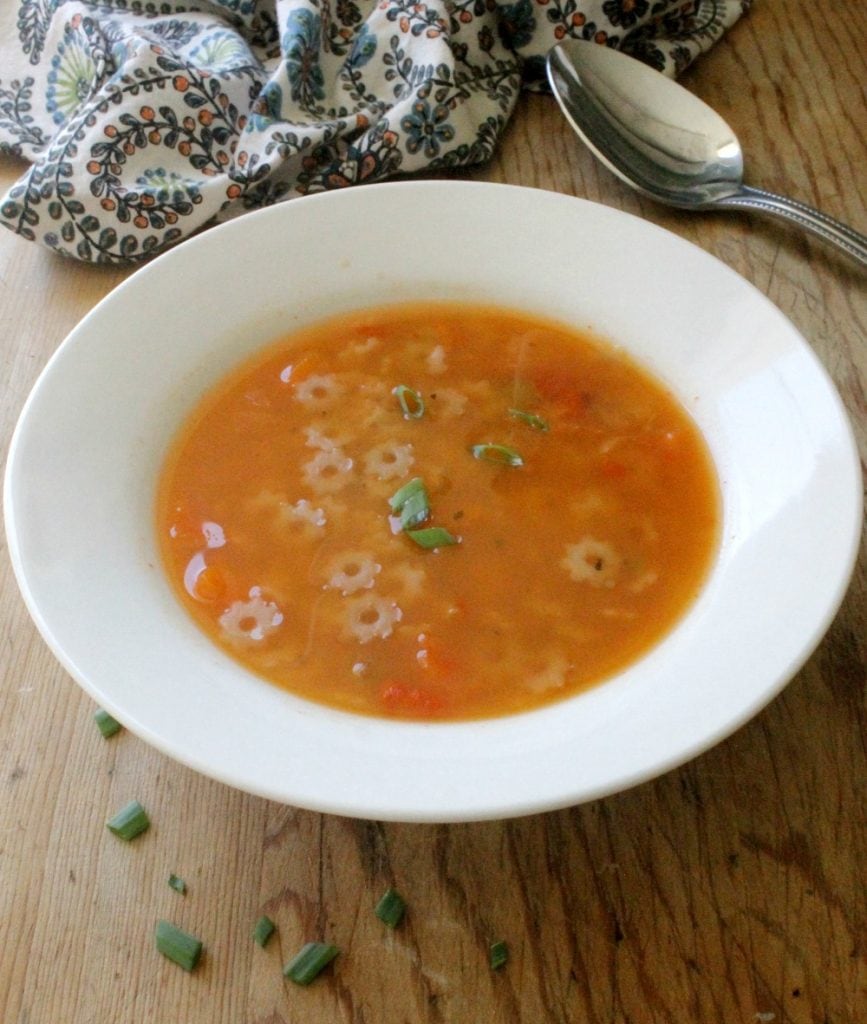 I’m giving you the most basic recipe for Sopa de Estrellitas, or Mexican Star Soup. Be creative and add all kinds of stuff.

Ingredients you can add to Mexican Star Soup (or Sopa de Estrellitas):

All of these suggestions would make great additions to the soup! 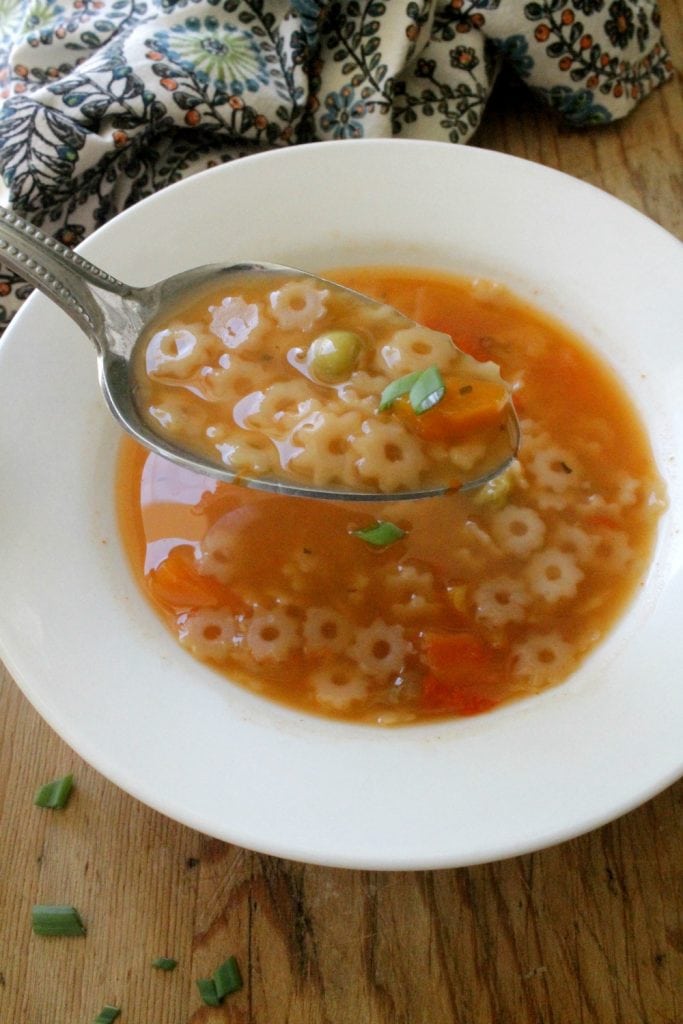 Toppings are completely optional. Most of the time, I was given a bowl of soup and never really added anything except for cheese or sour cream every once in a while.

You can also add a few slices of jalapeño to add heat to the soup.

This simple recipe is a Mexican classic. A favorite comfort food that reminds us why nothing is better than home cooking.

Hope you and your family enjoy! 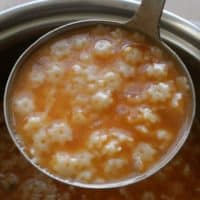 If tomatoes aren’t in season, or they don’t look particularly good at the store: Use 1 8oz can of tomato sauce and 8 cups chicken broth.  Can you Freeze the Soup? Yes. However, it only last 1-2 months, and the texture of the pasta will very soft.
To do this: Cool the soup completely, then add to freezer bag removing as much of the air as possible. 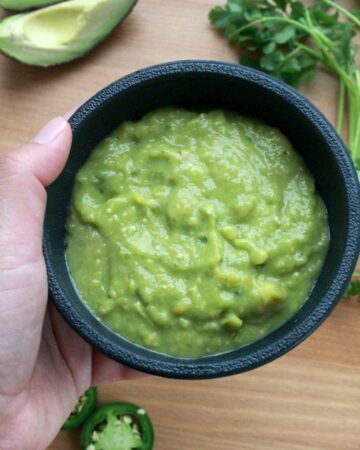 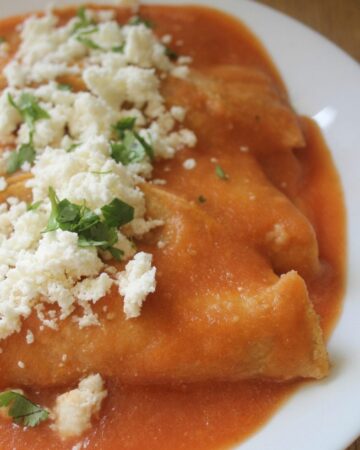 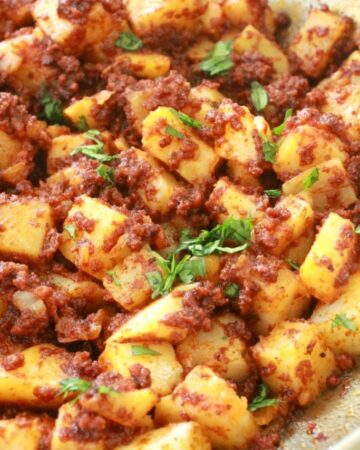 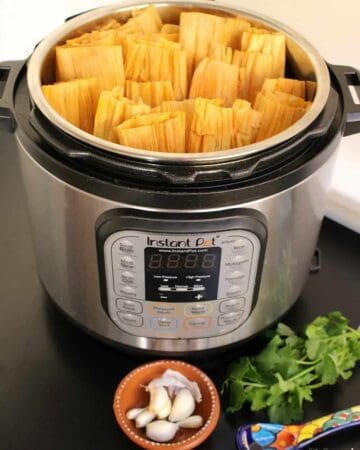 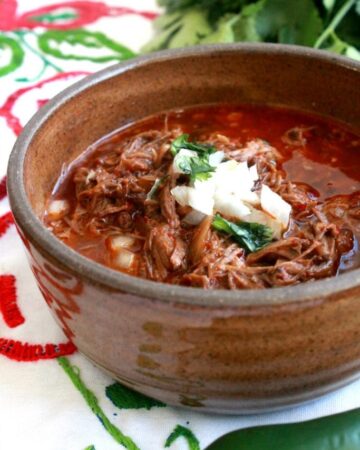 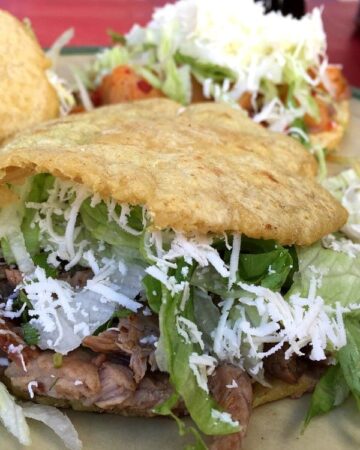 How to Make Gorditas + VIDEO 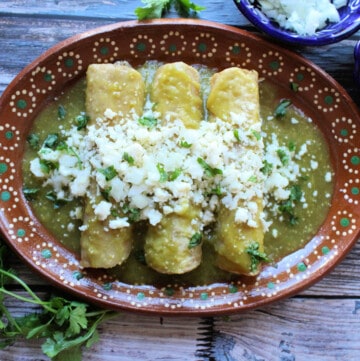 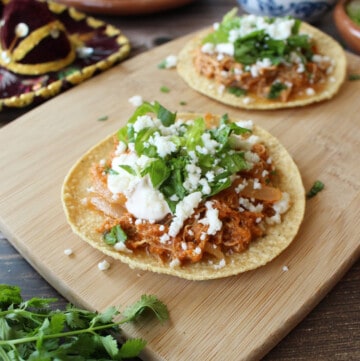 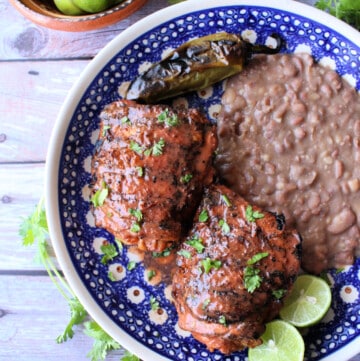 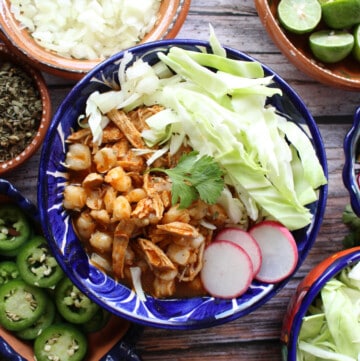