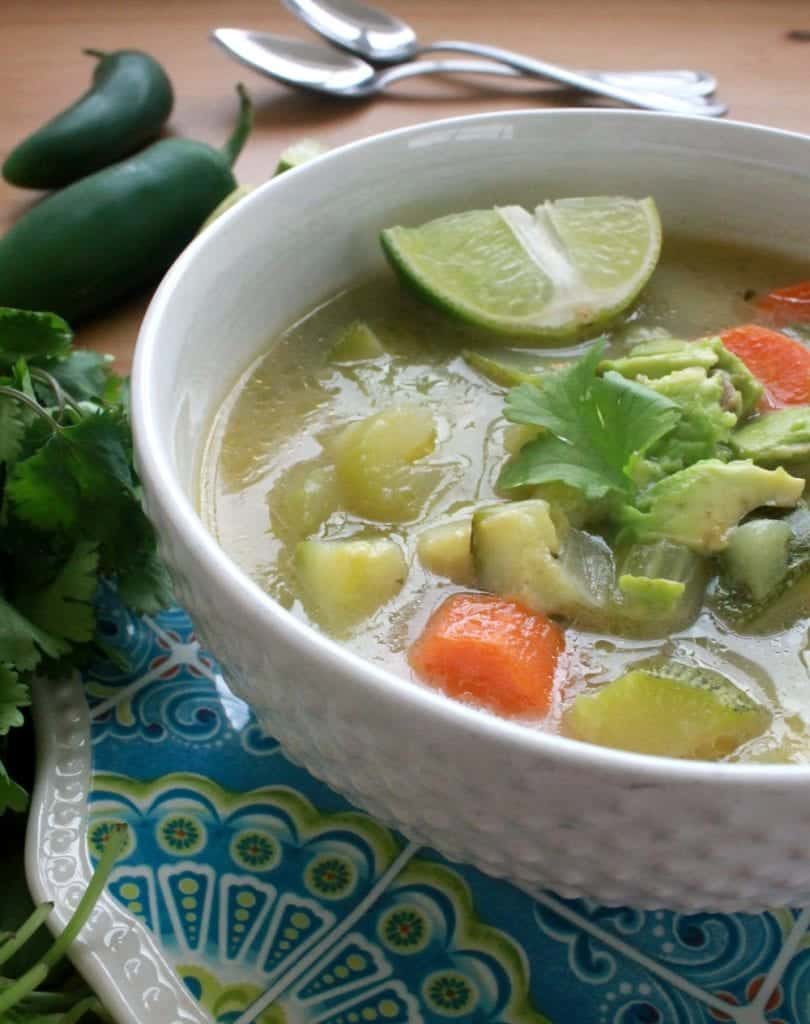 There’s something going around.

My son was sick then he generously gave his viral gift to my husband. Then I got a touch of it. Ugh! Ugh! Double ugh!

Thank goodness we’re all feeling better now, but we went through a rough spell.

I’m sure you’ve been there too. For me, the worst is seeing my little guy sick. Breaks my heart.

That is why soup was in order! This is an easy and delicious soup that I know you’ll love because it is just that – EASY and DELICIOUS. 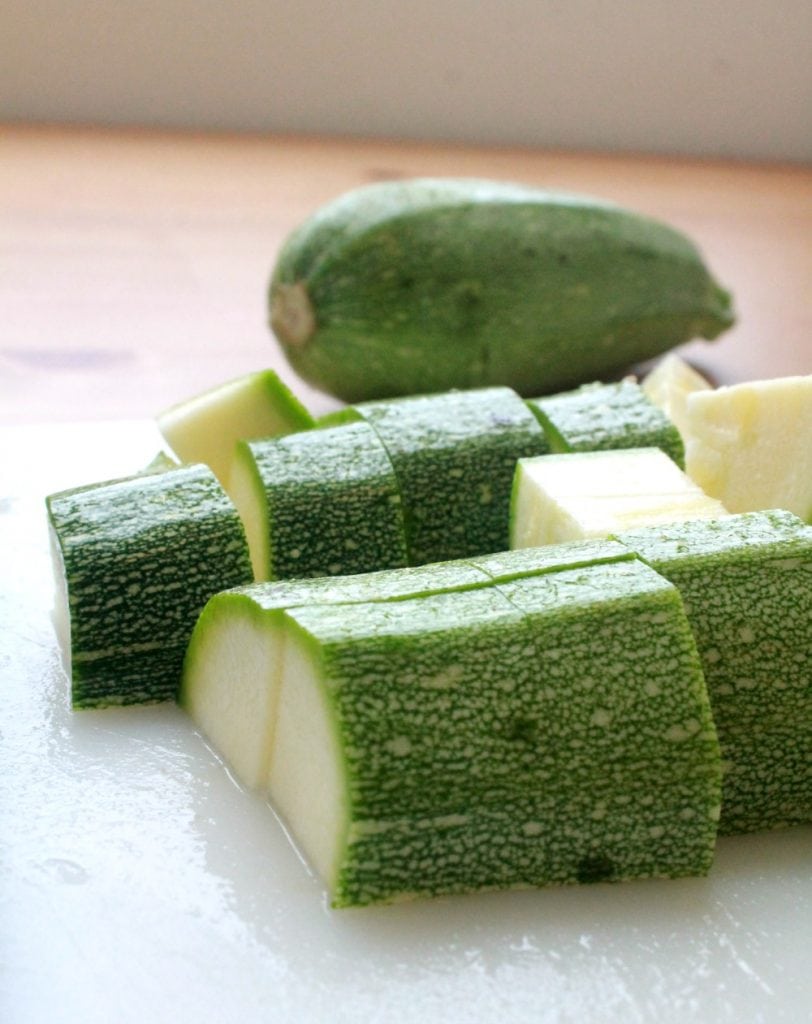 You can use any variety of vegetables.

What makes this soup Mexican is the use of Mexican veggies. Certain parts of Mexico have a longer growing season.

We also grow a lot of fruits and vegetables that you can’t find in the US.

Unlike here in the US, foods are picked ripe in Mexico.

At the grocery store, you’ll see ripe fruits like yellow bananas (not green bananas) and cantaloupe that’s ready to eat like THAT DAY.

I used Mexican calabacitas, or a type of Mexican squash. I LOVE this vegetable!

It can be found almost all year long in Mexico. If you can’t find it in the US, you can use Italian zucchini instead.

They mean the exact same thing. “Caldo” and “sopa” are the same words in Spanish.

You might also see this soup referred to as “Caldo de Vegetales” which basically means, vegetable soup.

Whatever you want to call this Mexican Vegetable Soup is fine by me. 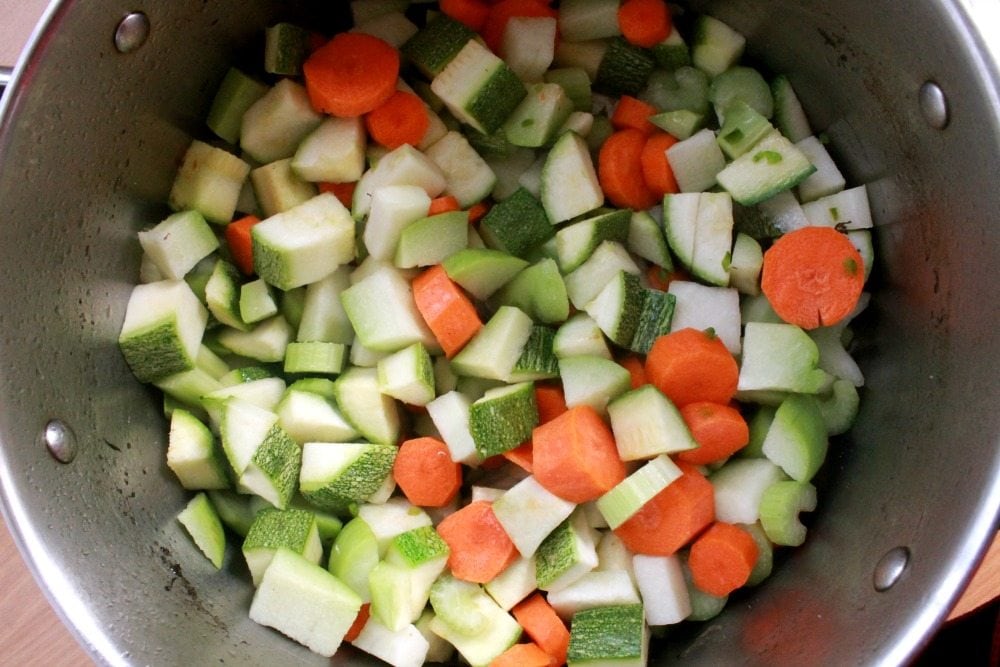 I am also using chayote, which is often referred to as a Mexican squash as well.

There’s a jalapeño in this soup, but it’s just for flavor not for heat.

I know some of these ingredients are not accessible to some of you, so adjust this Caldo de Verduras, or Mexican Vegetable Soup, recipe as you see fit.

Without a doubt, I would consider this to be an authentic Mexican vegetable soup recipe.

My family is from Durango, Mexico, and nowadays you can find vegetables easily at the store.

My dad, however, tells me stories of when there were no vegetables.

The crops would be killed off by a winter freeze or pests that infested the food. That year, they wouldn’t have anything.

Even if you had the money, there were no fresh vegetables or fruits.

Mexico is, after all, a poor country, but it is modernizing… slowly.

You can see greenhouses in Baja California, even in Durango. Makes me very happy to see the progression. 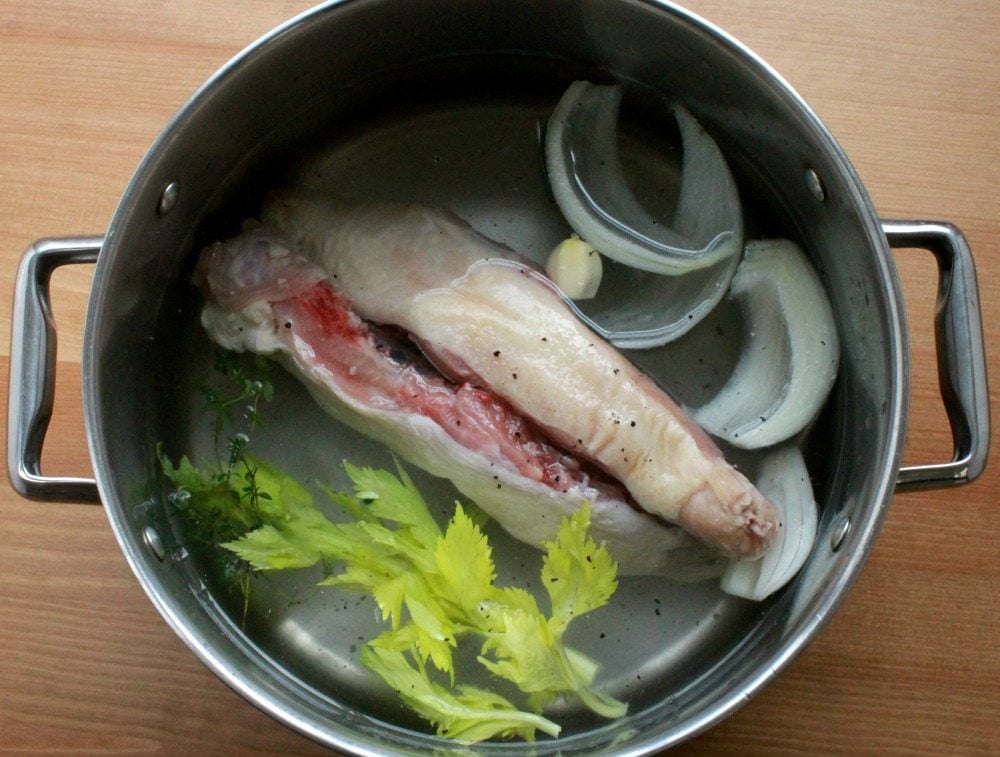 I make my own chicken stock. It is one of the staples in my cocina – my “good cluck charm.”

If you want to keep this vegetarian, take out the chicken bones.

A vegetable stock works great in this soup too.

However, I just love the flavor of homemade chicken stock.

You’ll always be prepared when you stock up on stock.

In a pinch, you can also use water and chicken bouillon.

We use chicken bouillon a lot in Mexican cooking. It’s interchangeable with salt.

In case you don’t want to use it, swap it out for salt.

You can easily add chicken to this soup, but then you’d be making Caldo de Pollo, or Mexican Chicken Soup.

Or, you can add beef shanks and make Caldo de Res, or Mexican Beef Soup. 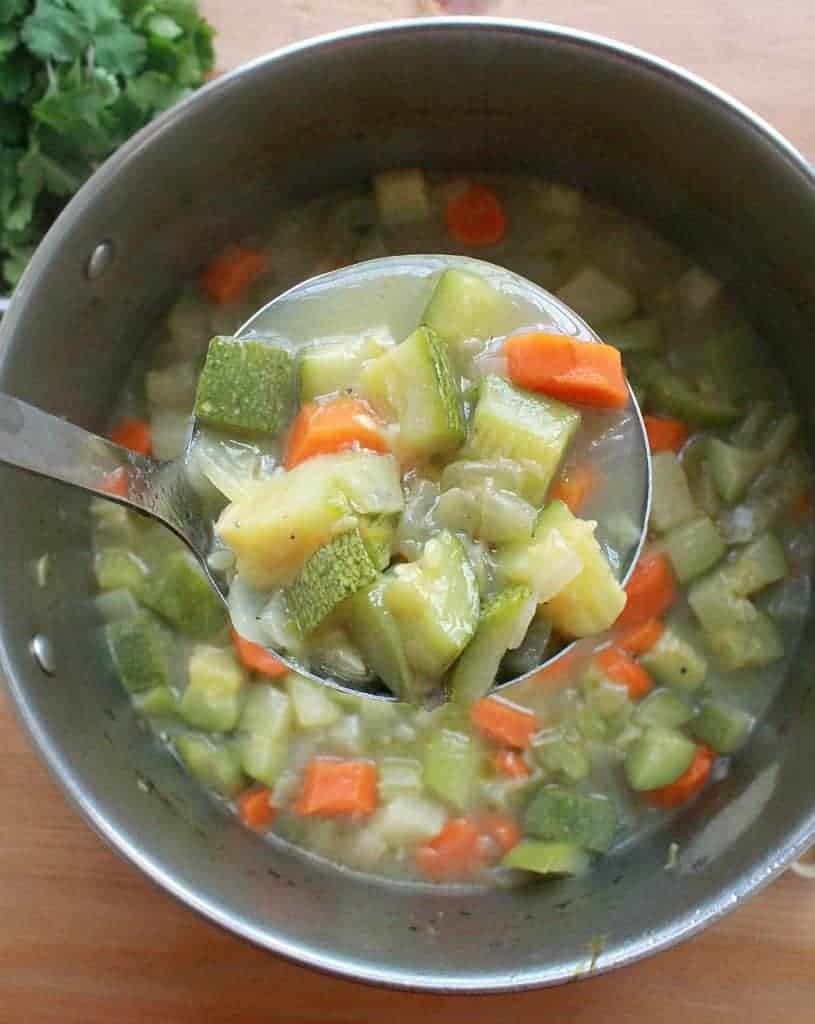 You can make this super soup in the slow cooker too.

I let it simmer for an hour and served it with some tortillas.

My mom would add cooked rice to the bowl. Then ladle a big spoonful of Sopa de Verduras. Yum!

Lime is a must. It adds that freshness and citrusy effect that we all know and love.

If avocado is in season, add a few slices. For my spicy loving friends, add slices of chile de arbol.

You know what sounds good as a topping? Fried tortilla strips! Mmmmmm…

Just writing this is making me hungry. LOL.

If you make too much Caldo de Verduras, or Mexican Vegetable Soup, you can always stick it in the freezer in a sealable bag for 2 to 3 months.

The soup last 3-4 days in the fridge. Eat it sooner than later. 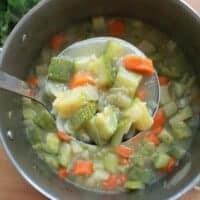 Lime Juice can be added during the cooking process or at the end, right before serving.