Sopa de Fideo (or Mexican Noodle Soup) is a delicious and satisfying soup. An easy-to-make recipe that is Mexican comfort food at its best.
Jump to Recipe Print Recipe 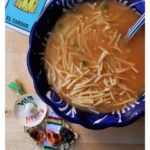 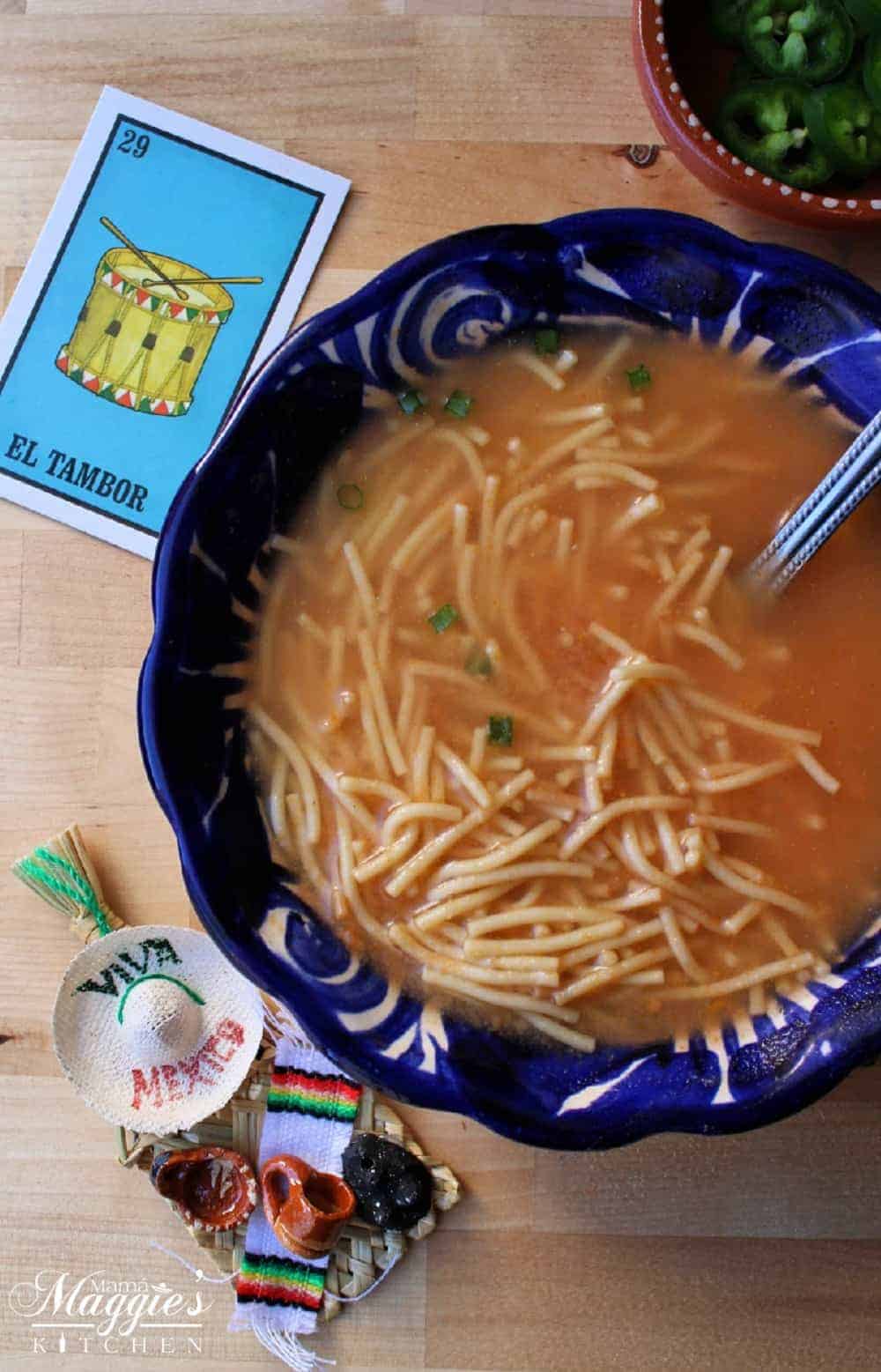 Every Mexican knows Sopa de Fideo. We feed it to our babies when they first start eating.

We then give it to kids when they come home from school, but what is fideo?

The noodle used for this Mexican Noodle Soup is labeled “fideo” and looks like very short, cut angel hair pasta. You might also see it labeled as “vermicelli.” 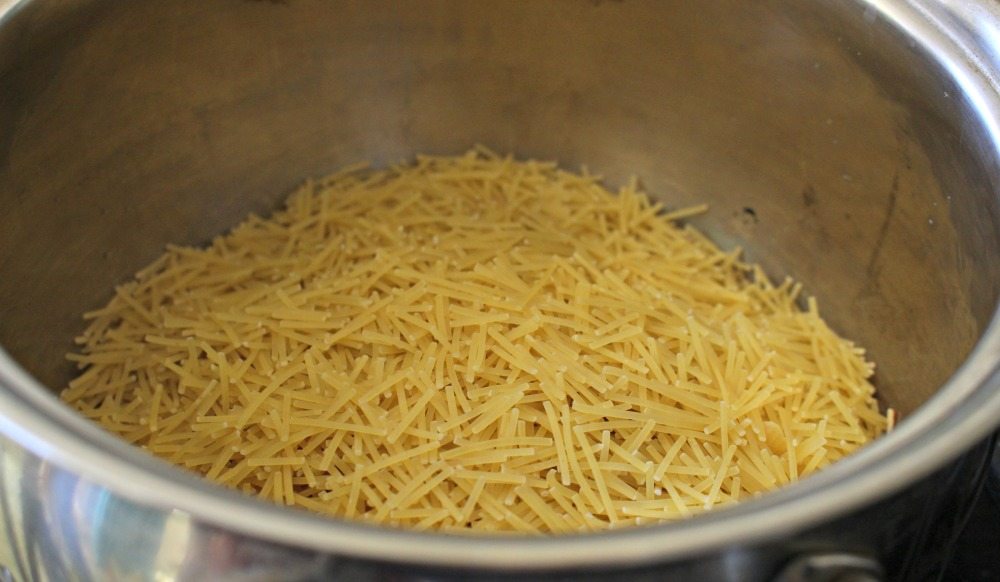 How to Make It

For those of you unfamiliar with this soup, it is not spicy. However, you can make it spicy by adding other ingredients.

This recipe is very different from Fideo Seco which is spicier and more of a side dish than a soup. 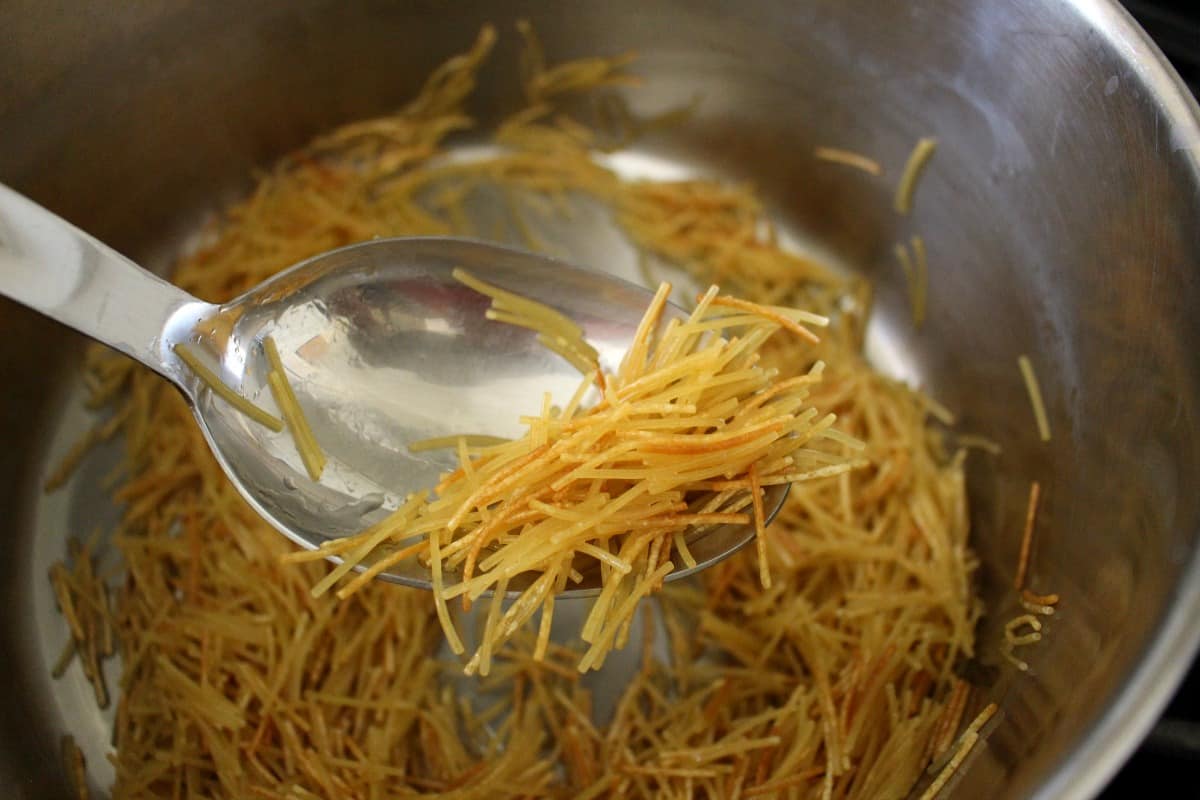 Once the pasta turns golden brown, you’re ready for the next step.

Be careful not to burn the pasta. Sopa de Fideo (Mexican Noodle Soup) cooks quickly because of the thin vermicelli noodles.

What’s the Difference between Soup and Stew? 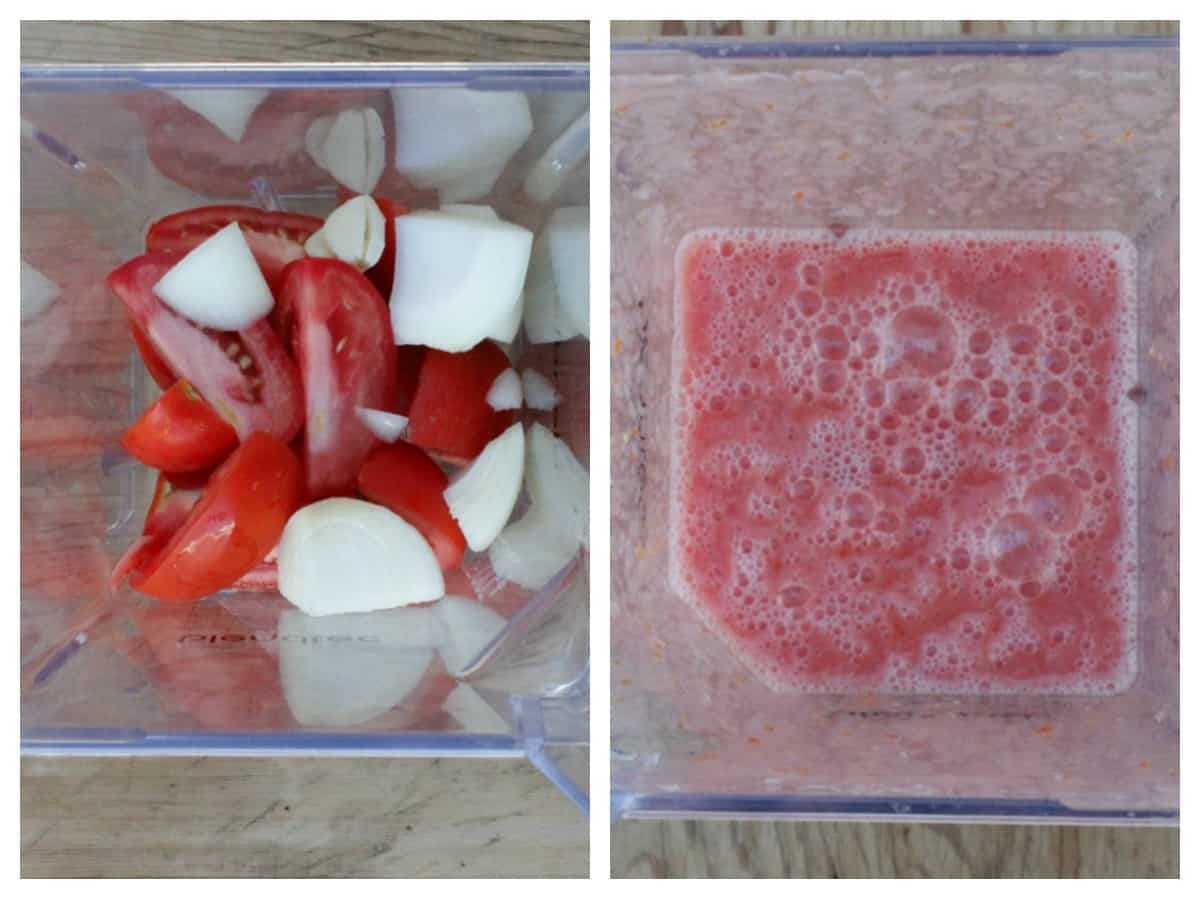 Note: This recipe uses tomatoes, onion, and garlic. You can omit all of these ingredients and use a can of tomato sauce instead.
It is light enough and wholesome enough to eat between lunch and dinner. This is a very basic recipe. Adjust to make it a favorite at your home too!

Stuff to Add to this Soup: 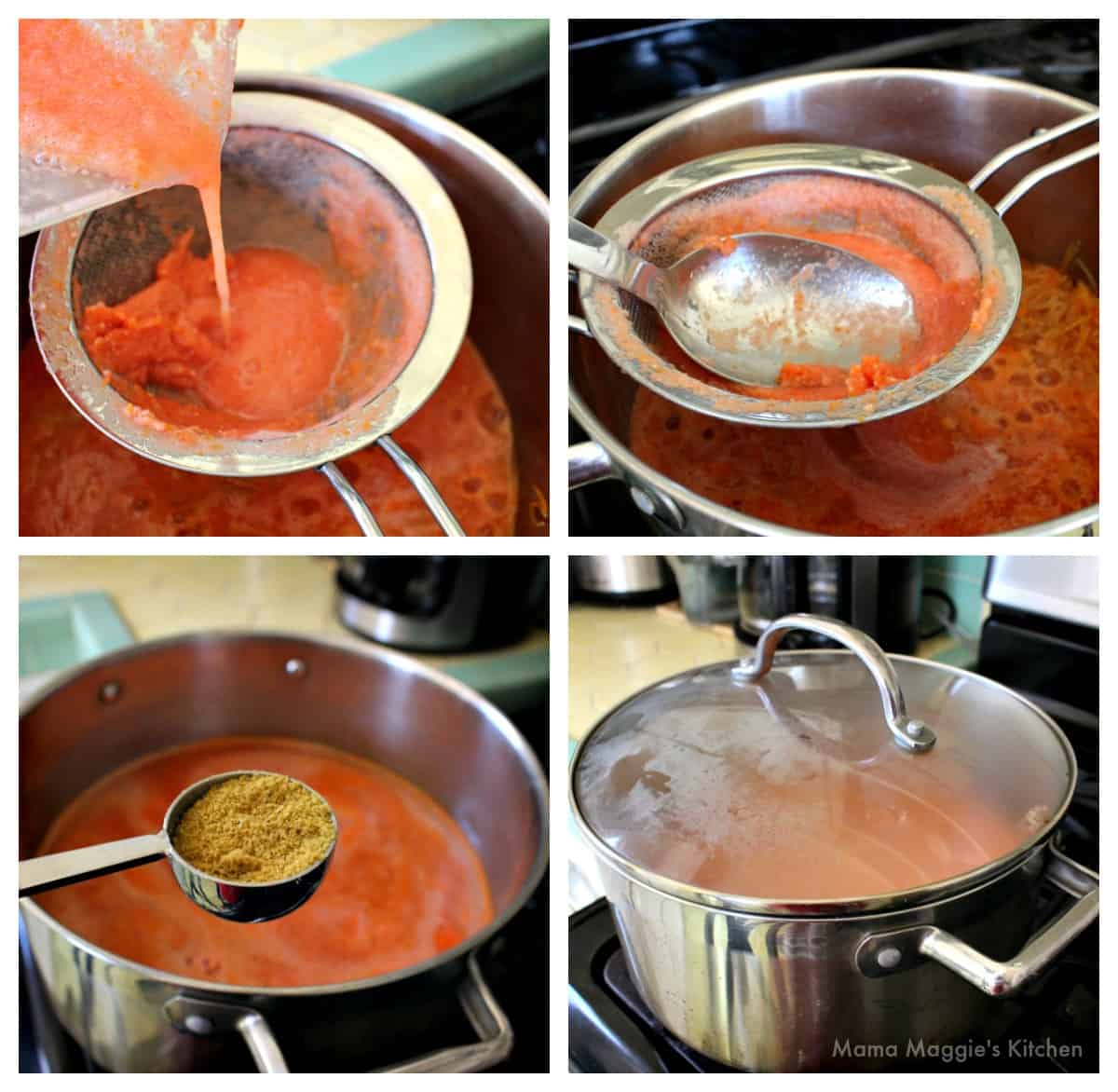 If you’re lucky enough to own one of those mega awesome blenders, you won’t need to strain the tomato sauce.

Add more broth if you like. Homemade chicken broth is BEST for this recipe.

You might see already pre-made Fideo Soup mixes at the store. Just add water. Serve and enjoy! Caution: They tend to be very salty.

For a completely vegetarian or Mexican vegan recipe, use vegetable broth instead of chicken broth or chicken bouillon. 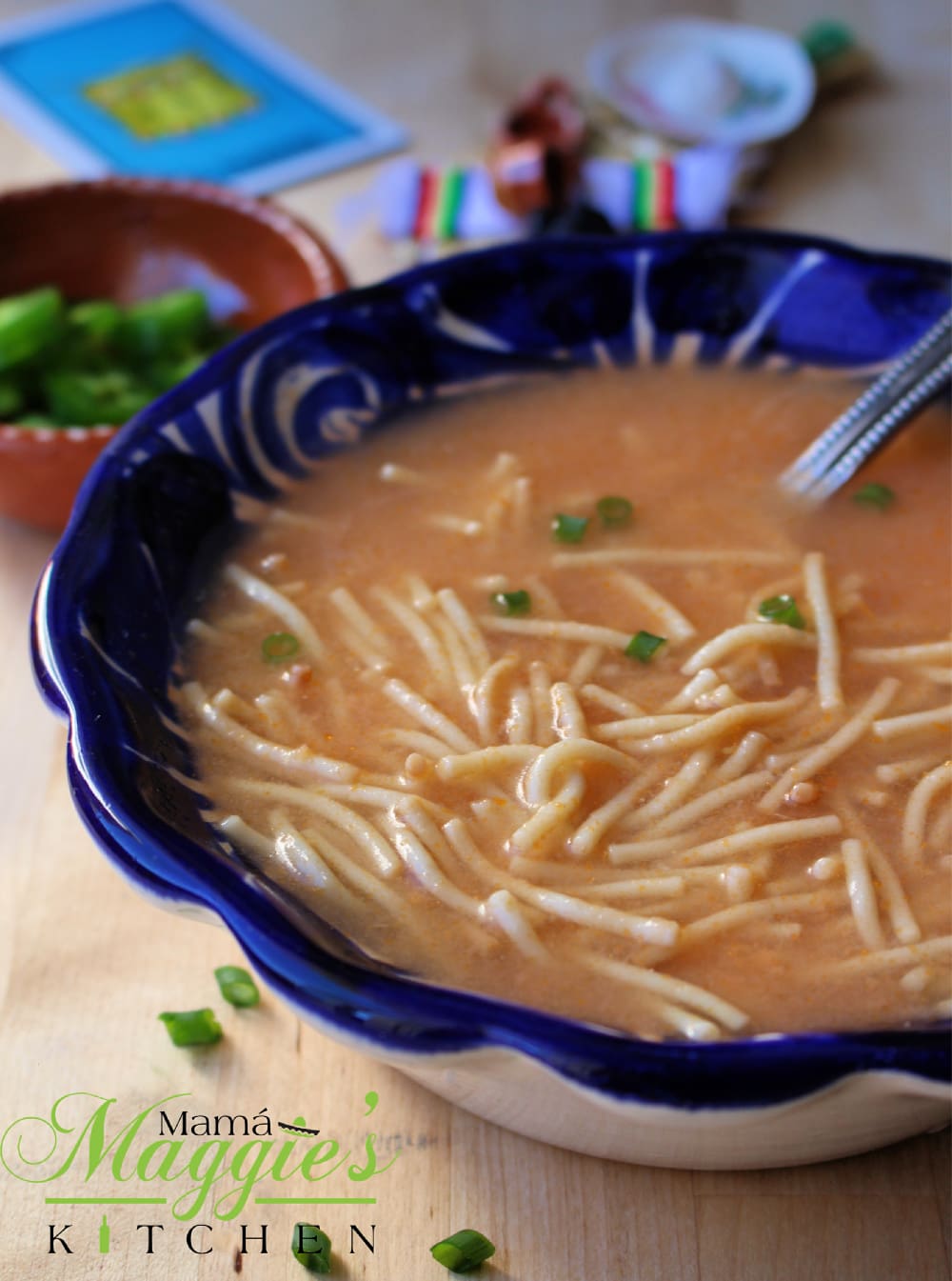 How Long Does It Last?

There is a running joke in the Mexican community that our moms feed us soup even when it’s blazing hot outside. Yes, this is true.

Serve a big bowl of this easy-to-make soup as a starter dish or a light lunch. It’s Mexican comfort food at its best. Hope you enjoy! 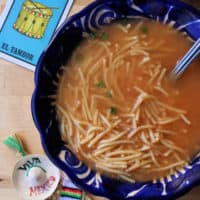 Add more water to the blender, if necessary.  The noodles will soak up the broth. If not serving right away, reserve some of the broth. Mix broth with the soup right before serving.  Instead of homemade tomato sauce: Use 1 8-ounce can of tomato sauce and blend with onion and garlic.  Instead of chicken broth: Use 1 chicken bouillon cube + 6 cups water. For a completely vegan recipe: Use vegetable broth instead of chicken broth. How long does it last?