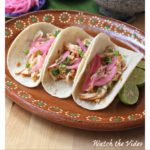 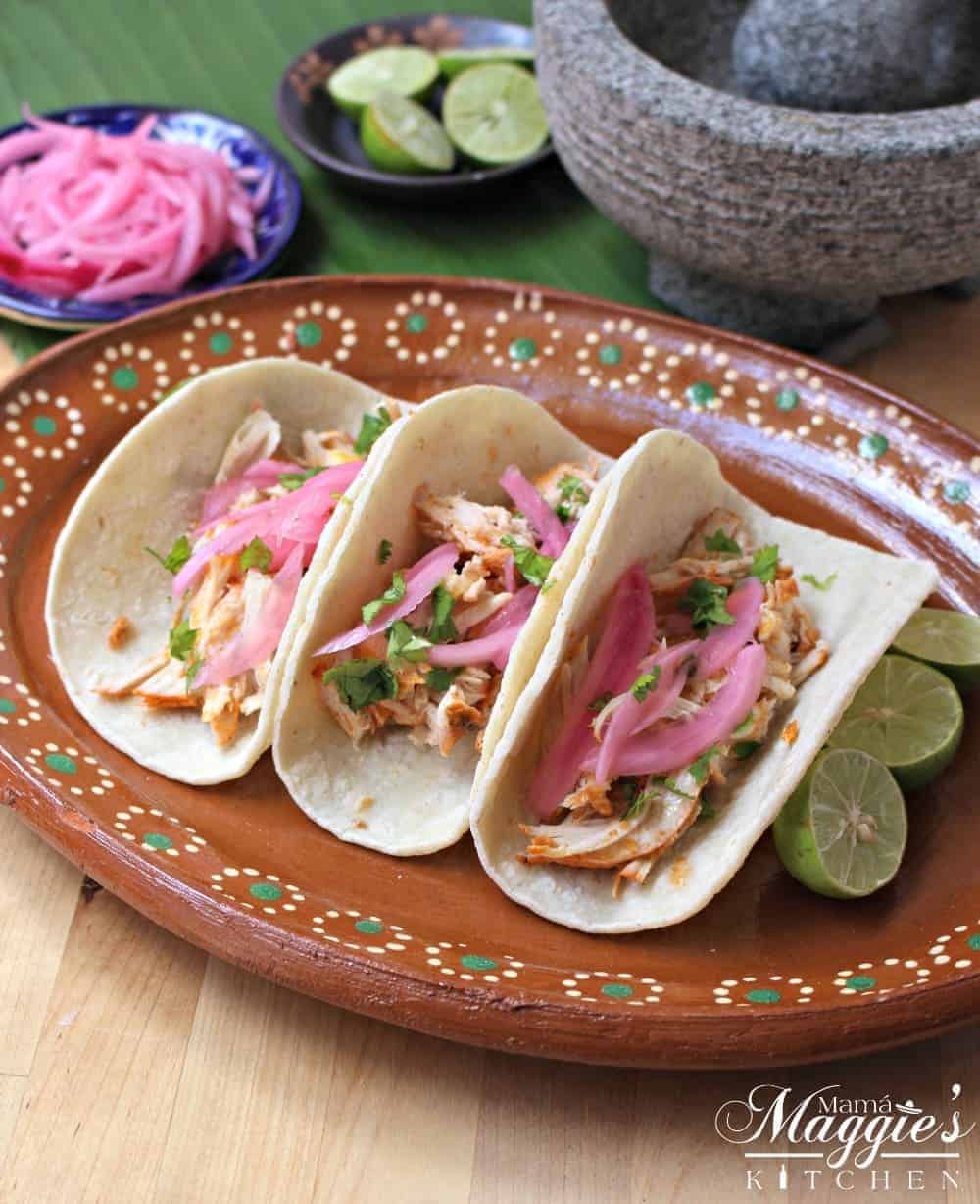 One of the dishes that stands out from my time living in Southern Mexico is Pollo Pibil. It’s very similar to Cochinita Pibil, but instead of pork, this recipe is made with chicken.

Watch the video or check out the step-by-step pictures and instructions below to learn how to make this authentic Mexican recipe from the Yucatan Peninsula.

How to Make the Pibil Sauce 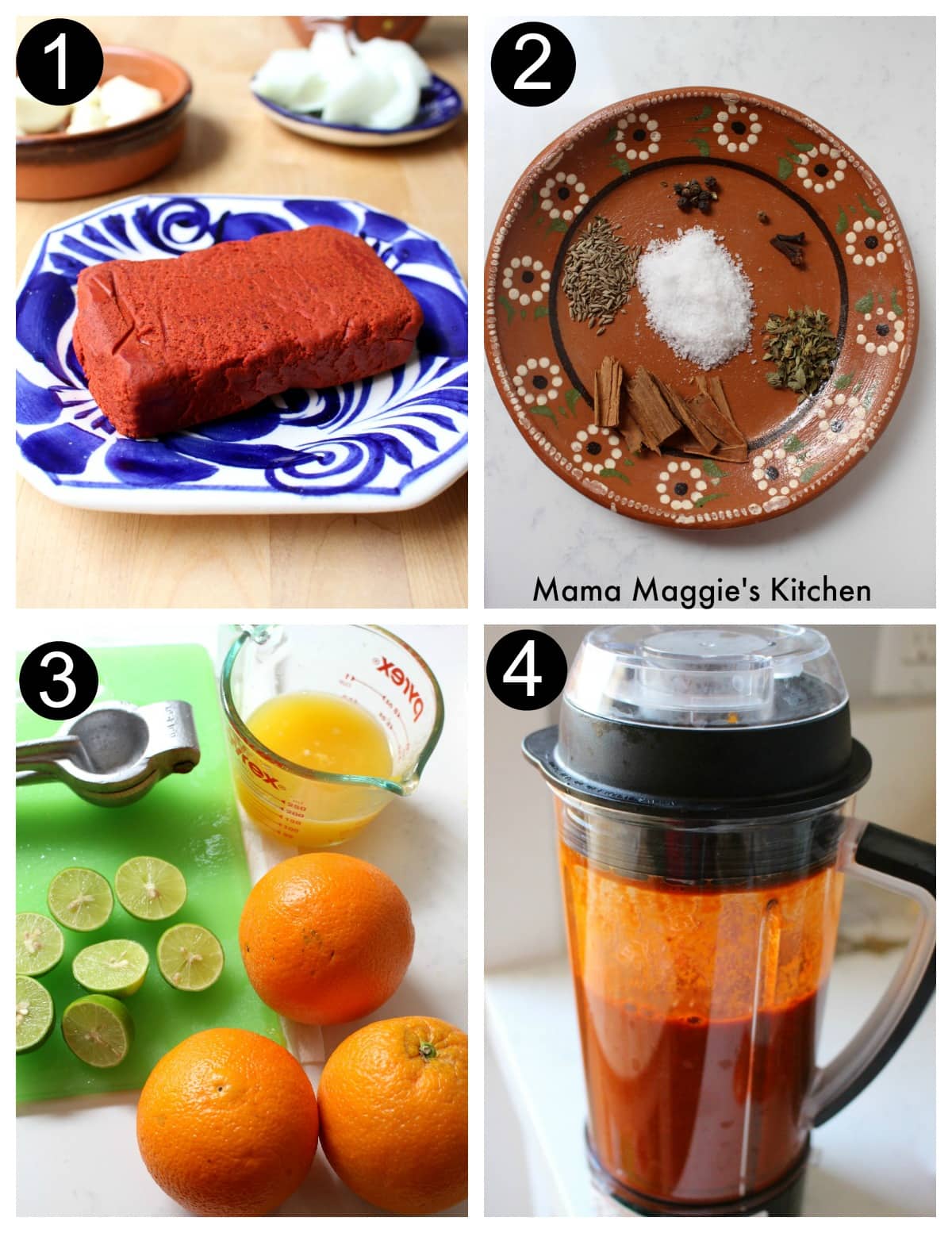 This is the same sauce you need to make Cochinita Pibil.

If you have extra, be sure to freeze for a later date. The sauce can freeze for up to 6 months in a sealable plastic bag.

You can make the Pollo Pibil using any cut of chicken. Chicken breasts were on sale. That’s why I am making this dish with only chicken breasts.

Please note: There are bones in the chicken. Be careful and remove once it is fully cooked.

How to Prepare the Banana Leaves 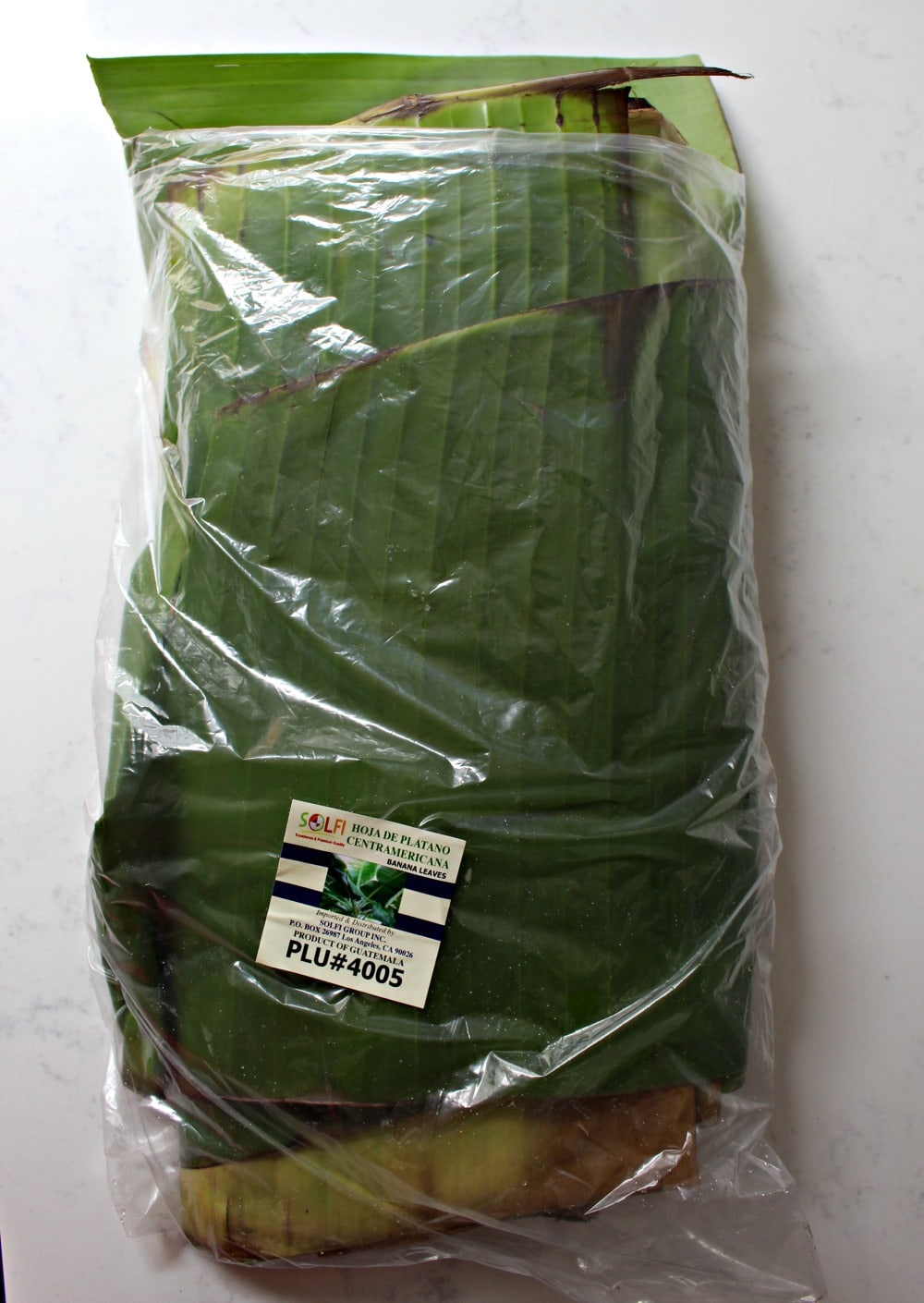 Banana leaves are quite easy to work with. They come in packages like this one.

You will only need 2-3 leaves. Store the rest in the freezer for later use.

Banana Leaves are cheap. You can buy them fresh or frozen at Latin and Asian supermarkets. Look for them in the freezer section or the produce aisle.

If you can’t find them there, you can also buy banana leaves online. (AFFILIATE) 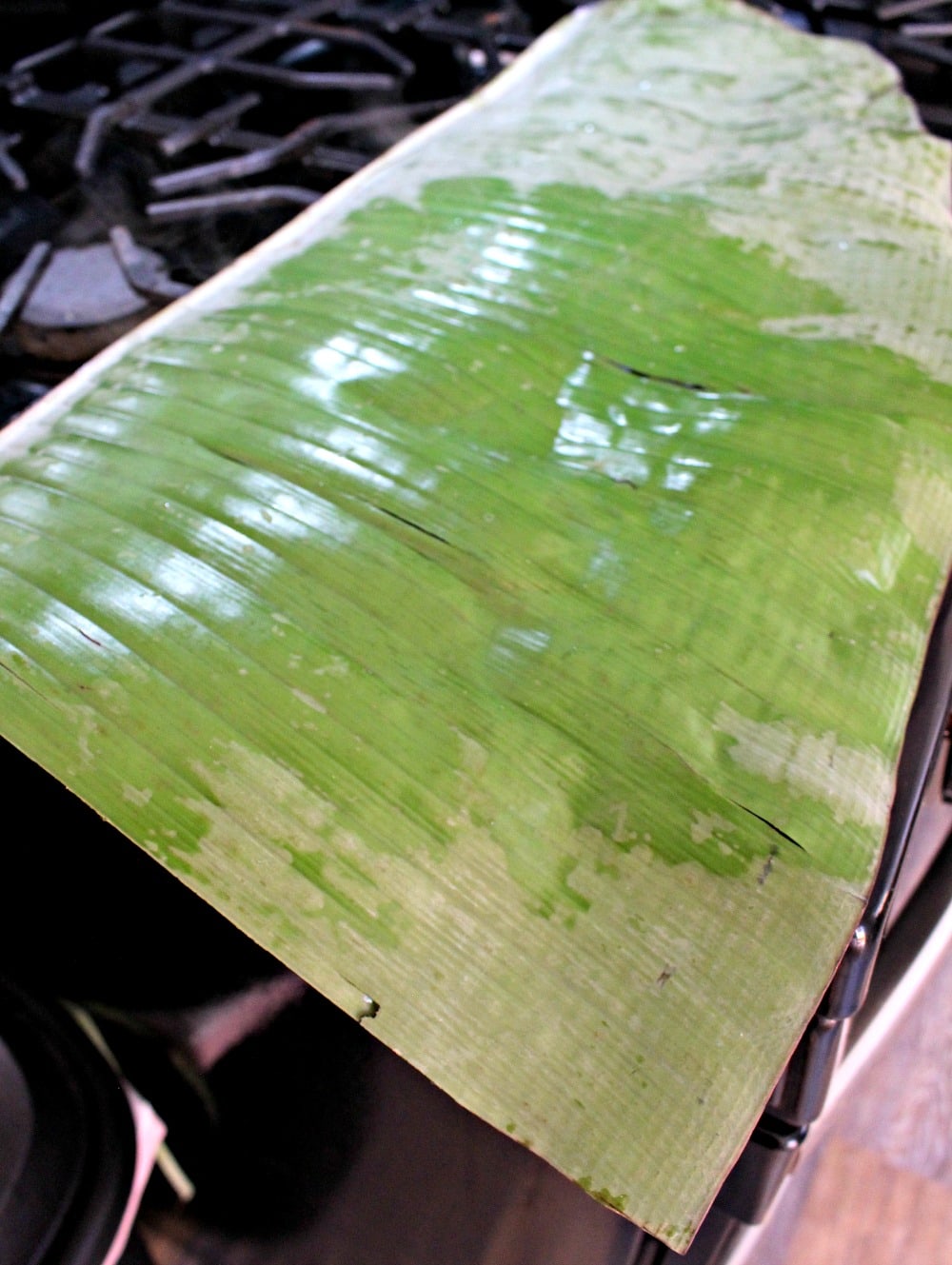 Carefully and quickly place the banana leaf over the stove, moving the leaf as it changes colors to a dark, deep green.

You can also do this over a hot griddle.

What is Yucatán Style?

Any dish made Yucatán Style means that is was either cooked in one of two ways, or both. 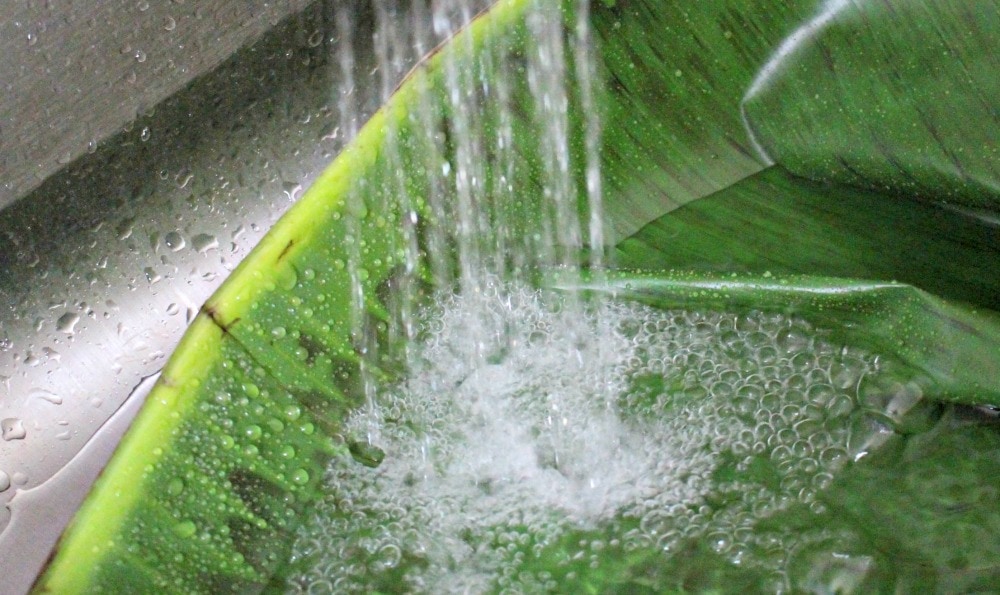 Rinse the banana leaf. It should be pliable and ready to use.

The banana leaves were hanging on trees. They collect dust and bugs. Be sure to rinse them well before going to the next step.

How to Make Pollo Pibil in the Slow Cooker 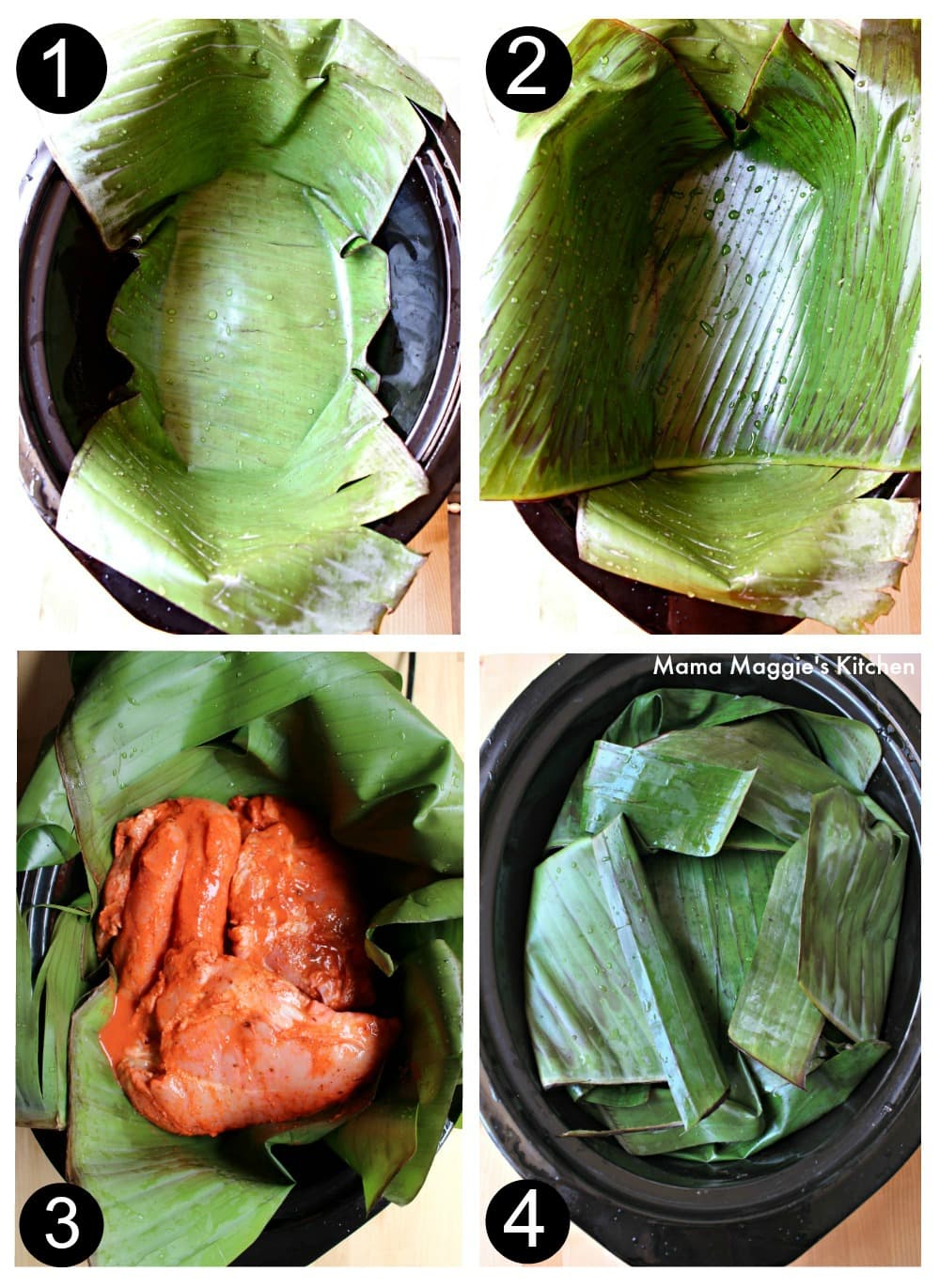 This recipe for Yucatán-Style Chicken is sometimes referred to as “Achiote Chicken.”

Achiote is made from ground annatto seeds. It’s a bright red, almost orange, spice with a pepper aroma and slightly nutty, somewhat sweet, and earthy. 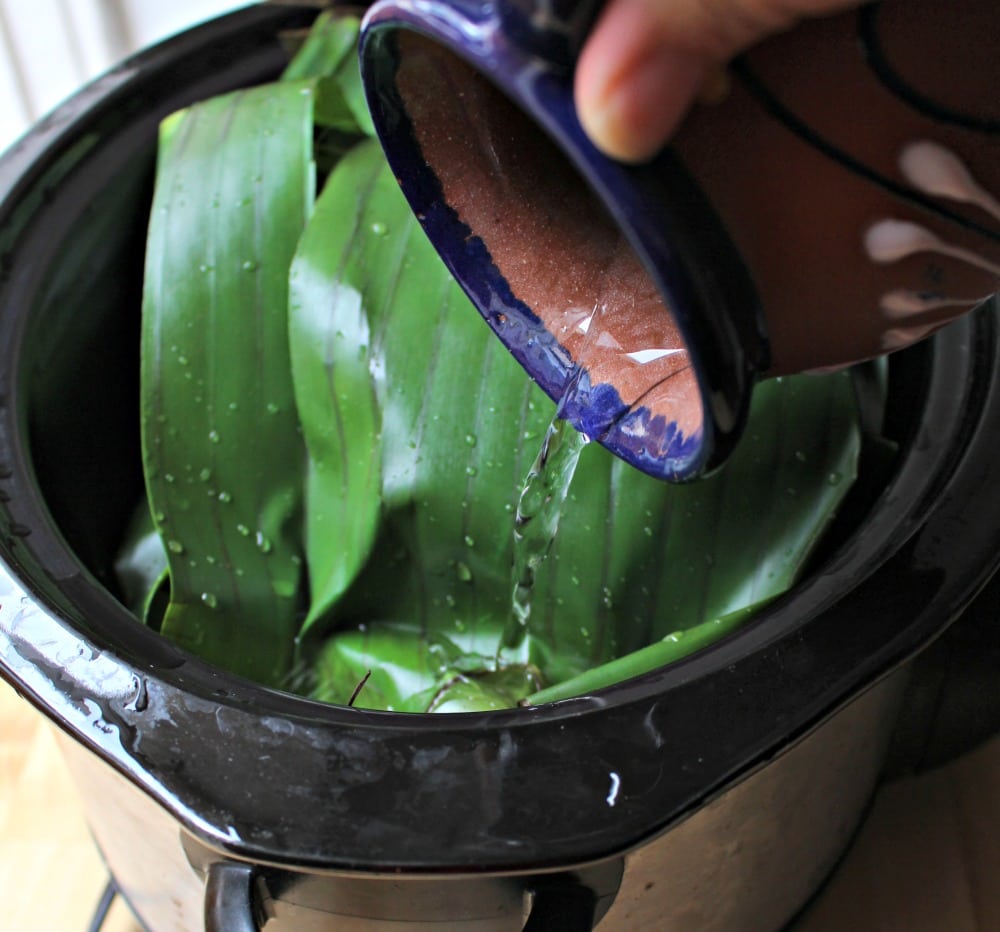 Do not add water directly into the banana leaves where the chicken is.

The chicken should be safe and snug inside.

Can you put raw chicken in slow cooker?

Yes. The chicken will cook in the slow cooker.

However, putting frozen chicken may be unsafe. Thaw the chicken meat, marinate, then place inside the slow cooker. 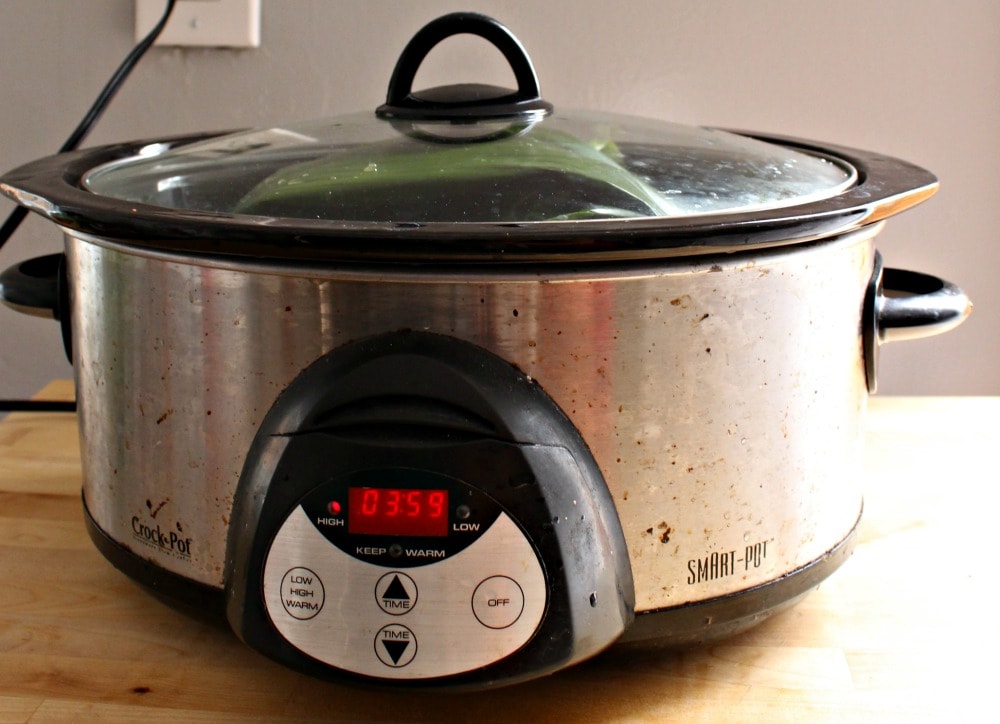 Follow the instructions up until step 9 under “How to Arrange Chicken in Slow Cooker.”
Cover with the lid. Heat the oven to 400 degrees F.
Bake until chicken is tender. 2 ½ hours.

Follow the instructions up until step 3 under “How to Arrange Chicken in Slow Cooker.”
Place the metal trivet inside the instant pot. Add ½ cup water.
Put one piece of the banana leaf in the pot, put the second piece criss cross, making an X.
Add the marinated chicken in the center of the leaves.
Fold the leaves over the chicken to secure them inside the leaves.
Lock the lid. Move valve to “Sealing.”
Cook on High Pressure for 60 minutes.
Full natural release for 20 minutes. 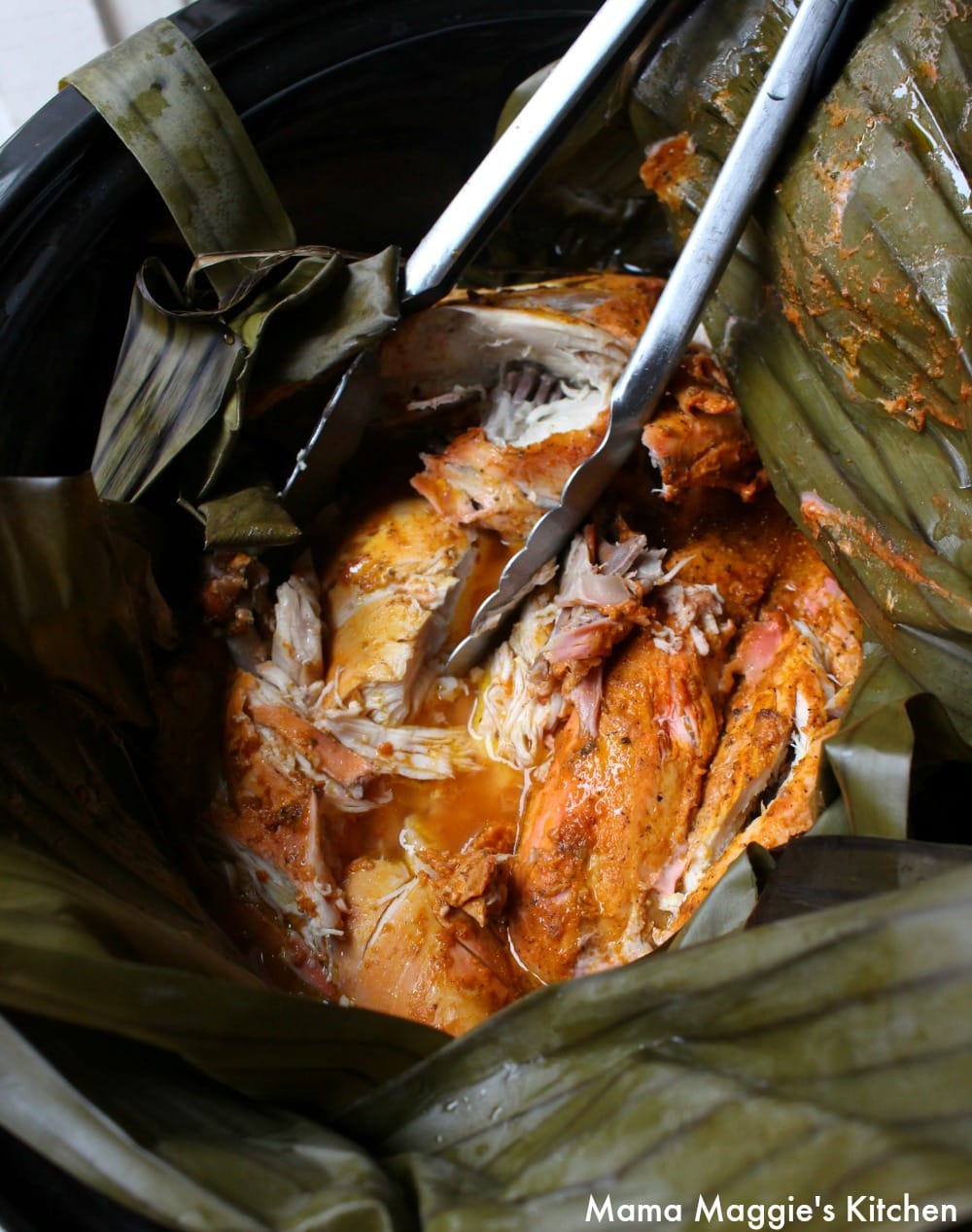 Once the Yucatan-Style Chicken is ready, remove the lid and open the banana leaves.

This recipe is similar to Birria de Res or Menudo in that it will feed a lot of people. It’s also a celebration dish. Perfect for parties and family get togethers.

How long does Pollo Pibil Last?

Pro Tip: When reheating frozen Pollo Pibil, add some of the remaining pibil sauce. For 2 cups of cooked pollo pibil, add ¼ of the marinating sauce. It will help in getting rid of the frozen flavor. 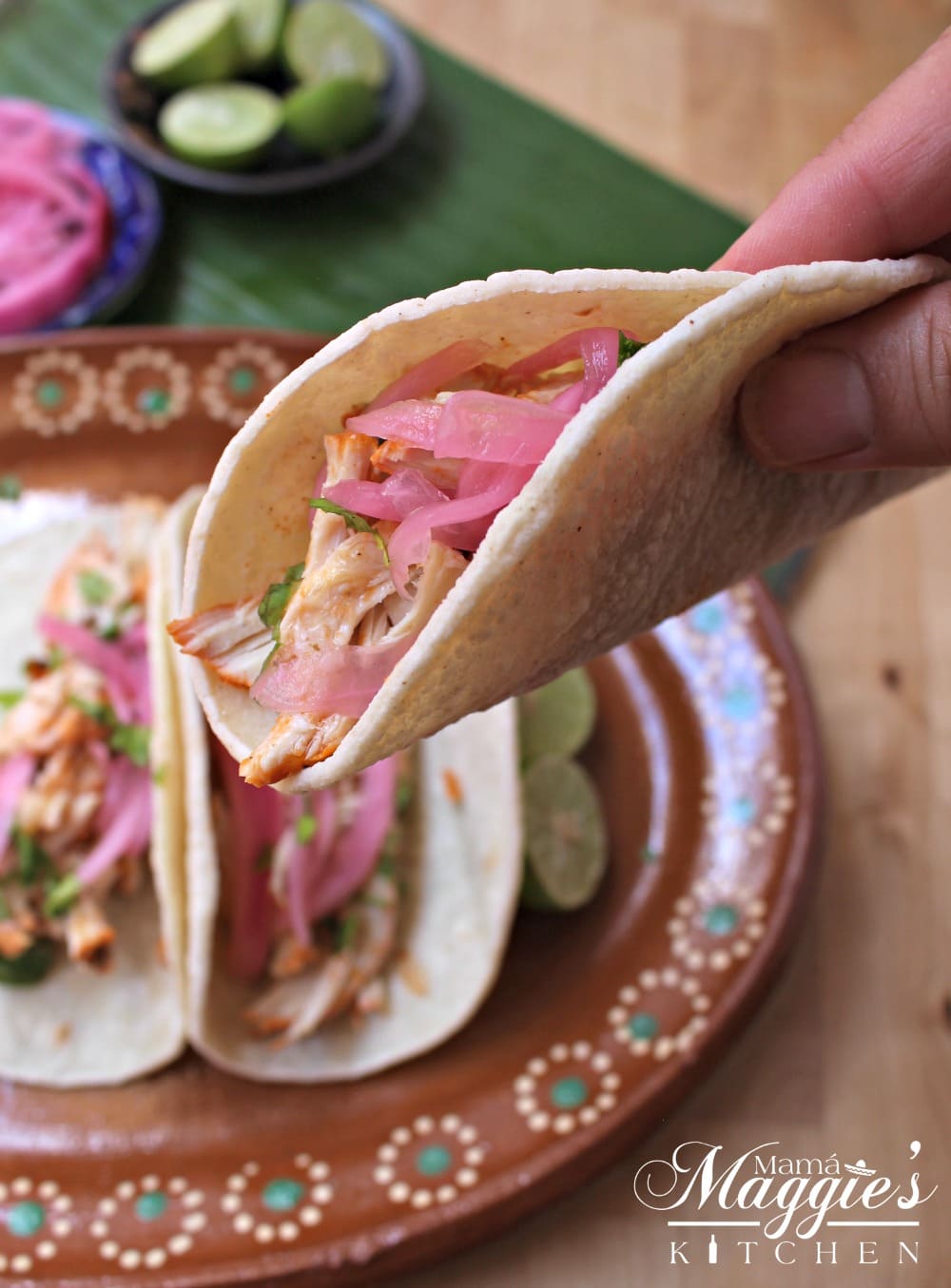 What to serve with Pollo Pibil Tacos?

The best part about this Mexican recipe is that you can make it ahead of time. Turn the slow cooker on in the morning, and serve to your guests with minimal effort.

Pollo Pibil is sure to be a crowd pleaser. Hard to resist and easy to enjoy! 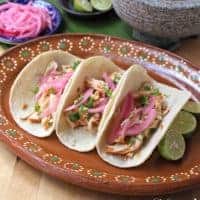 How to Arrange Chicken in Slow Cooker

If you have extra sauce, be sure to freeze for a later date. The sauce can freeze for up to 6 months in a sealable plastic bag. You can make the Pollo Pibil using any cut of chicken. Be sure to remove any chicken once it is fully cooked. You only need 2-3 banana leaves. Store the rest in the freezer for later use. You can buy banana leaves fresh or frozen at Latin and Asian supermarkets. Look for them in the freezer section or the produce aisle. Any dish made Yucatán Style means that is was either cooked in one of two ways, or both. Banana Leaves collect dust and bugs. Be sure to rinse them well.  Do not put frozen chicken in the slow cooker.  HOW LONG DOES POLLO PIBIL LAST? Dutch Oven and Instant Pot versions for this recipe are in the blog post.