Espagueti a la Crema (or Spaghetti with Ham and Cream Sauce) is a busy mom’s best friend. This classic Mexican recipe comes together in under 30 minutes. Delicious and oh so tasty!
Jump to Recipe Print Recipe 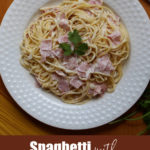 Espagueti a la Crema (or Spaghetti with Ham and Cream Sauce) is a busy mom’s best friend. This classic Mexican recipe comes together in under 30 minutes. Watch the video or follow the step-by-step pictures below. 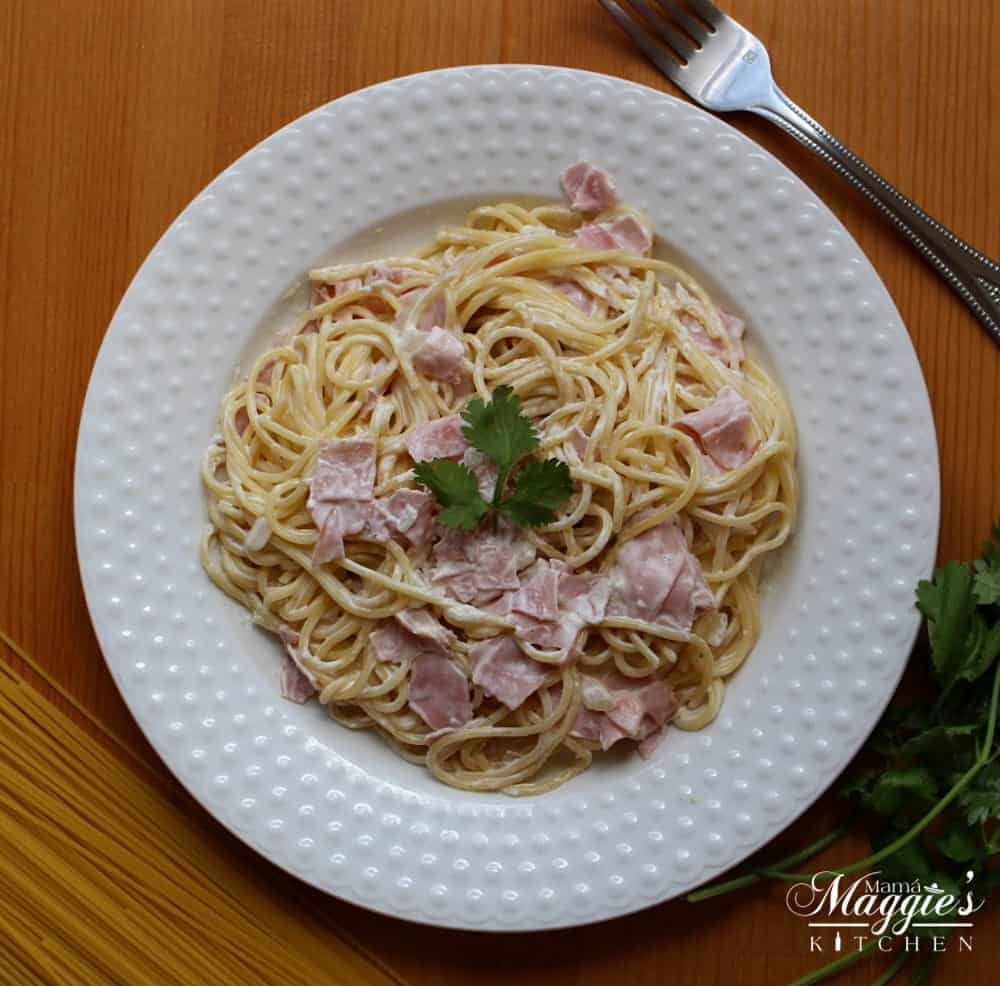 You’re going to love this recipe! Espagueti a la Crema is one of my childhood favorites. I can see why it was one of my mom’s go-to dishes. It’s super duper easy and so yummy. Now, as a busy mom myself, it’s one of my go-to meals. 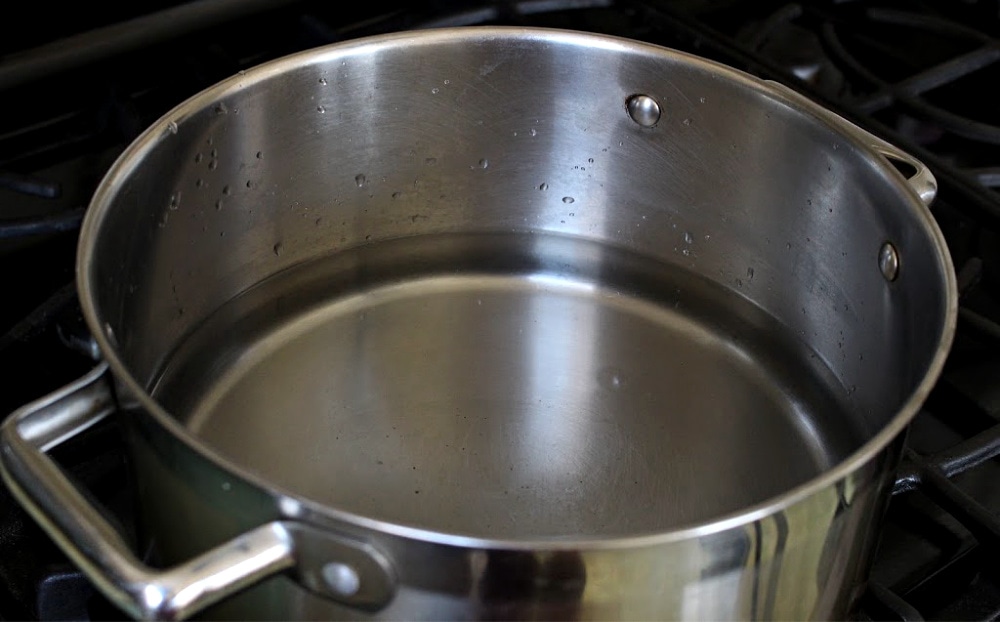 Add water to a large pot and bring to a boil. Cover the pot. It will come to a boil quicker if there’s a lid. I do not kid. Ha! 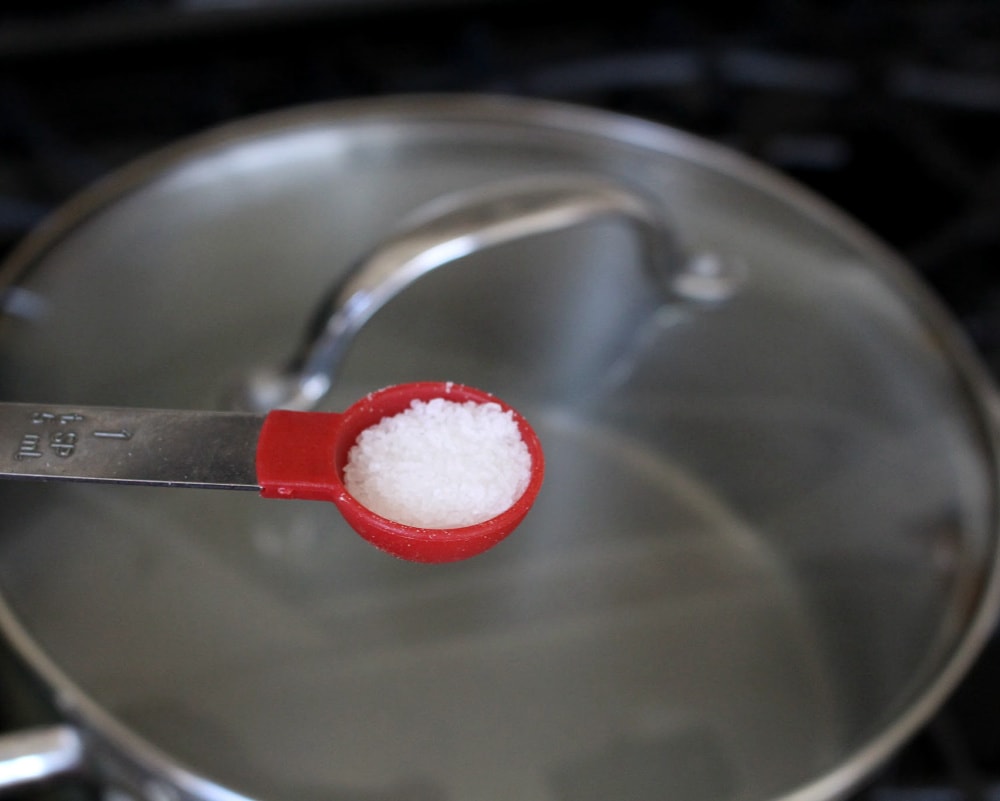 Salt is something of a must. The pasta does not come seasoned. I’ve developed an addiction to sea salt from Baja California. I may never go back to iodized salt again! 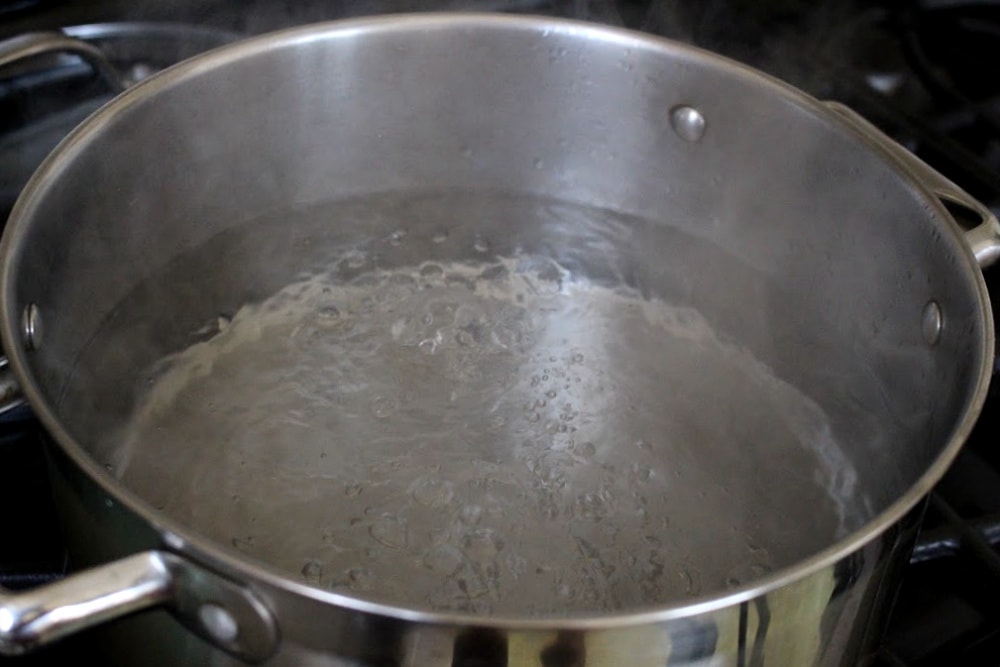 Uncover and add the salt. Give this a second or two. The boiling water will be roaring. I am water. Hear me roar. LOL. 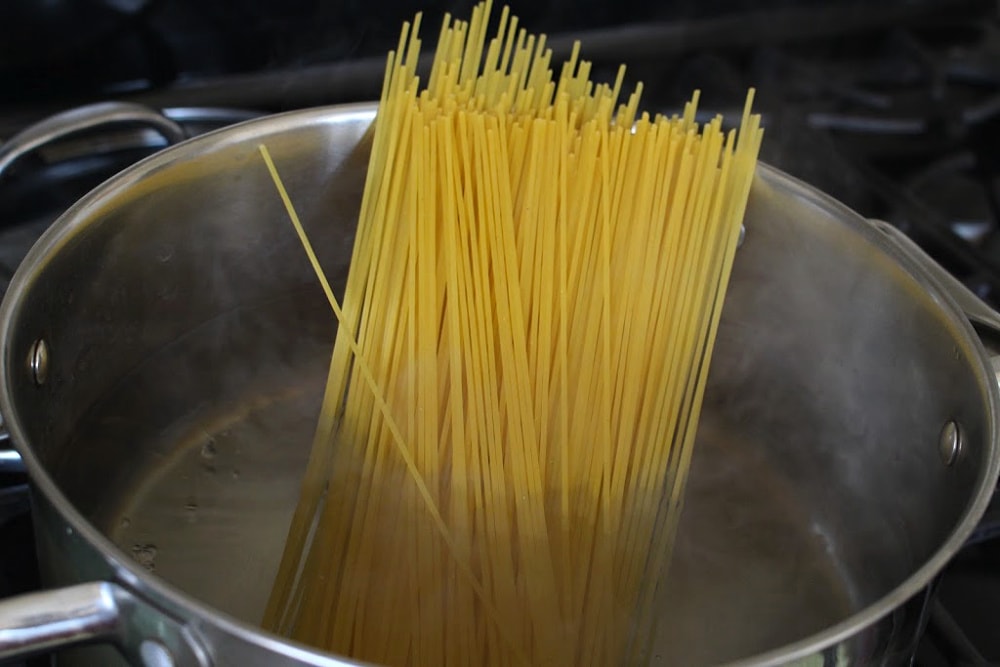 I’m using regular spaghetti. Angel hair spaghetti works well too. What I like about Espagueti a la Crema is that the ingredients are ingredients you might already have on hand.

Tidbit: 95% of the pastas consumed in Mexico is spaghetti. 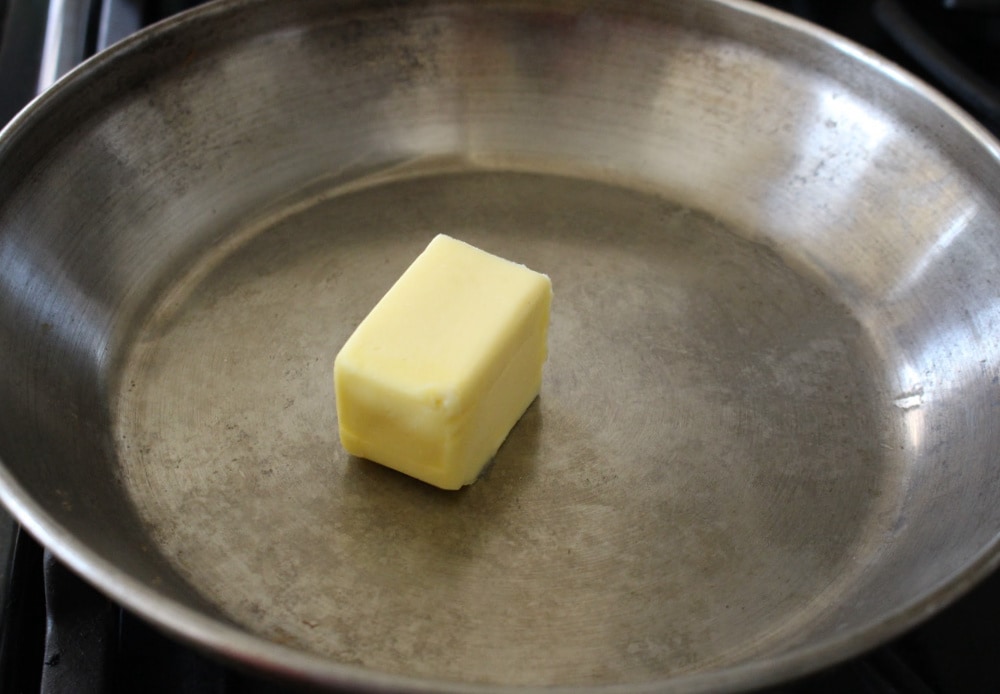 In the meantime, make the sauce. Start by adding half a stick of butter in a large skillet. Forget fake news. Don’t use fake butter. Only the real deal will appeal. 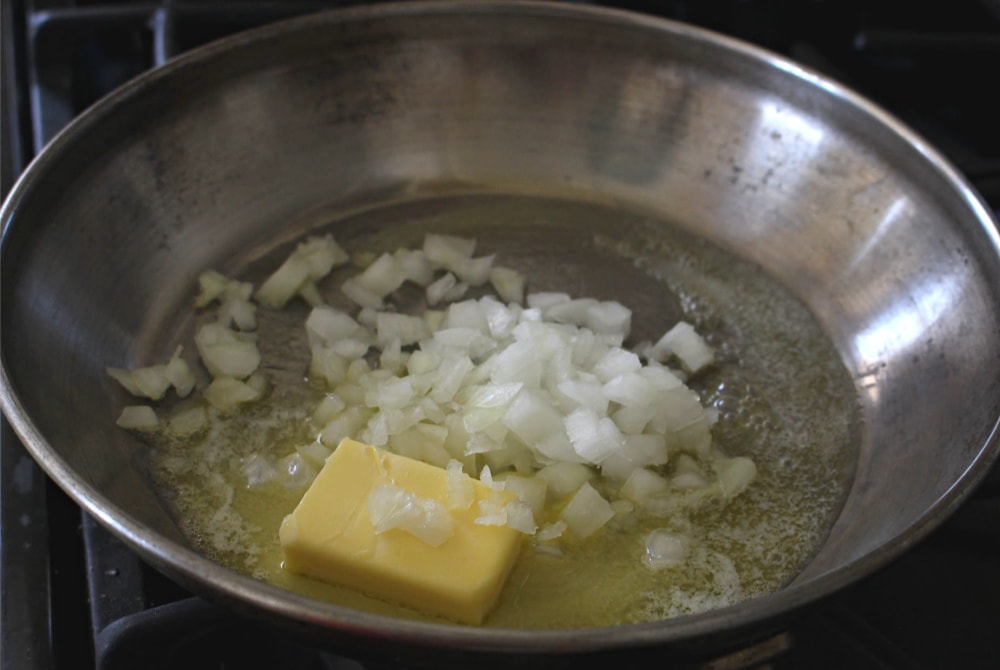 This is diced onion. Dice is nice. Don’t go too far away. It won’t take long to cook. Maybe 1-2 minutes. 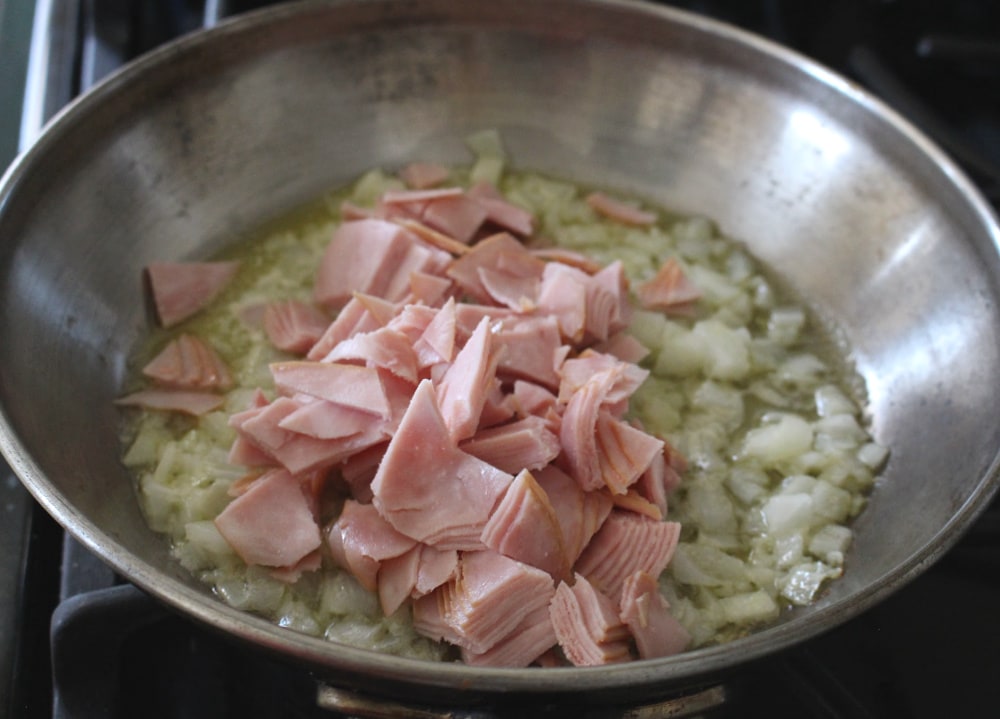 Got leftover deli ham? I sure do! My husband loves a good Torta de Jamón. We’re often left with more than half a package in the fridge. Chop it up and make Espagueti a la Crema. 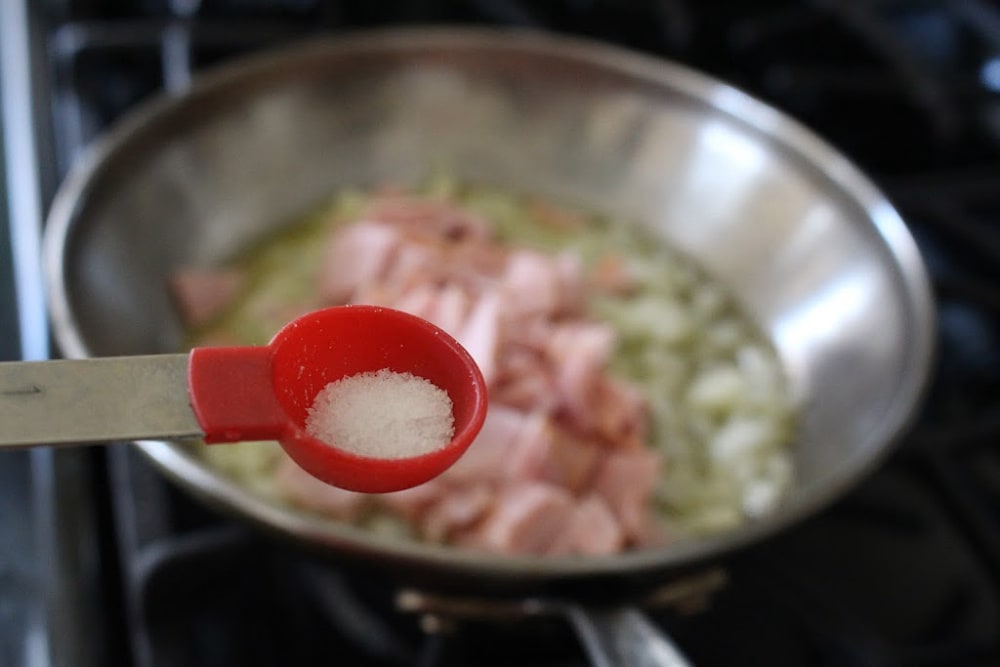 More salt… This time it goes into the skillet. Don’t kill it. Start small. That’s why I’m only adding ½ teaspoon. It might even need more salt. Taste as you. 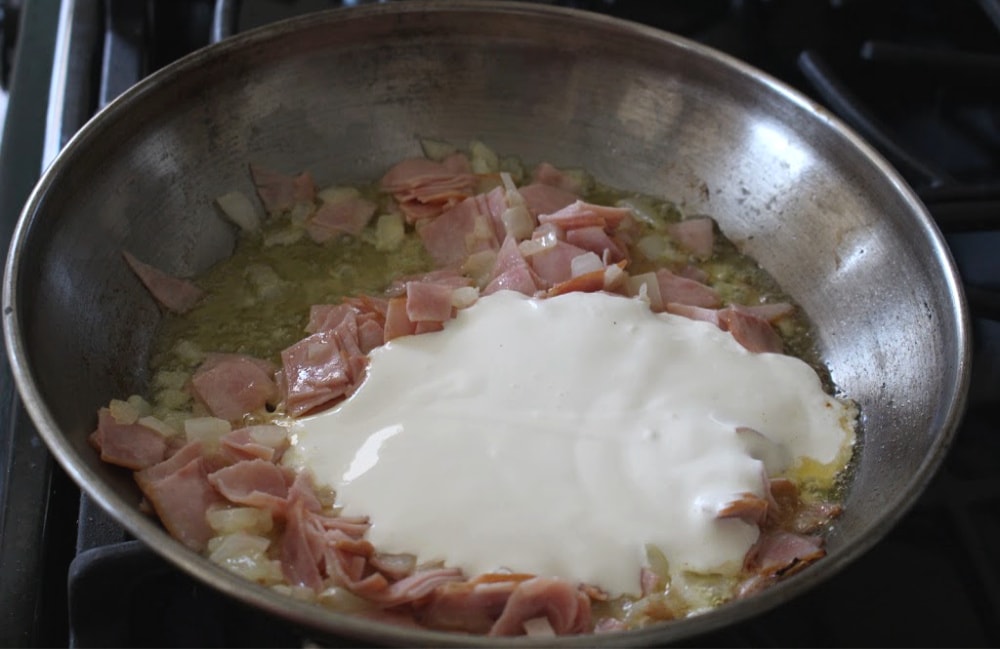 I am using crema mexicana. However, you can also use sour cream. If you like it creamier, add cream cheese. Let it melt slightly, then add the crema mexicana. Creamy is oh so dreamy. 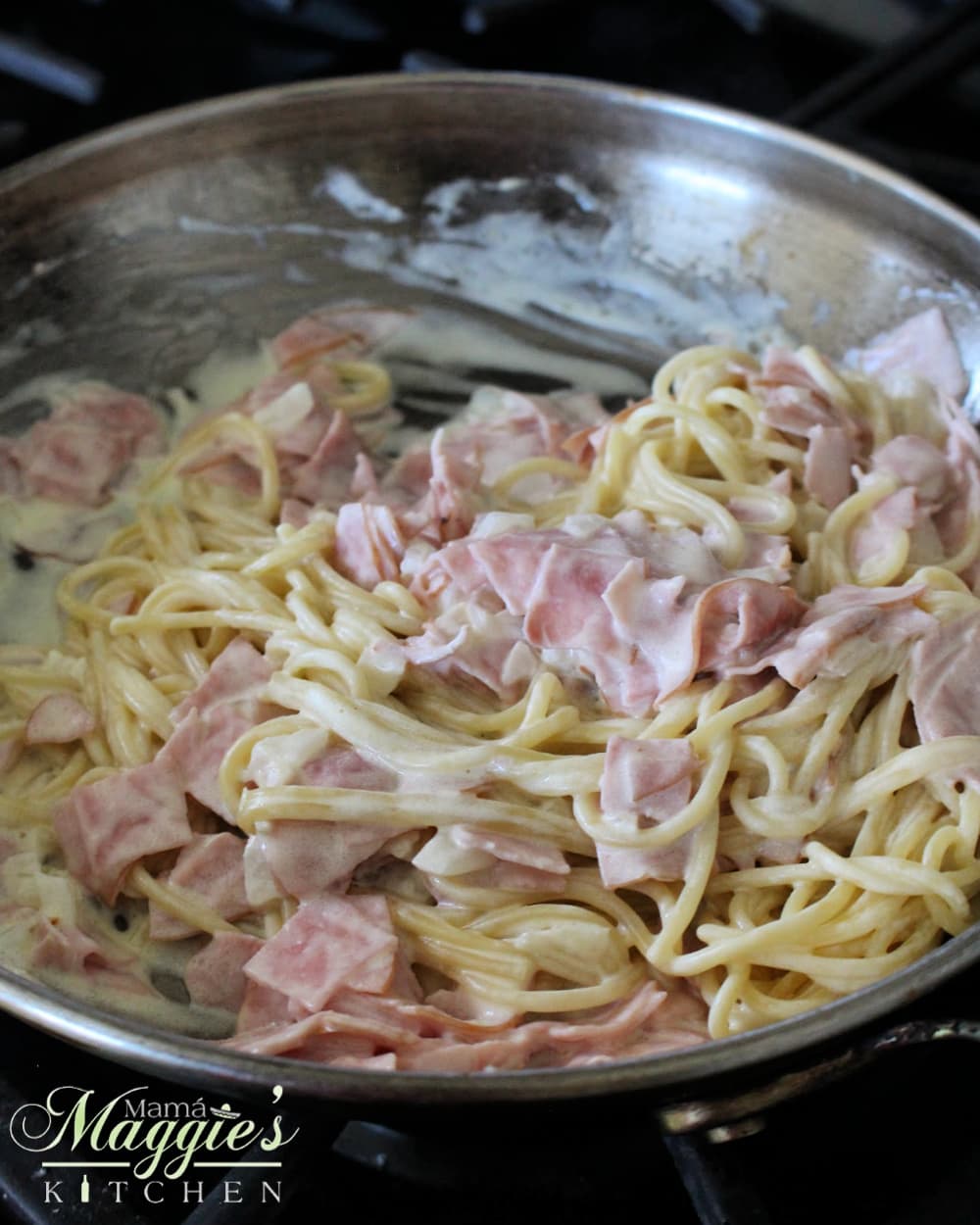 Time to add the cooked spaghetti to the pot. Mix well to combine. If you’re into spice, top the Espagueti a la Crema with some chopped chipotle in adobo sauce. 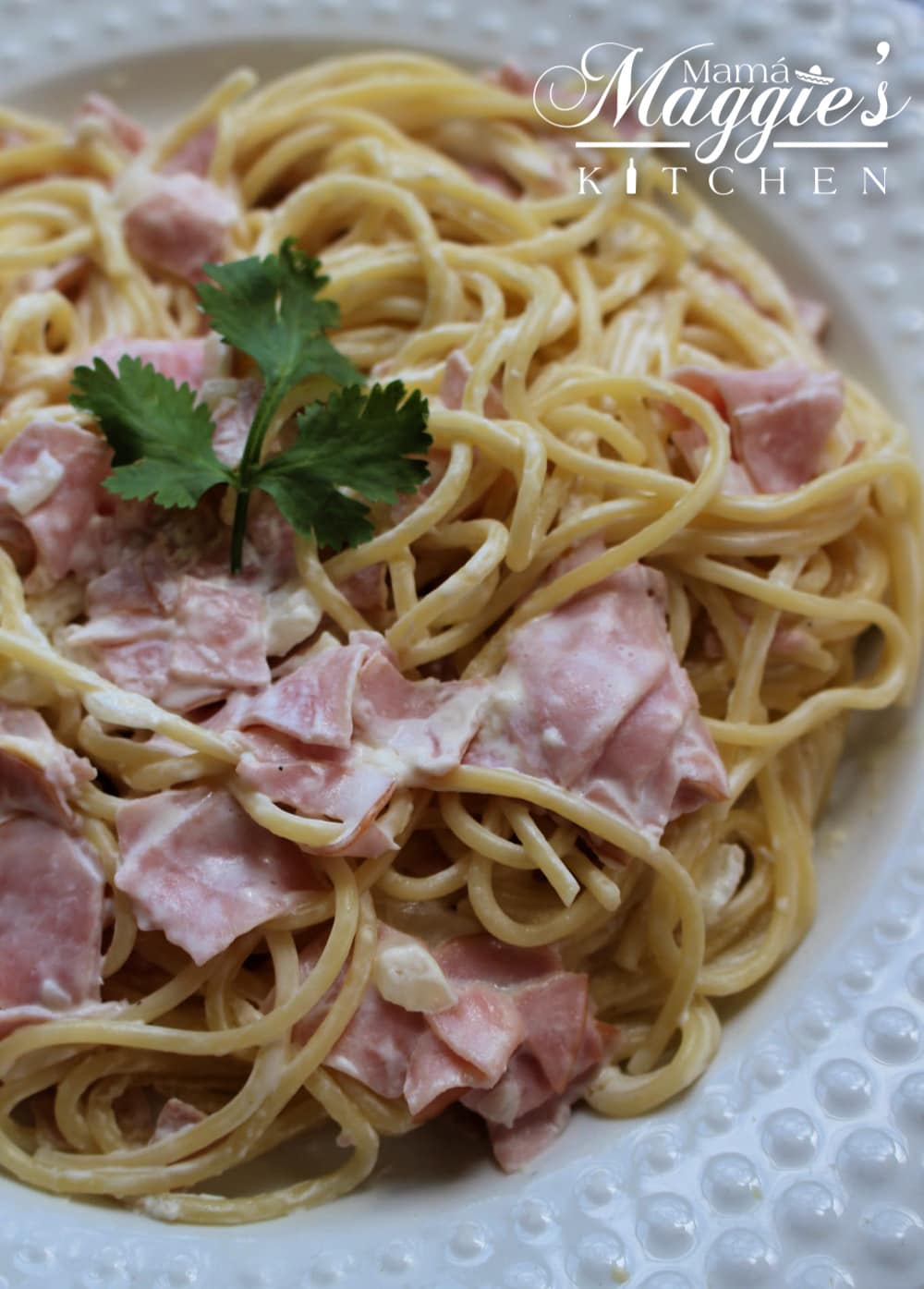 Espagueti a la Crema is a yummy and easy recipe that’s perfect for busy weeknights. You can also add peas, spinach, and / or mushrooms to make it a more complete meal. Hope you enjoy!

History Lesson: How did Luigi get to Mexico, and what did Mario serve him?
Hard to believe, but Italians have been around Mexico for a long, long time. The Conquistadors arrived with Italian priests and monks of the Franciscan and Dominican Orders. It wasn’t until the late 19th century, though, that mass groups of Italians moved to Mexico. Italians have also played a big part in the gastronomy of Baja California, Mexico. For example, the Cesar salad was invented by an Italian immigrant to Mexico, and L.A. Cetto is one of the most notable wineries in the Valle de Guadalupe and produced by an Italian-Mexican family, the Cetto family. 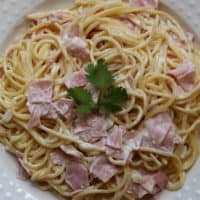 If you don't have sour cream or crema mexicana, you can also use plain yogurt.  If you like it creamier, add cream cheese.  For a spicier dish, top the Espagueti a la Crema with some chopped chipotle in adobo sauce.