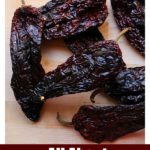 What is an ancho chile? It is one of the most popular dried chiles in Mexico and in Southwestern cuisine.

This mild and earthy chile is extremely versatile and used as the base for many stews, sauces, and more. 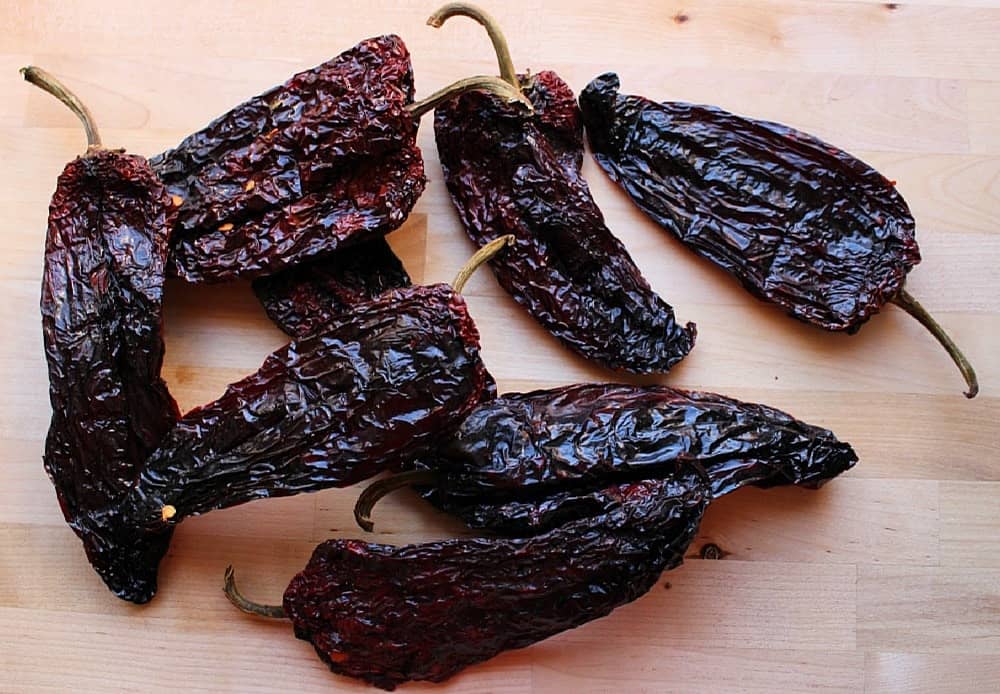 There are some dried chiles that I can’t be without. Just like salt or oil, chiles are a must in my kitchen. One of them: Ancho Chile

Ancho Chile is the key ingredient in making Adobo Sauce.

Think of a fresh, green poblano pepper. This is the same pepper that when roasted, we use to make rajas as in Papas con Rajas or Rajas con Crema. It is also the same chile to make chile relleno. 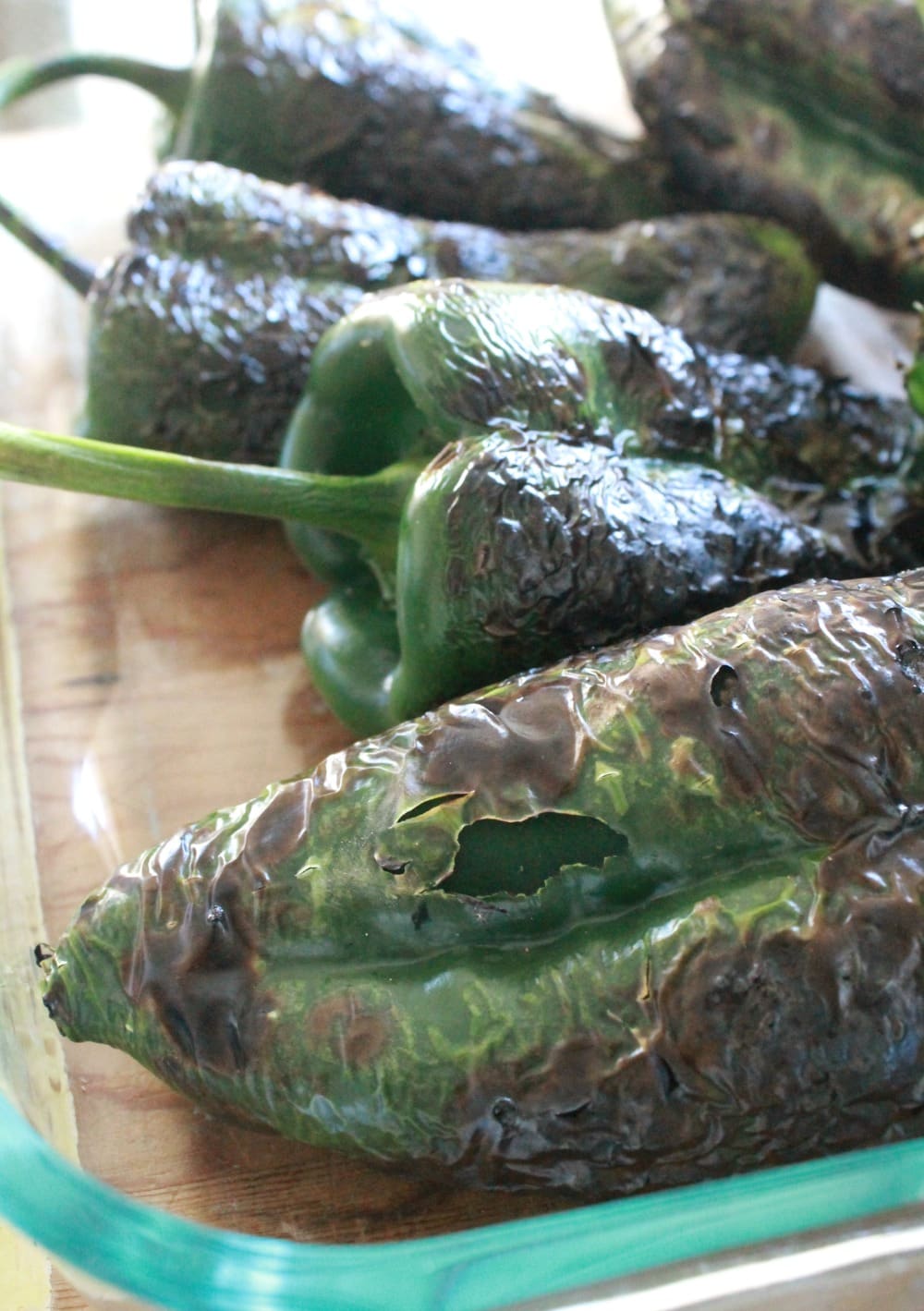 If they are allowed to ripen, poblano peppers turn red and have some sweetness to them.

That’s why an ancho chile is red while the poblano pepper is green.

It is one of the most popular chiles in Mexico because of how versatile it is.

Unlike some unknown or regional chiles, you can find Ancho Chile in just about any part of the Mexican Republic and most US grocery stores with a Latino section.

How to Use It

You can grind them up in a spice grinder and continue with the recipe in that way. Some people will make mole, stews, or chili when ground.

It is sometimes referred to as “Ancho Powder.”

Or, you can reconstitute a dried ancho chile.

How to Reconstitute It 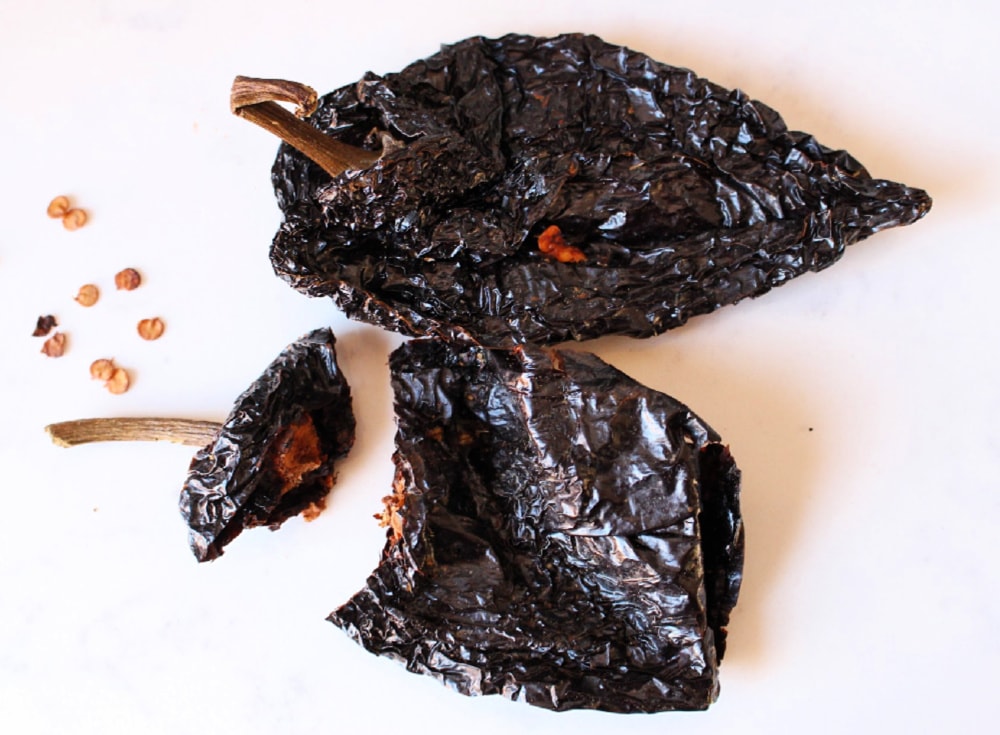 To reconstitute: Start by removing the stem with your kitchen shears.

The reconstituted chiles will disperse their heat more evenly. 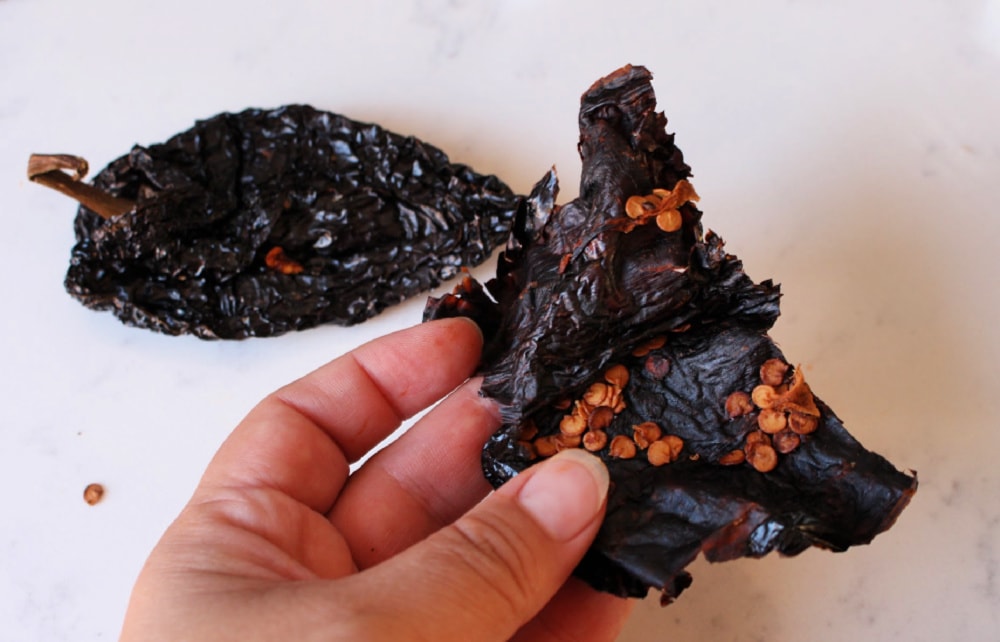 Most recipes that call for reconstituted chiles involves straining, and you can eliminate the seeds then. 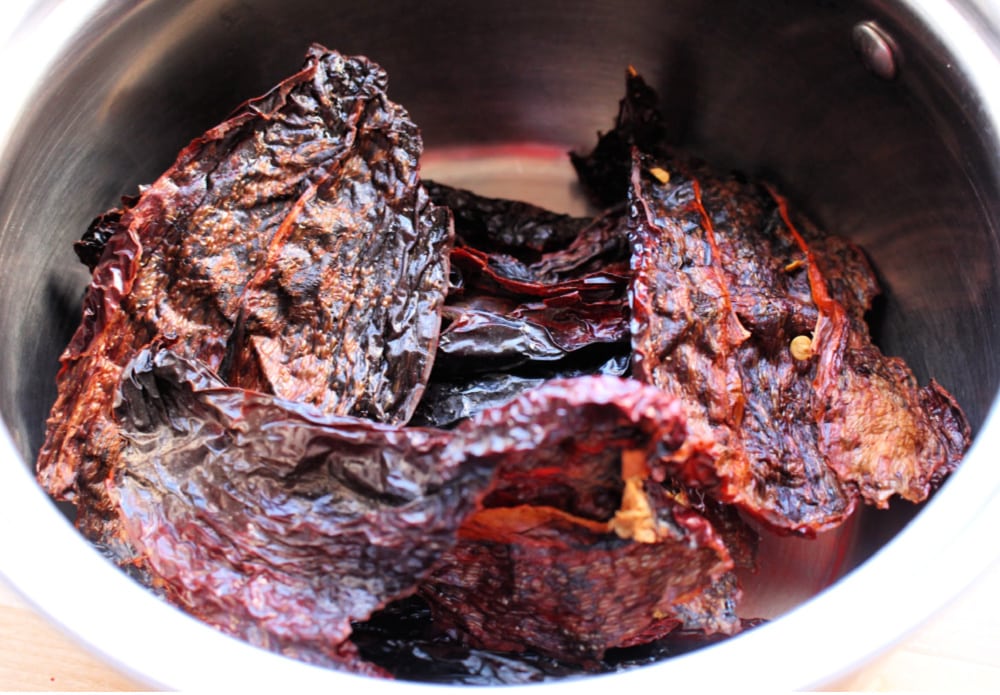 If they are still not pliable after 5 minutes, leave them in the pot a little longer. Or, you might need to submerge them with something heavy. 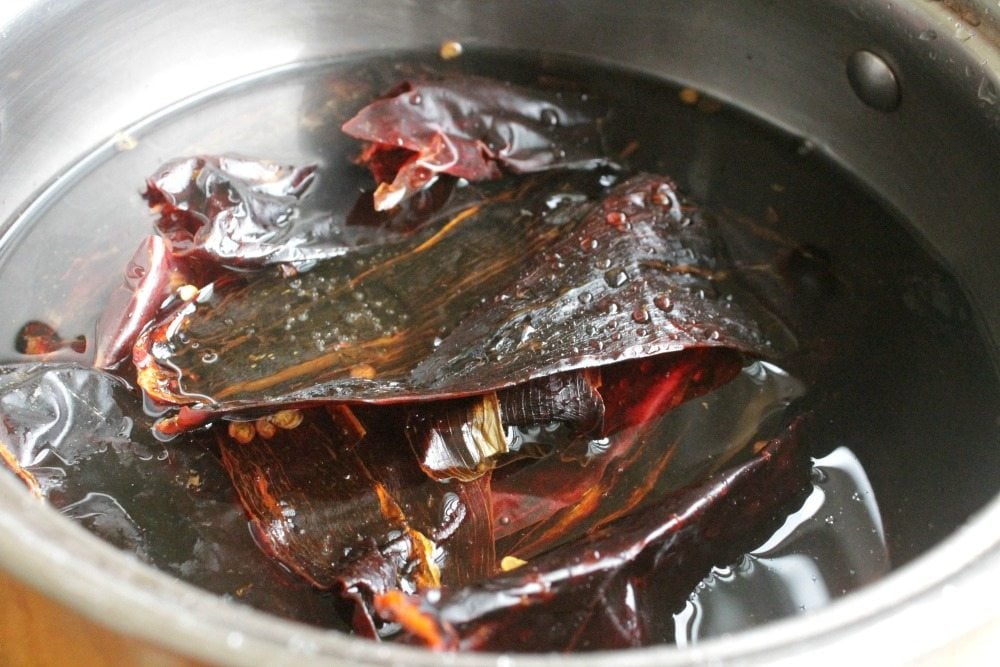 This is NOT recommended. Sometimes, dried chiles are stored in dusty bins. That’s a wonderful hiding place for insects. Yuck!

One thing you can do is with a wet towel dab the ancho chile. Never ever rinse dried chiles. It will take away some of the flavor.

Instead of using the cooking liquid:

The result will be just as delicious. 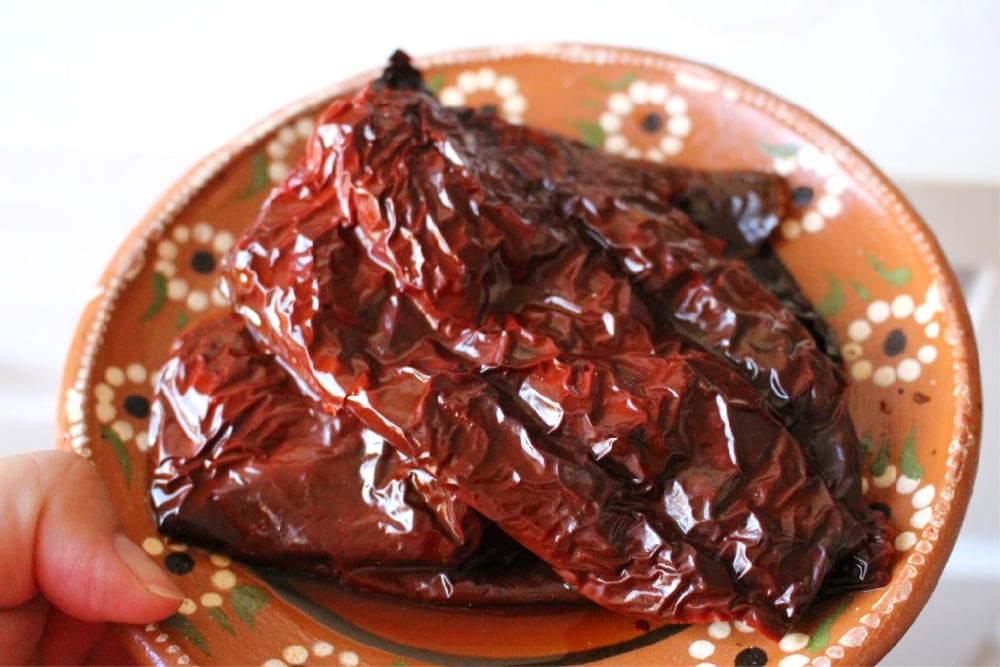 If you look at an ancho chile, you will notice the deep red color and wrinkled skin.

Some people describe it like a smoky, earthy raisin, slightly sweet.

Check out the heat level on the Scoville Scale. It ranks at the bottom, right above Pepperoncinis. Ancho chiles register between 1000-2000. In a nutshell, they are quite mild to medium-hot.

Chipotle and Chile de Arbol chiles are a lot spicier. 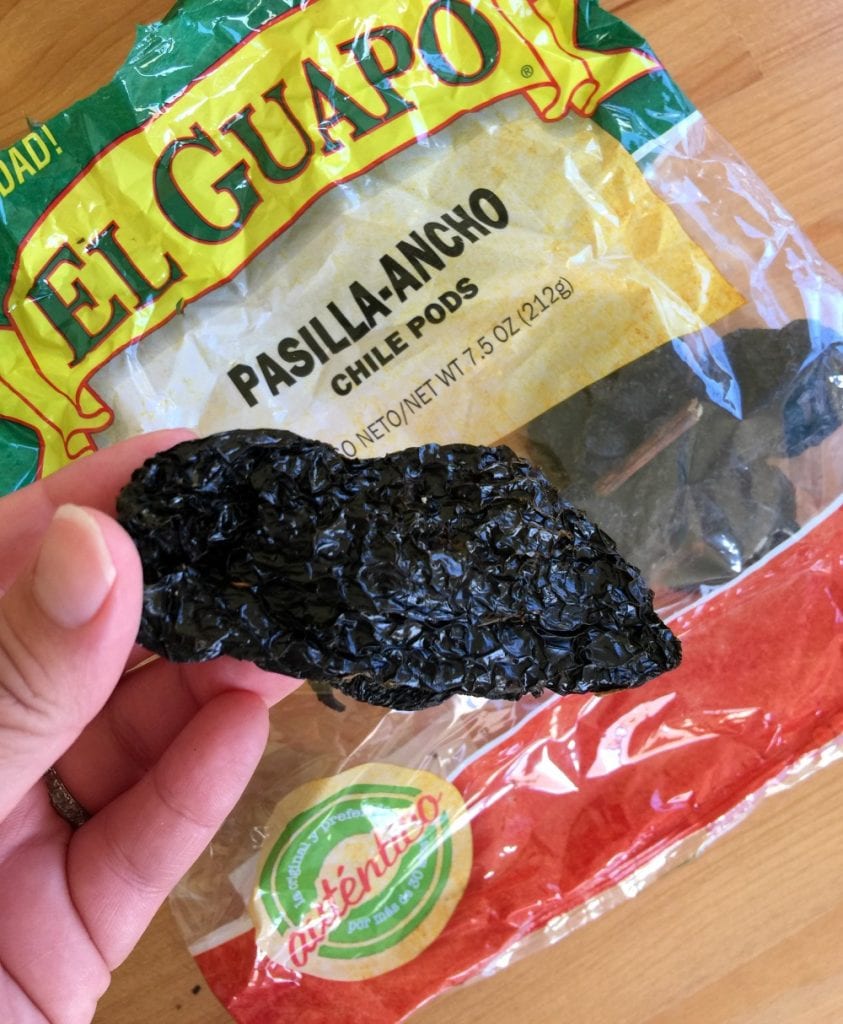 Some people will call them “ancho chili.” “Ancho” in Spanish means “wide.”

Interestingly enough, the word “poblano” is in reference to the state of Puebla. As in where the Battle of Puebla was fought and won, and why we celebrate Cinco de Mayo.

It is also the same state where poblano peppers are said to have originated.

Some stores will mislabel the ancho chile for “pasilla pepper” or as “poblano pepper.” 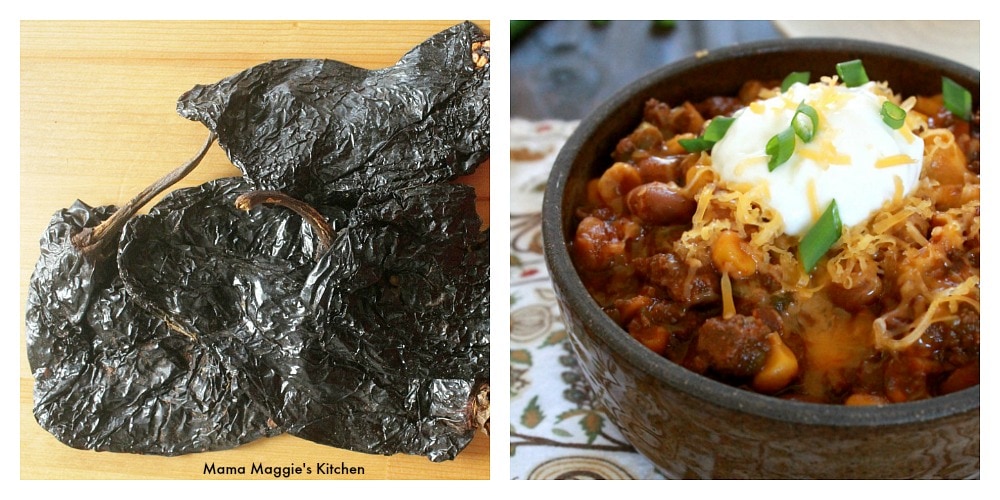 Chili is a dish made in one-pot usually with beans, spices, and some sort of stewed meat.

How to Store It:

The BEST way to store dried chiles is to freeze them. Place them in a sealable freezer bag, removing as much air as possible.

This is one way you can ensure that no bugs will get in your dried chiles. They also last longer if they are frozen.

How long with dried chiles last?

Check out these Recipes: 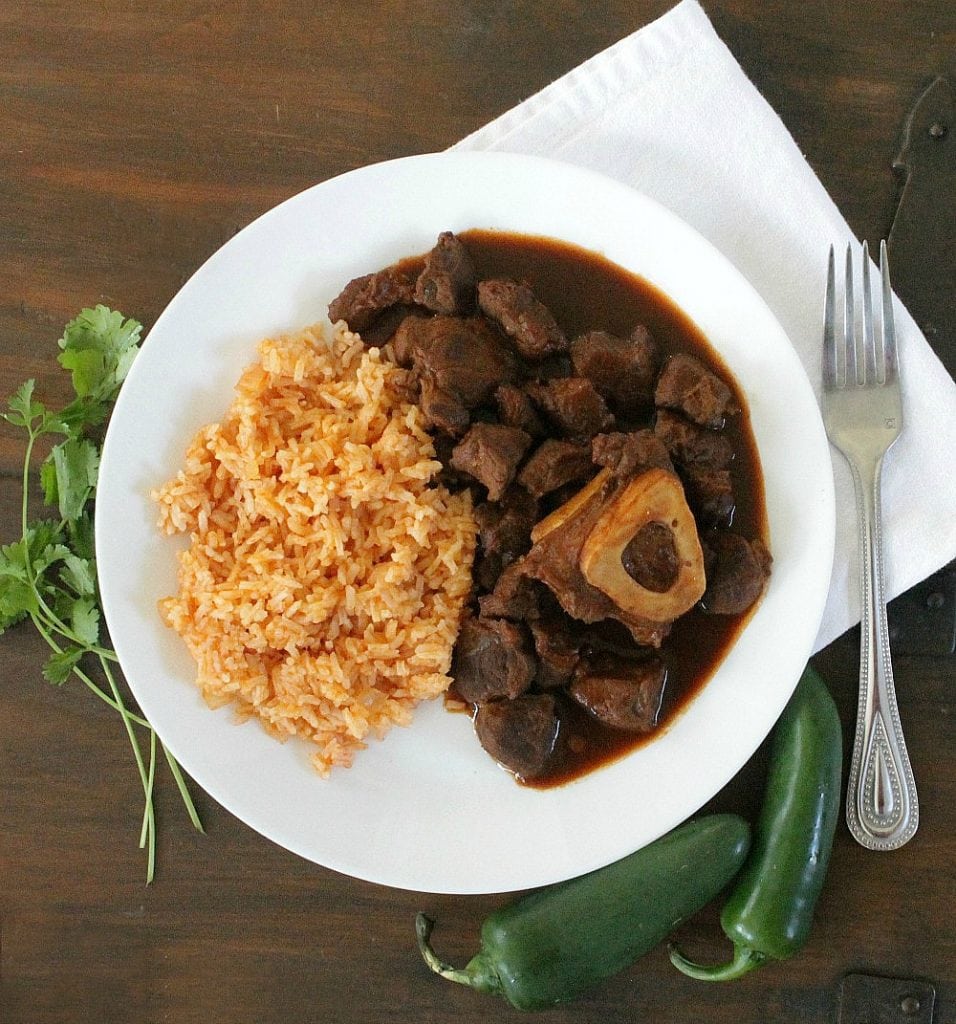 Chile Colorado is one of those recipes that’s near and dear to many Mexican hearts.

This recipe is made with beef shank, but you can use any beef cut you like. The ancho chile really gives that sauce an incredible texture, color, and depth. YUM! 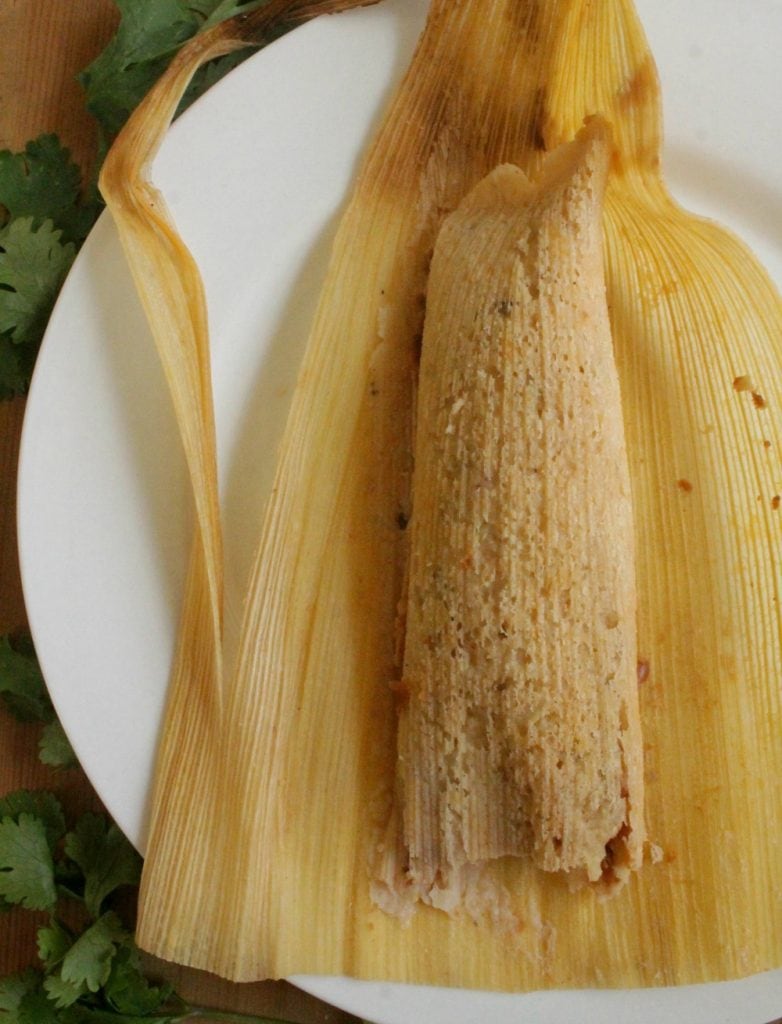 These are Bean Tamales. They’re also 100% vegan. See how the masa is slightly orange? That’s because of the chile sauce.

It flavors the masa and the refried beans, taking the tamales to an entirely new deliciousness. 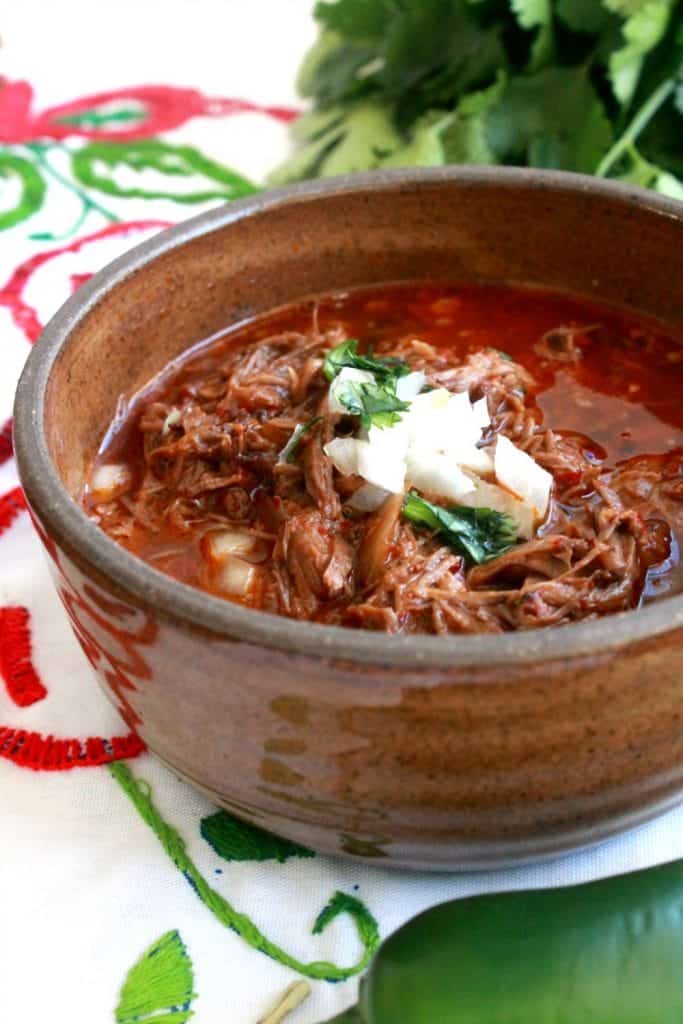 Birria de Res is a robust and hearty stew. Deep with flavors from the chiles.

Perfect for parties and celebrations where you need to feed a lot of people. 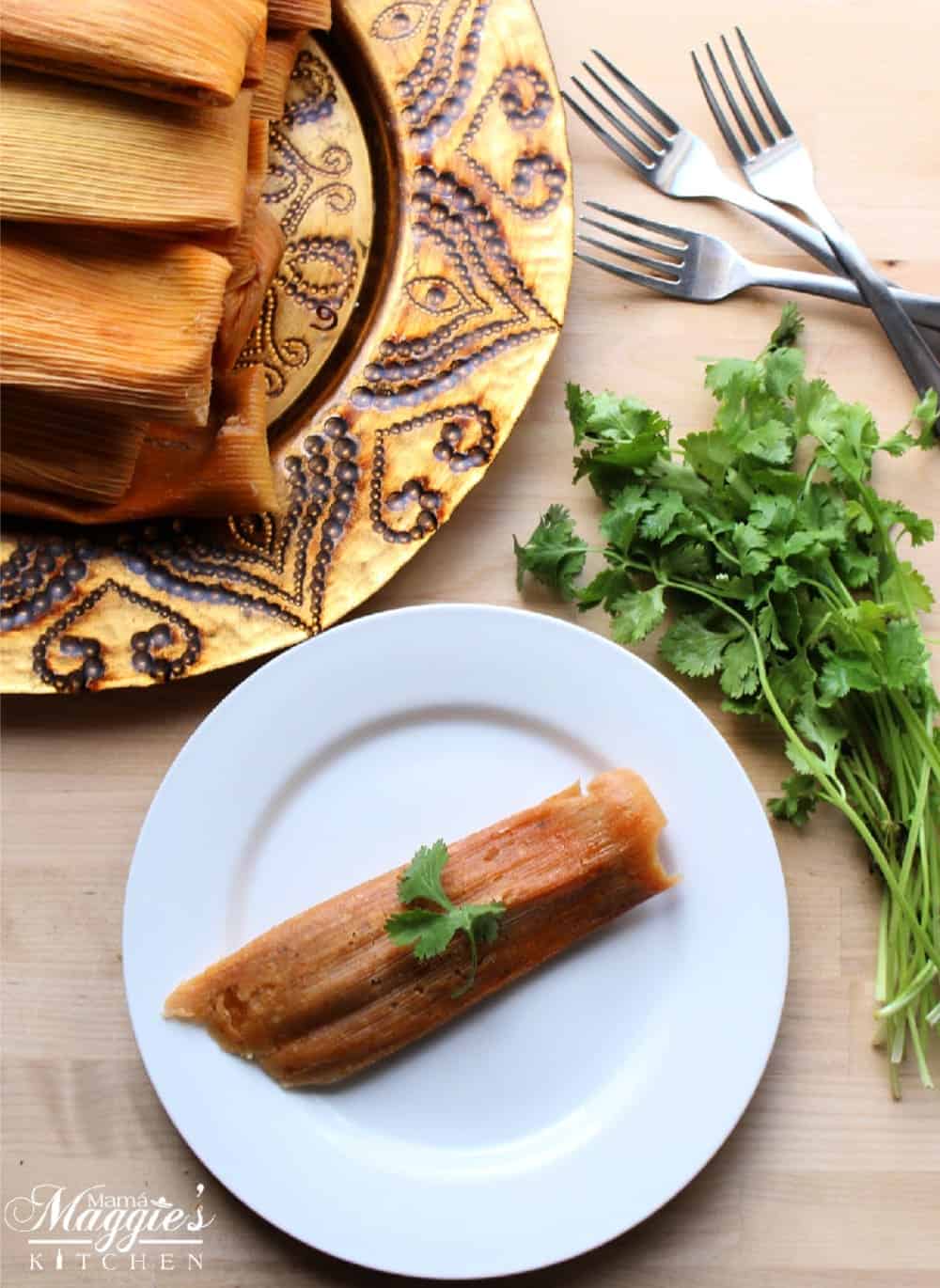 Red Pork Tamales, or Tamales de Puerco. They are called “red” because of “chile rojo” sauce. The sauce is so incredibly tasty, so delicious.