Home » Learn » What is Hominy? 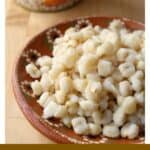 Everything you’ve ever wanted to know about hominy but were afraid to ask, including delicious Mexican recipes using this magic corn kernel. 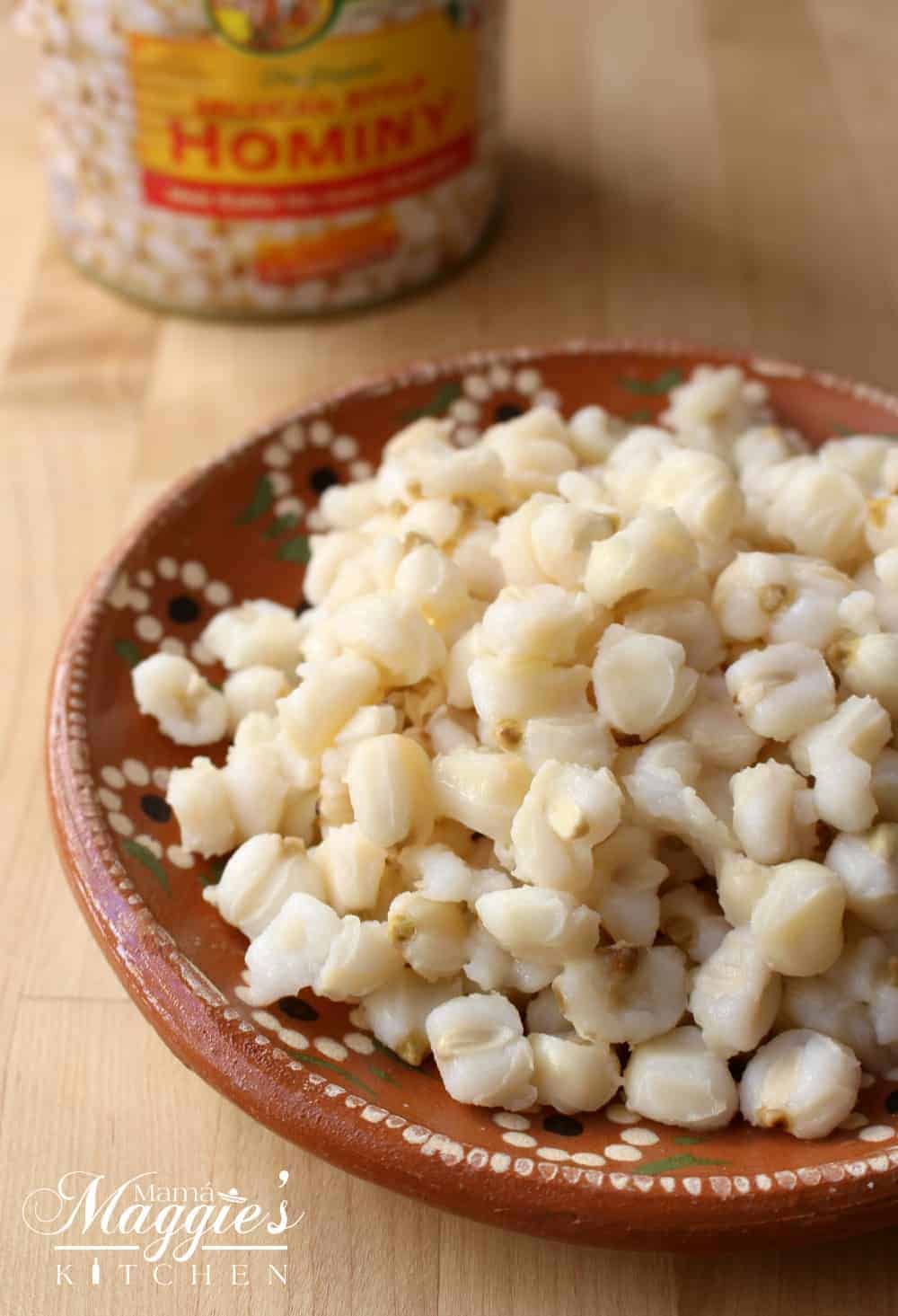 Is it possible to sing in three-part hominy? No, silly. That’s harmony! Sure, that joke was pretty corny but so is hominy. 🙂

The word “hominy” comes from the Powhattan Indian term for prepared maize – “Chickahominy.” Where, you may ask, did hominy originate? 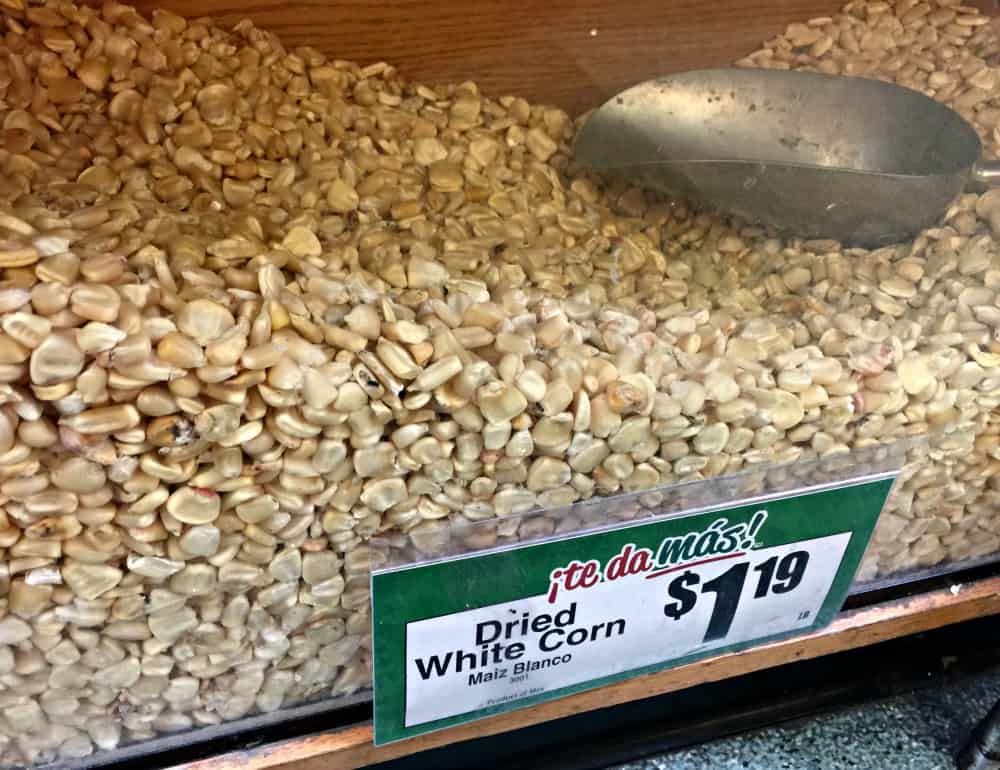 Well… Once upon a time, there was a little pile of dried maize:

Back around 1500 to 1200 B.C., in the area of what is now Southern Mexico and Guatemala, the Meso-Americans discovered they could boost the nutritional value of corn with the process of soaking it in an alkaline solution.

This process is called Nixtamalization. Every time you bite into a warm corn tortilla you’re benefiting from this ancient chemical process. 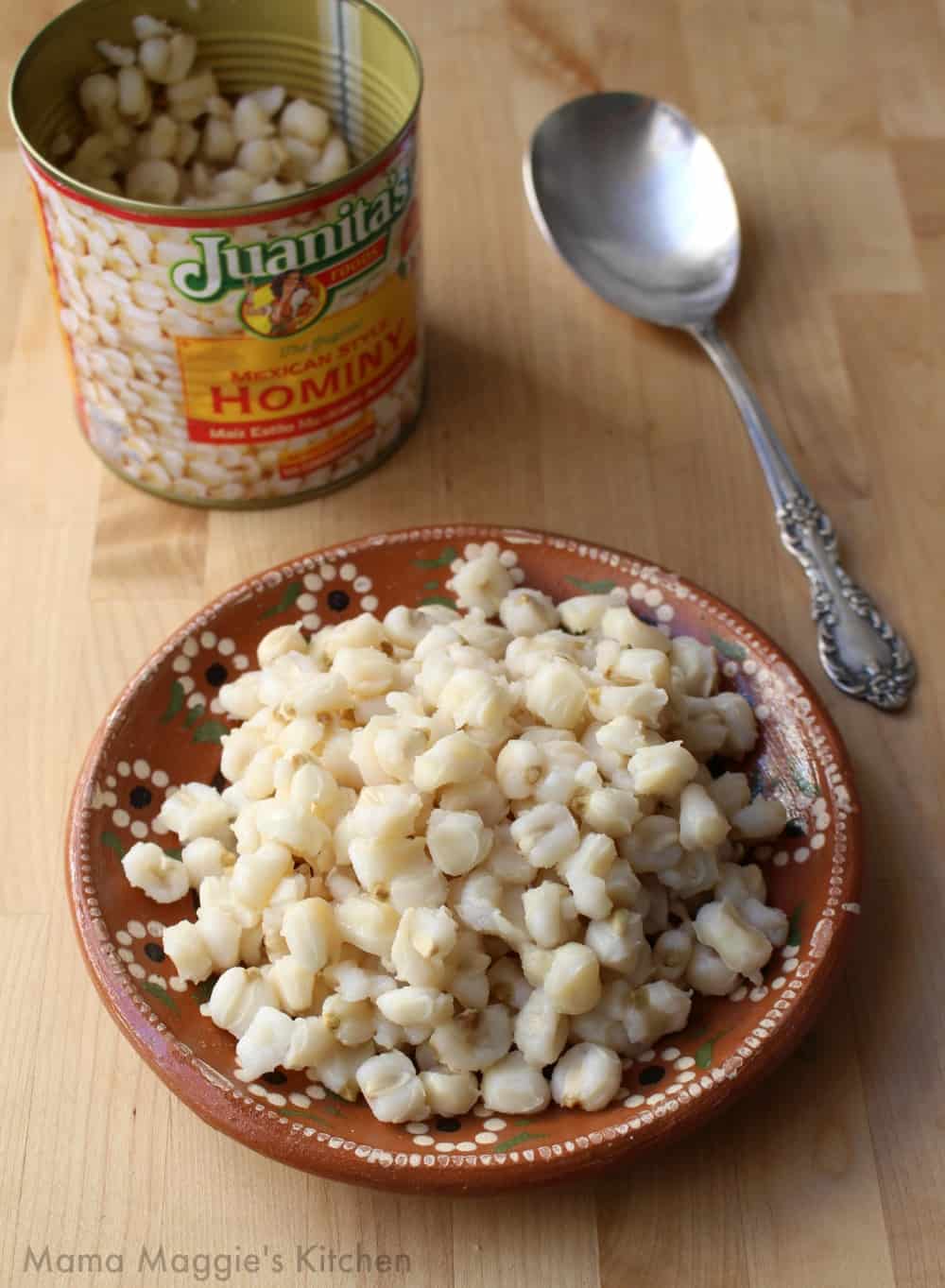 What is this process?

How to Make Homemade Hominy

For you do-it-yourselfers, if you choose to, you can actually make your own hominy in the privacy of your own home using “pickling lime” or “Cal.” 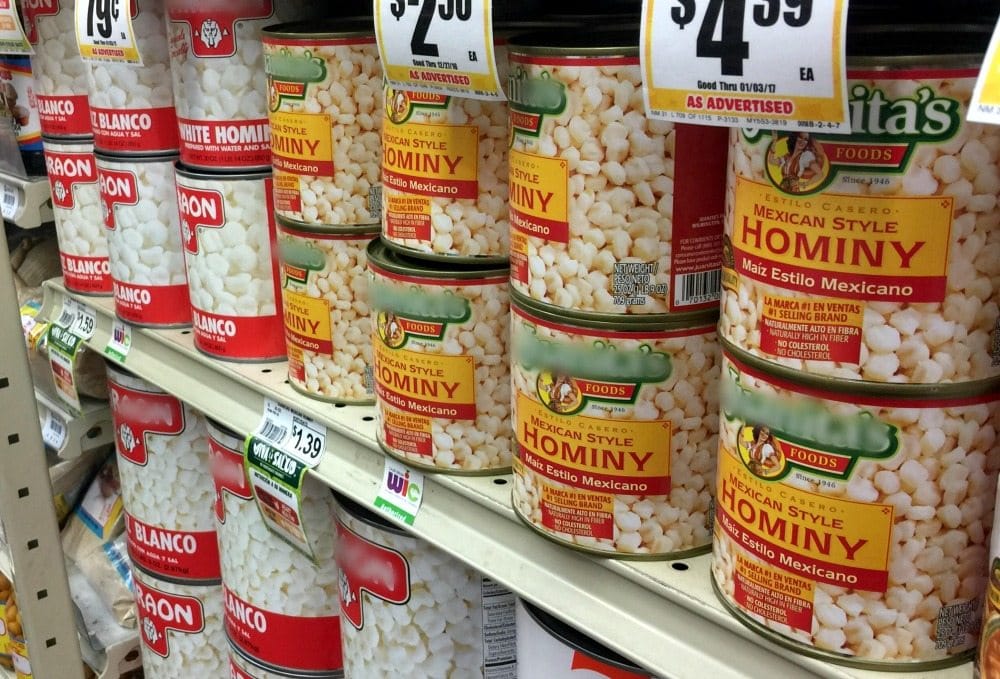 Now, I know that most of you are far too busy to make your own hominy from scratch and the good news is that it is readily available in its canned form all throughout Mexico and the U.S.

It’s already fully cooked and all you need to do is rinse it, heat it, and eat it.

Note: In Mexican cooking, hominy is used to make Masa for Tamales, Champurrado, Gorditas, and more. 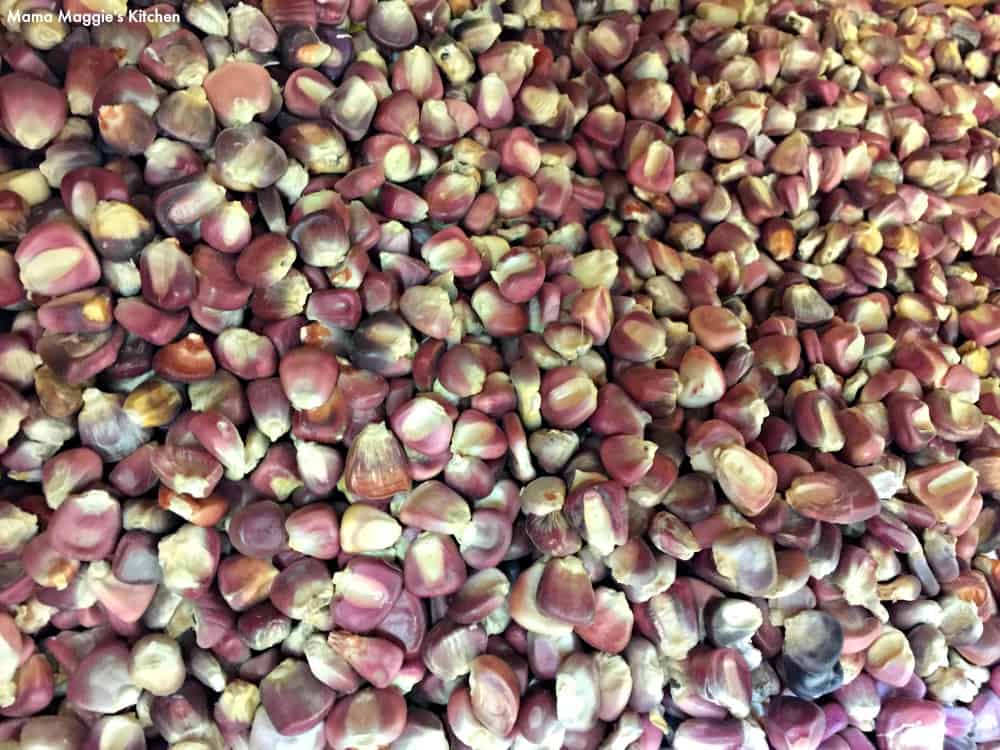 Dried hominy can also be easily found in Hispanic markets and in some large chain grocery stores.

Some people prefer to cook dried hominy because they feel that it has an improved flavor over its canned cousin.

Think of it as being very similar to cooking your own Frijoles de la Olla versus using canned beans. 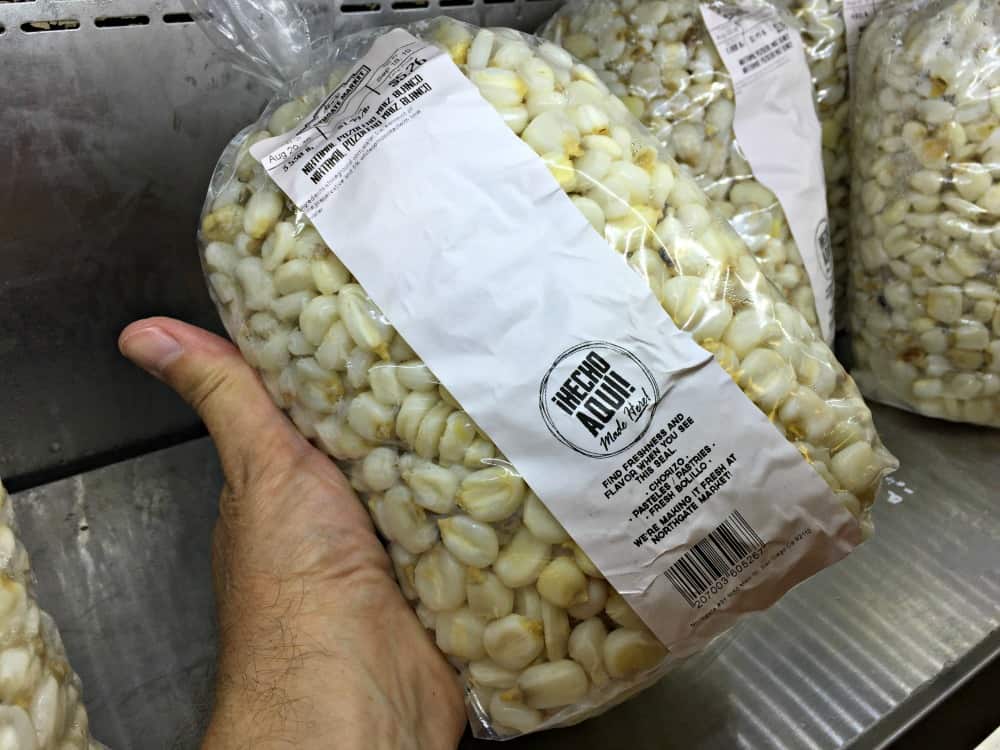 Where to Find Fresh Hominy?

I’ve only seen fresh hominy at Mexican markets. This bag of fresh “Nixtamal Pozolero Maiz Blanco” (also known as hominy) was next to the prepared masa.

The process prevents the grains from sprouting while in storage and, most importantly, releases the additional nutrition of the B-Vitamin niacin which is super important for preventing nutritional deficiency diseases. 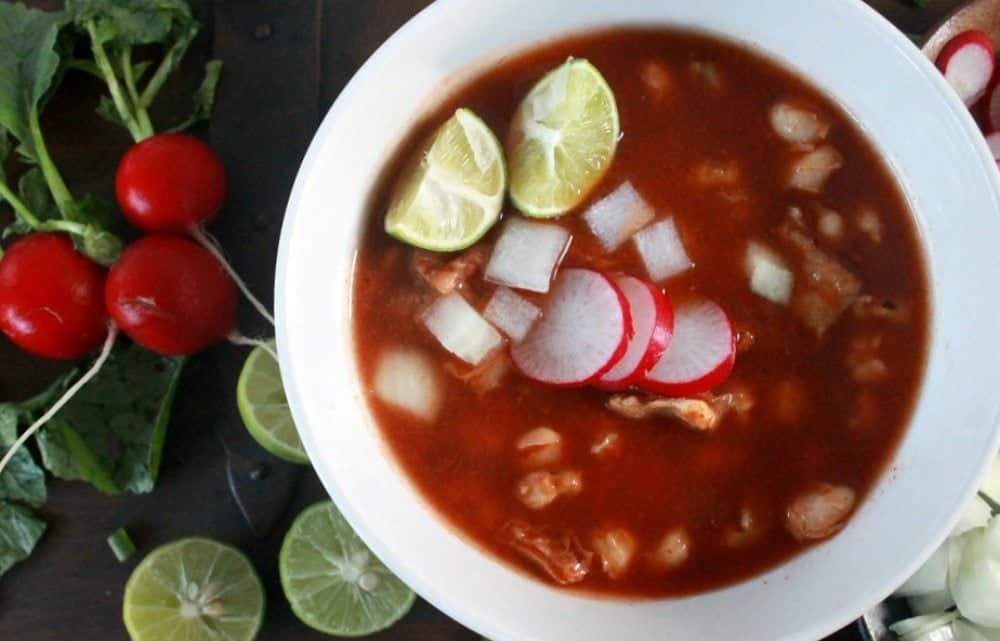 Probably the most famous Mexican recipe using hominy is pozole. You might also see it spelled “posole.” This is Pozole Rojo, a classic hearty Mexican soup. Full of bold flavors and absolutely delicious. 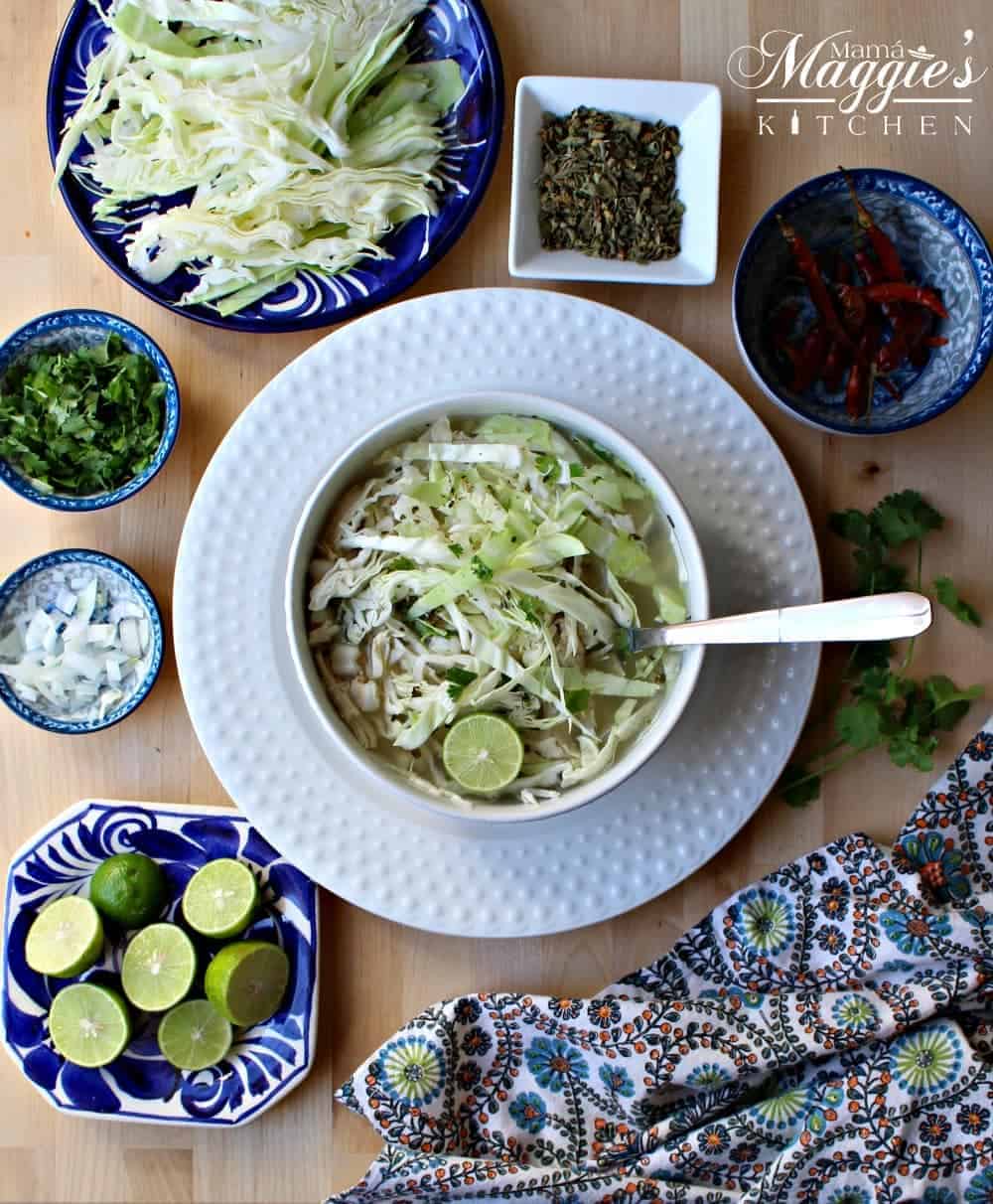 There is also Pozole Blanco. The hominy creates that tummy-filling satisfaction of Mexican comfort food.

Congratulations! You now know more about hominy than most of your friends and family. Be sure to hit me up with any questions or comments you may have about hominy and any of the recipes that you have tried.