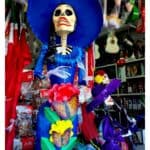 La Catrina is the stylish female figure that is the most popular symbol of Día de los Muertos. This Day of the Dead woman comes back to life every year. 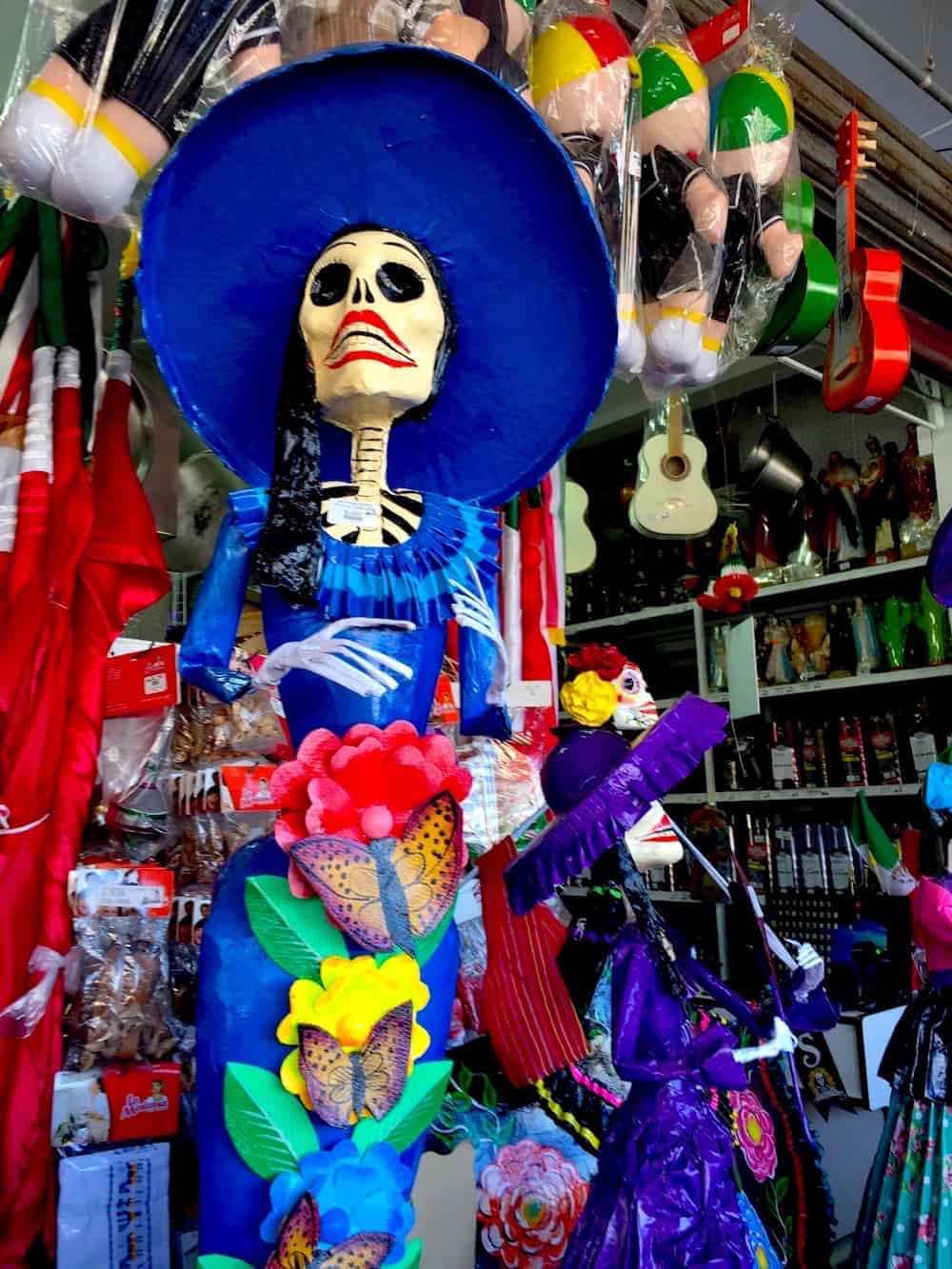 To many north of the border, the phrase “Day of the Dead” might evoke notions of zombies, but “Dia de los Muertos” has beautiful and complex celebrations.

Although people do grieve for their lost loved ones, many approach this holiday with cheerful memories and a celebration of life.

Part of the celebration is to put up an altar with pictures of their departed loved ones, marigolds, candles, pan de muerto, Buñuelos, crosses, Concha Bread, etc. 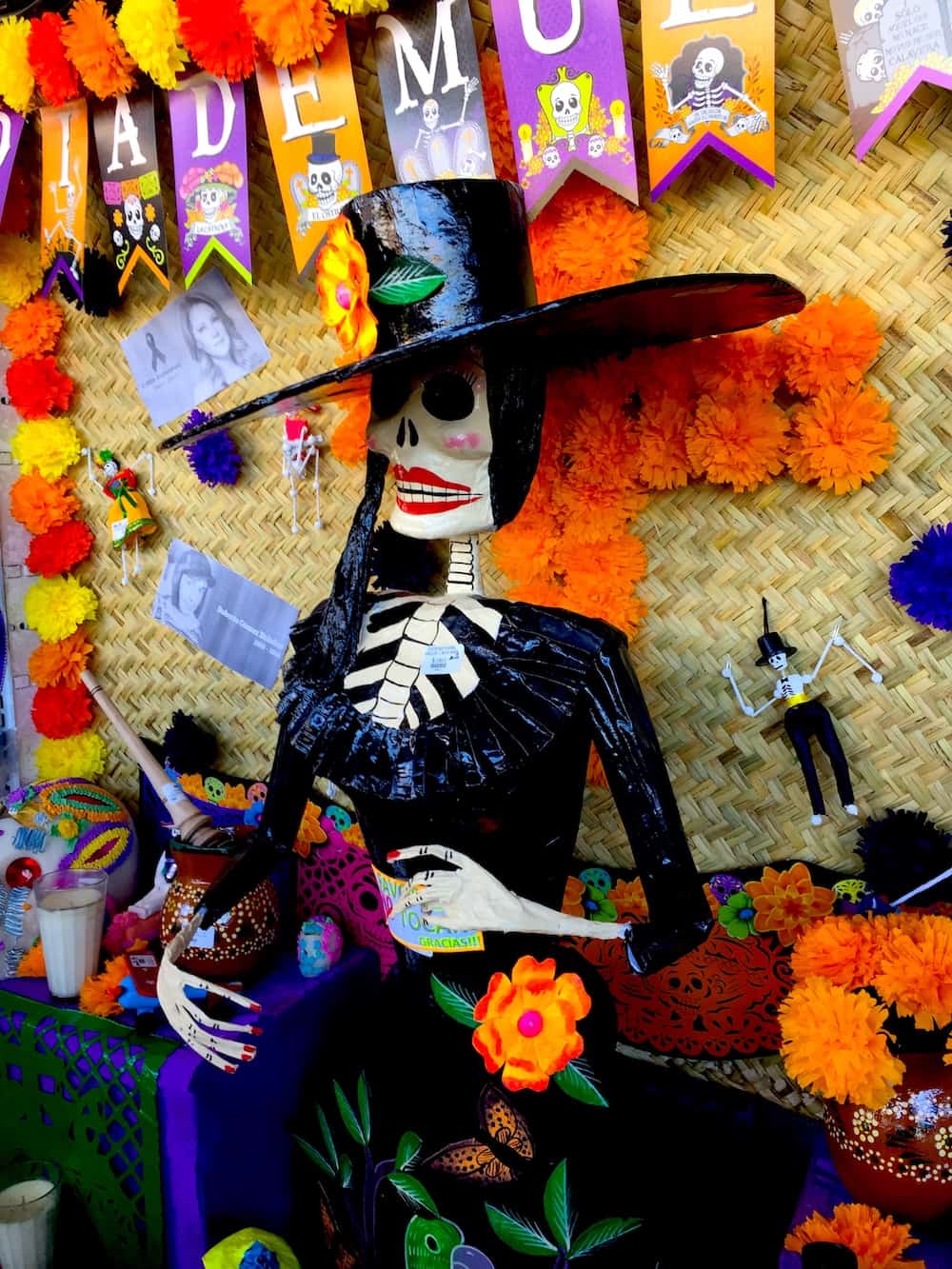 La Catrina’s origin runs deep from the indigenous traditions of Mexican culture that have their roots in Aztec reverence for and worship of the dead.

The Aztecs revered their departed relatives. Ancestor worship was integral to their belief that those who had died had merely moved on to the next life. It was, and still is, a time of celebration – of “rebirth” into the afterlife. 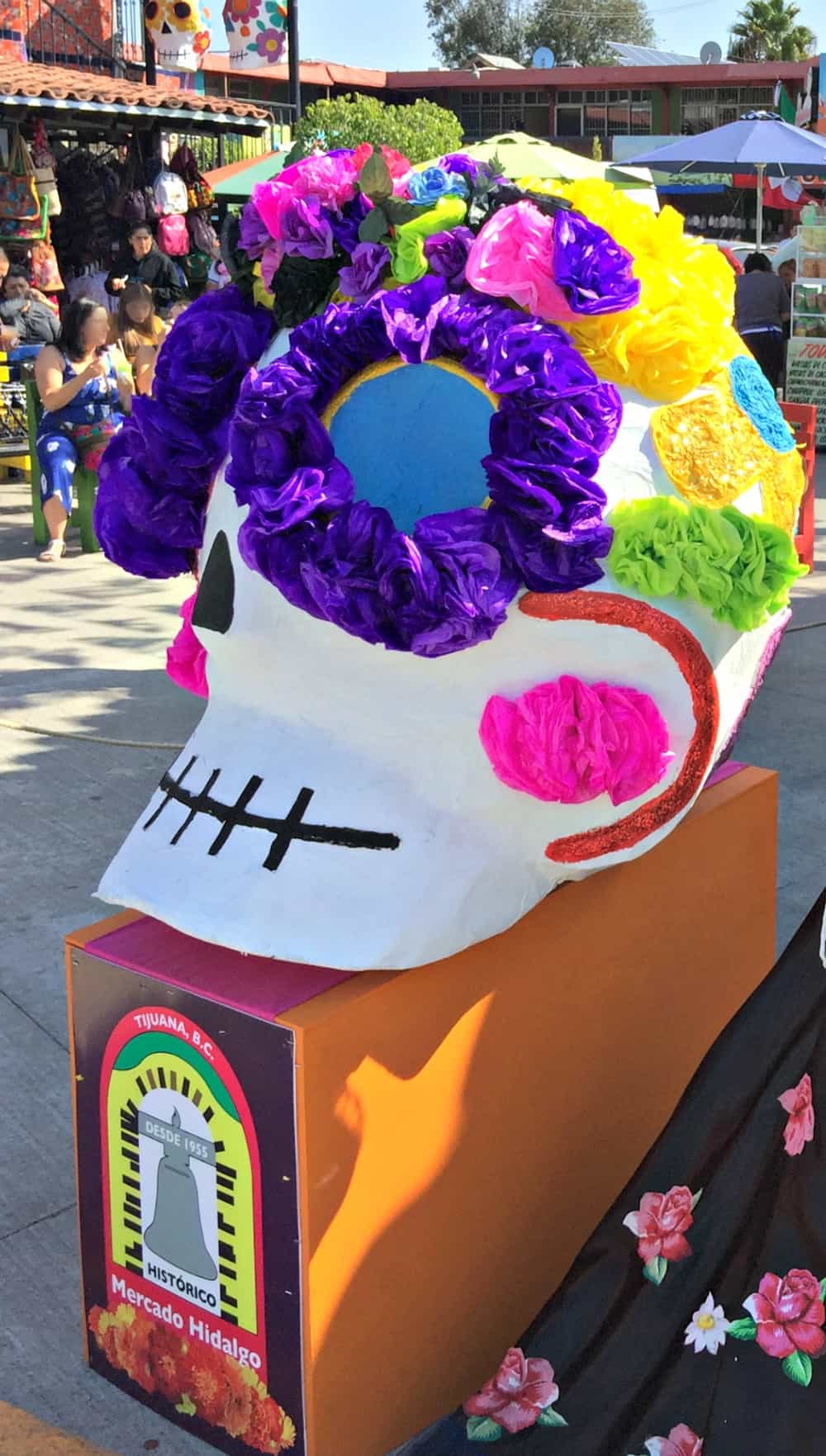 Many believe that Catrina originated from the goddess of death worshiped by the Aztecs. It was believed that she protected and helped to usher departed relatives into the next stages of the afterlife.

The “goddess of the dead” eventually transformed into the Lady of the Dead. 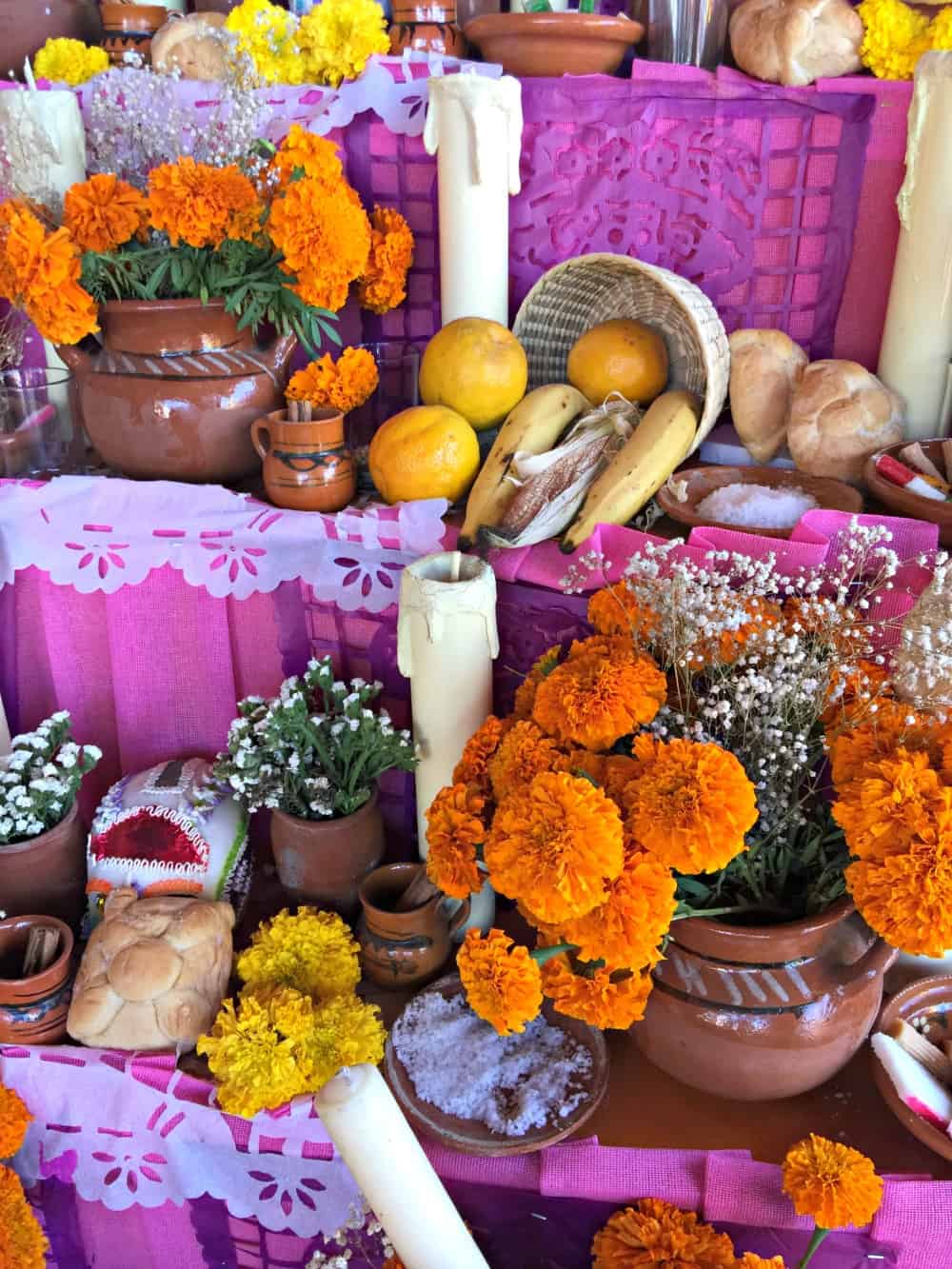 Undoubtedly, the most famous Dia de los Muertos symbol is that of La Catrina – the very tall female skeleton attired in her elegant long dress,  fancy shoes, and her elaborate feathered hat.

La Catrina makeup and La Catrina costumes are everywhere during the Day of the Dead celebrations as women want to adopt her look. 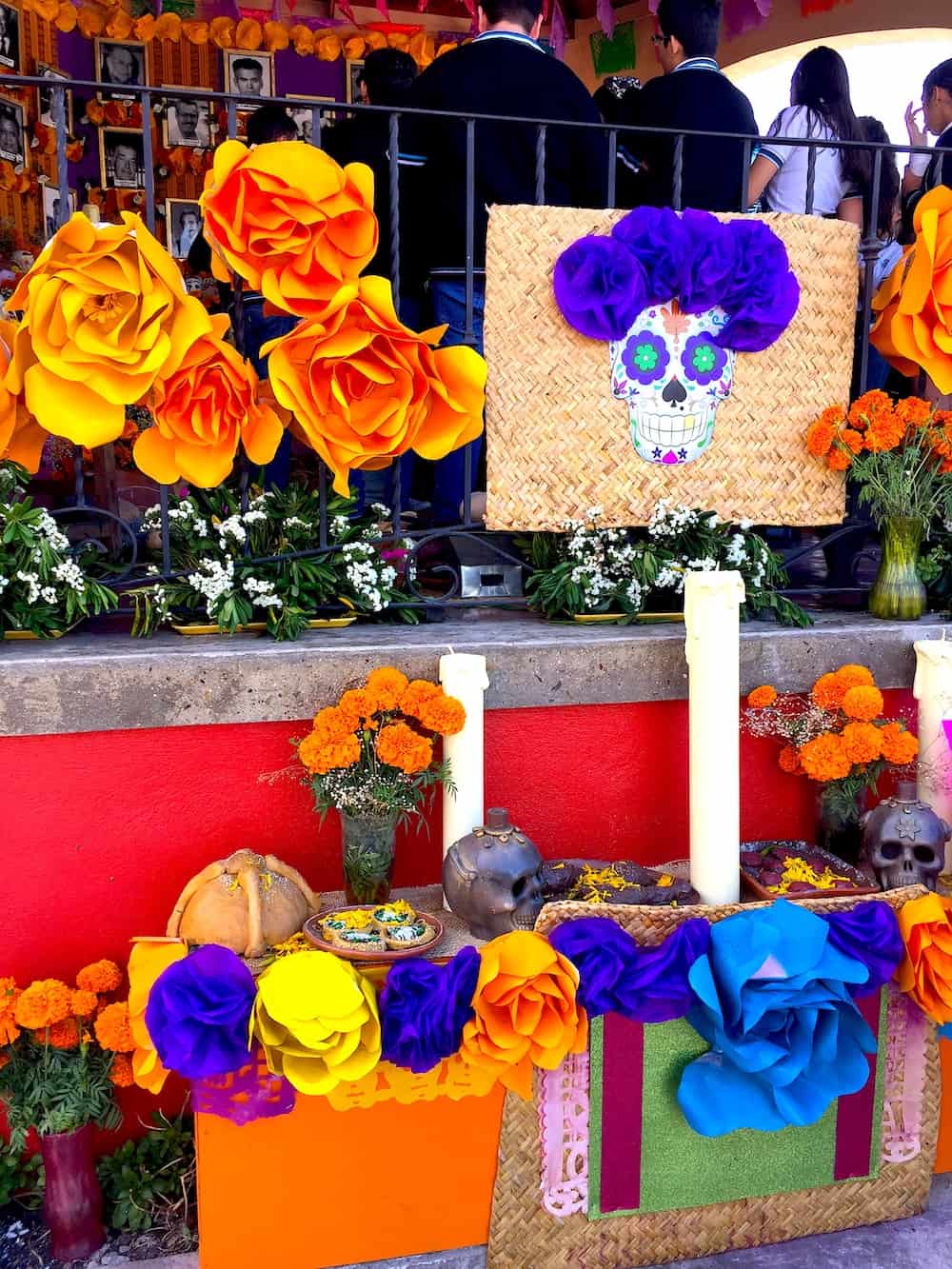 La Catrina made her reappearance in the 20th-century works of the artist Jose Guadalupe Posada.

He was a very controversial political cartoonist yet well-admired by many people. Posada’s satirical depictions of skeletons were his way of reminding people that in the end, they would all wind up dead.

Many believe that his drawings of a female skeleton decked out in her elegant feathery attire was his way of poking fun at the wealthy Mexicans who pretended to be European aristocrats.

Posada wanted to remind people to stop pretending to be something that they were not. 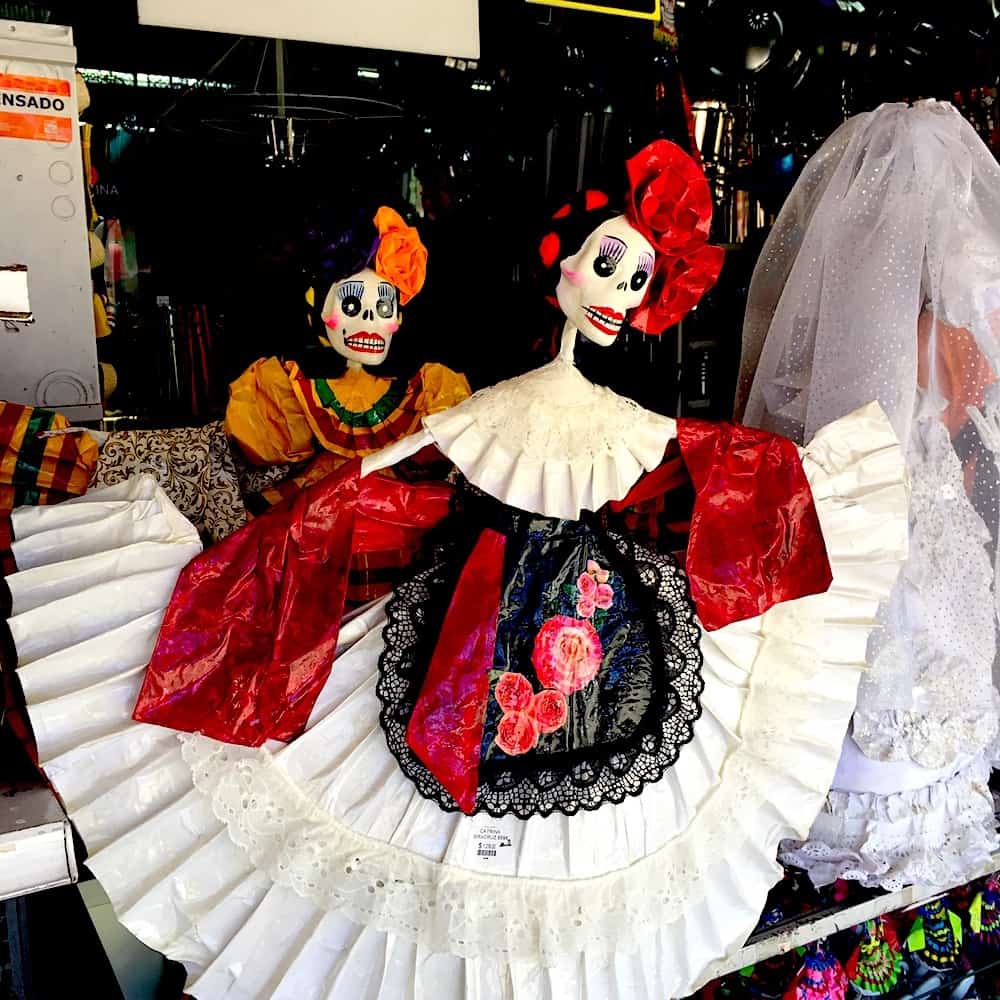 Posada’s message with images like Catrina was that no matter the color of your skin, how rich or poor you are, or what level of society you live in, you will all end up as skeletons.

He liked to say that “Death is democratic.”

Fast forward to Diego Rivera, the famous artist, and husband of Frieda Kahlo.  Rivera immortalized La Catrina in his 15-foot mural, “Dreams of a Sunday Afternoon in Alameda Park.”

He even depicted himself as a child holding her hand in the front row. Rivera gave her that fashionable dress and flamboyant feathered hat which she is famous for today. 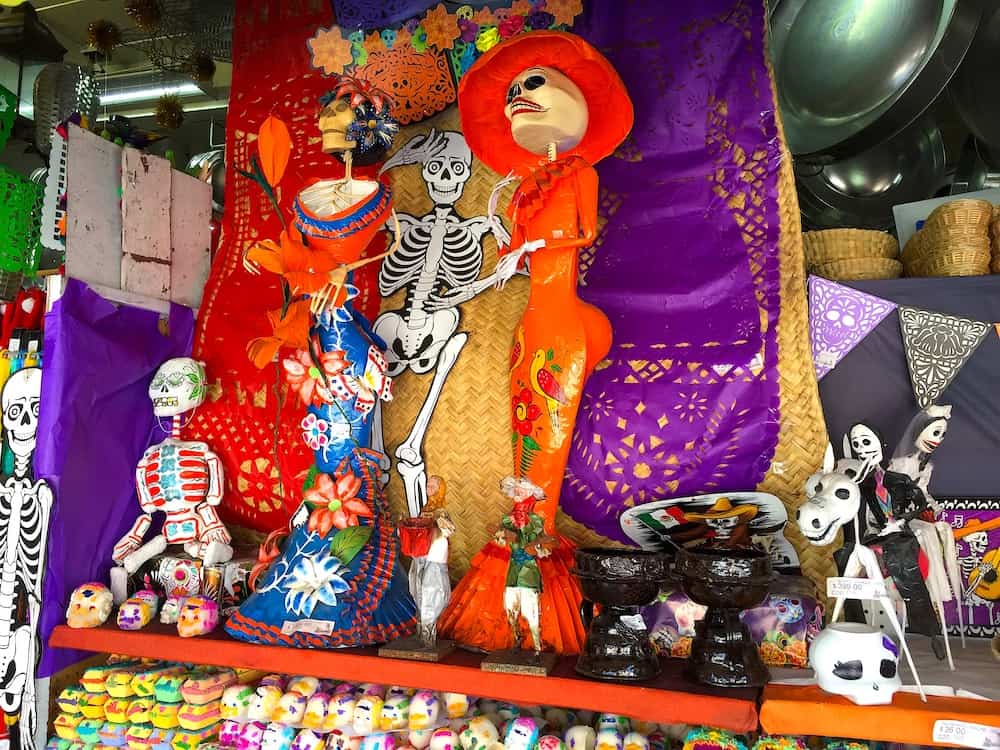 From that point forward, La Catrina became the dominant symbol for a whole host of Day of the Dead activities and celebrations. 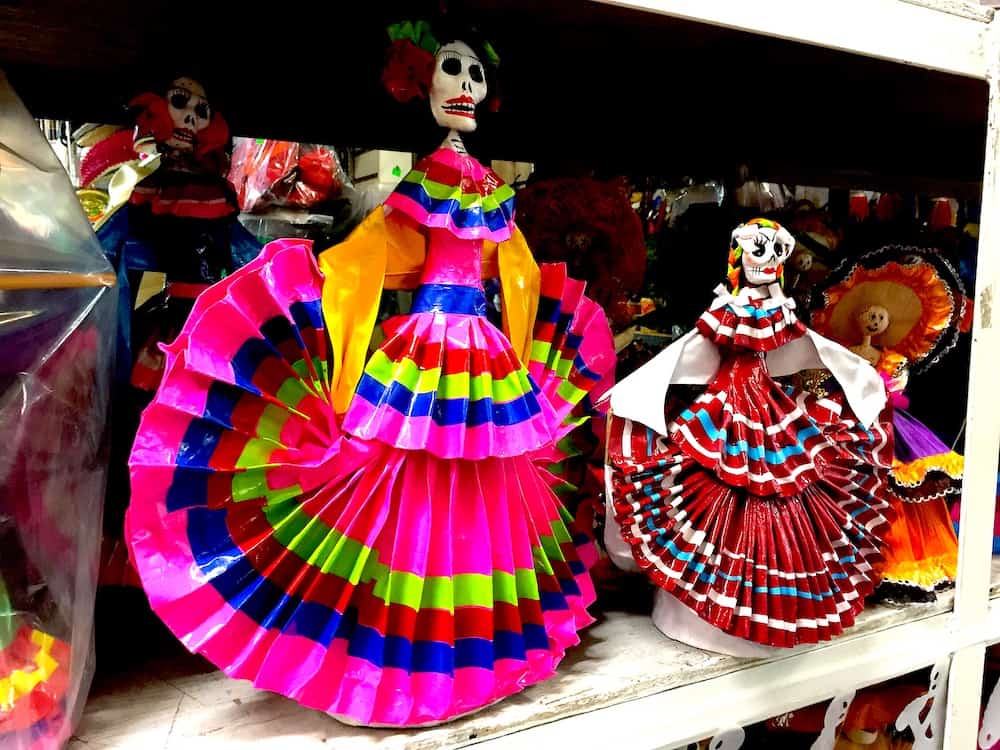 In fact, La Catrina is so incredibly popular that you can see many different statues of her offered for sale at many Mexican markets.  Whether made of wood, clay or paper mache, Catrina is always elegantly attired including her famous feathered hat.

Many tourists bring back this 100% Mexican symbol as a reminder of their travel adventures. 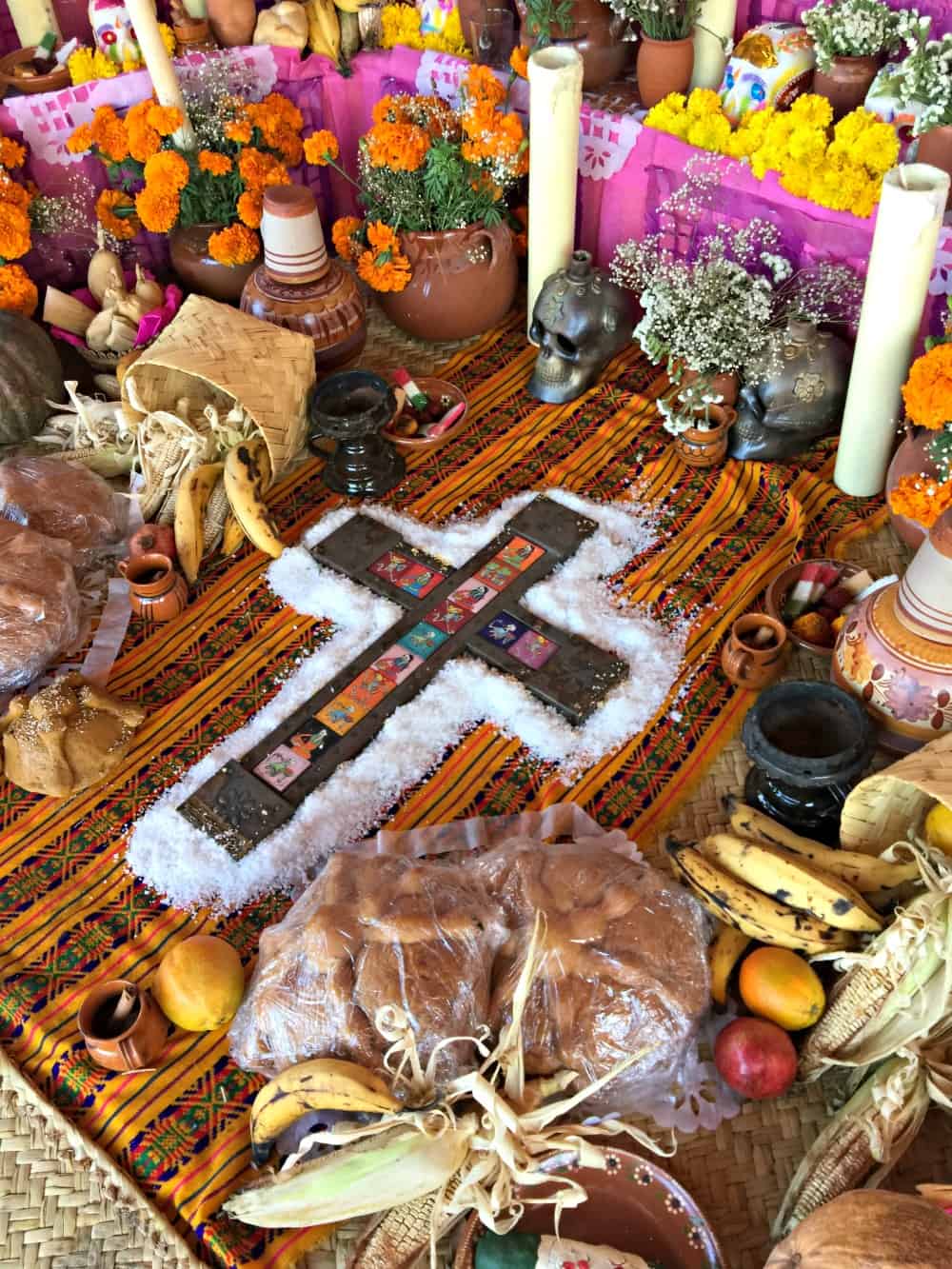 Day of the Dead originated in Southern Mexico.

In Northern Mexico, where there is a far stronger European rather than indigenous influence, the Day of the Dead was not celebrated.

It’s only recently that this celebration became popular and adopted by people in the northern states and in parts of the US. 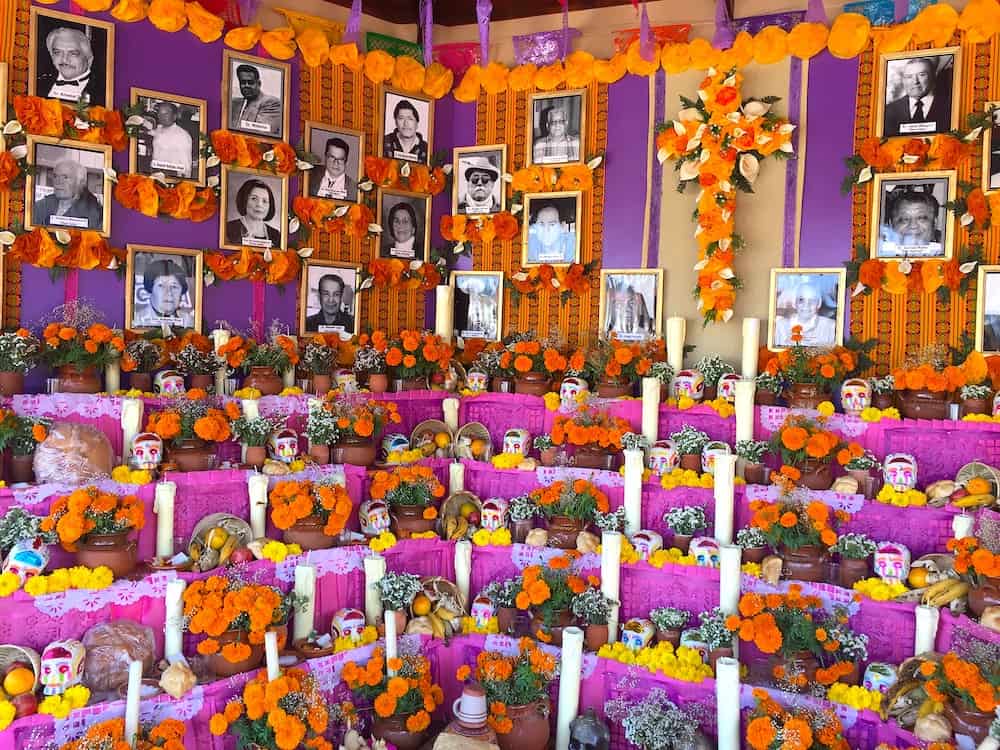 La Catrina appears everywhere, even in cemeteries where people joyfully and cheerfully remember their departed loved ones, offering them beautiful flowers, as well as some of their favorite foods and drinks when they were in the land of the living.

You’ve heard of “curbside service?” Well, this is “graveside service.” 🙂 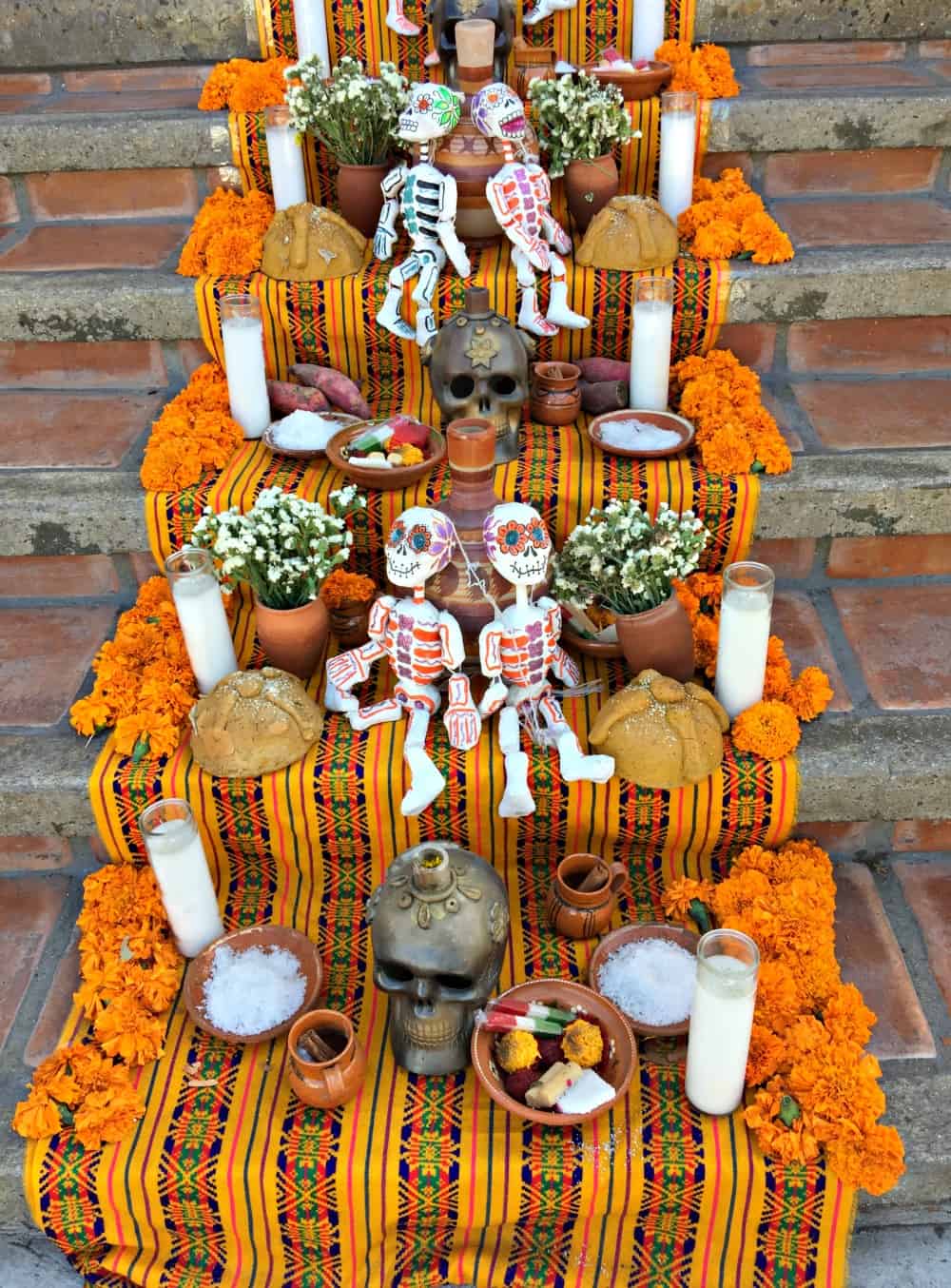 La Catrina is an integral part of how many, but not all, Mexicans view death and the afterlife. There are still many Mexicans who do not celebrate this indigenous tradition. 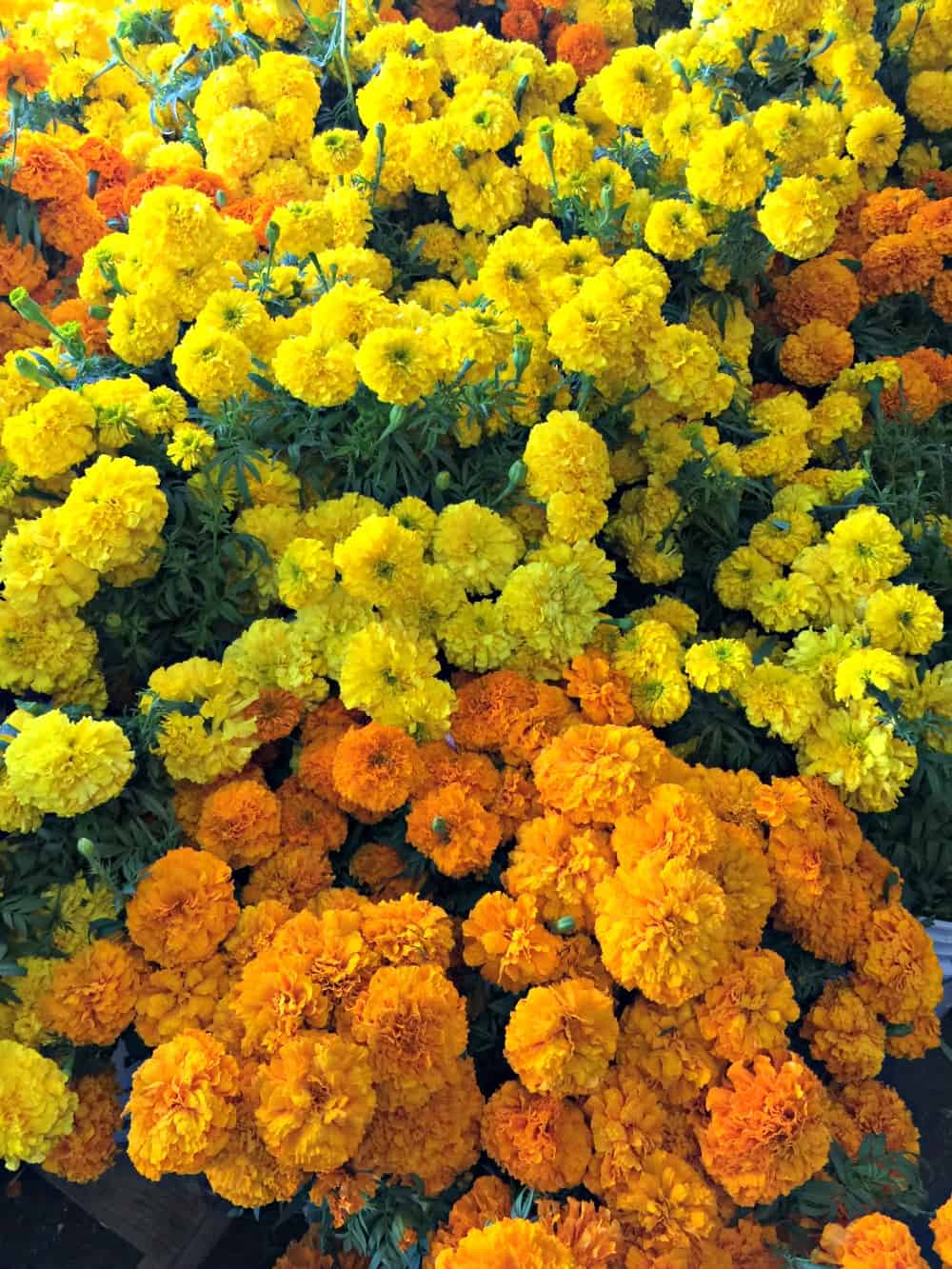 From November 1st (“Day of the Innocents”) through November 2nd (aka “Day of the Dead”), La Catrina will make her appearance as part of the festivities. 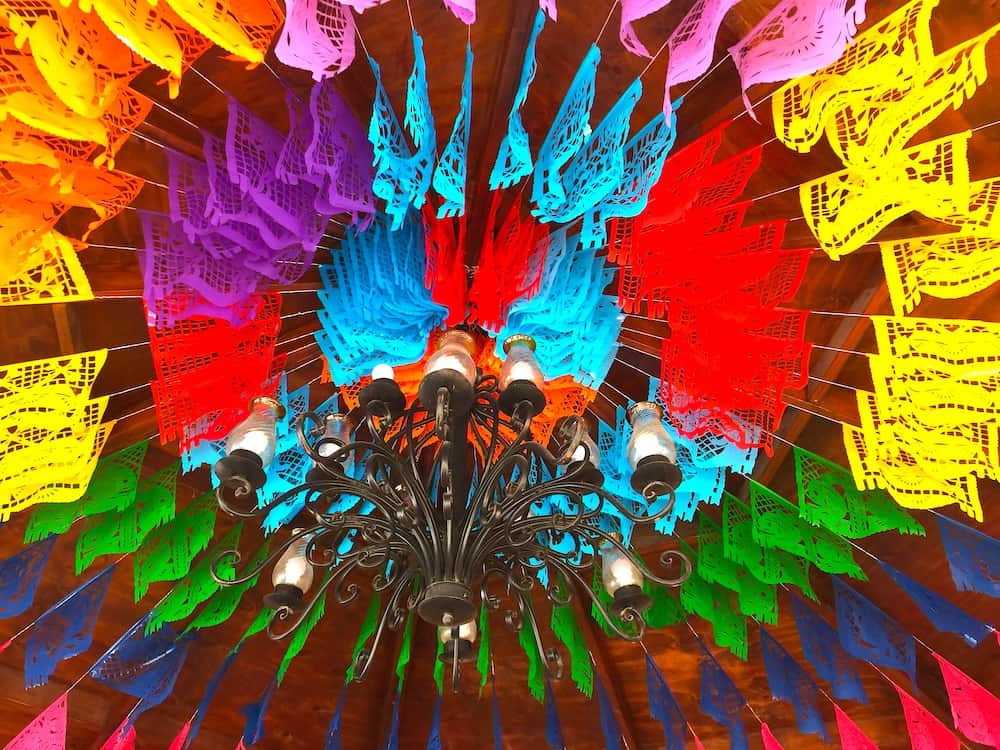 When looking at La Catrina, the fashionable female skeleton, think of her more like Mamá Imelda from the movie “Coco.”

Dia de los Muertos is a charming and heartwarming way to remember departed relatives. It is a great opportunity to celebrate life with the stories, recipes, music, and art of our multifaceted Mexican culture.