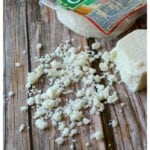 Cotija is a salty and crumbly Mexican cheese. It makes a perfect topping for tacos, enchiladas, and more! 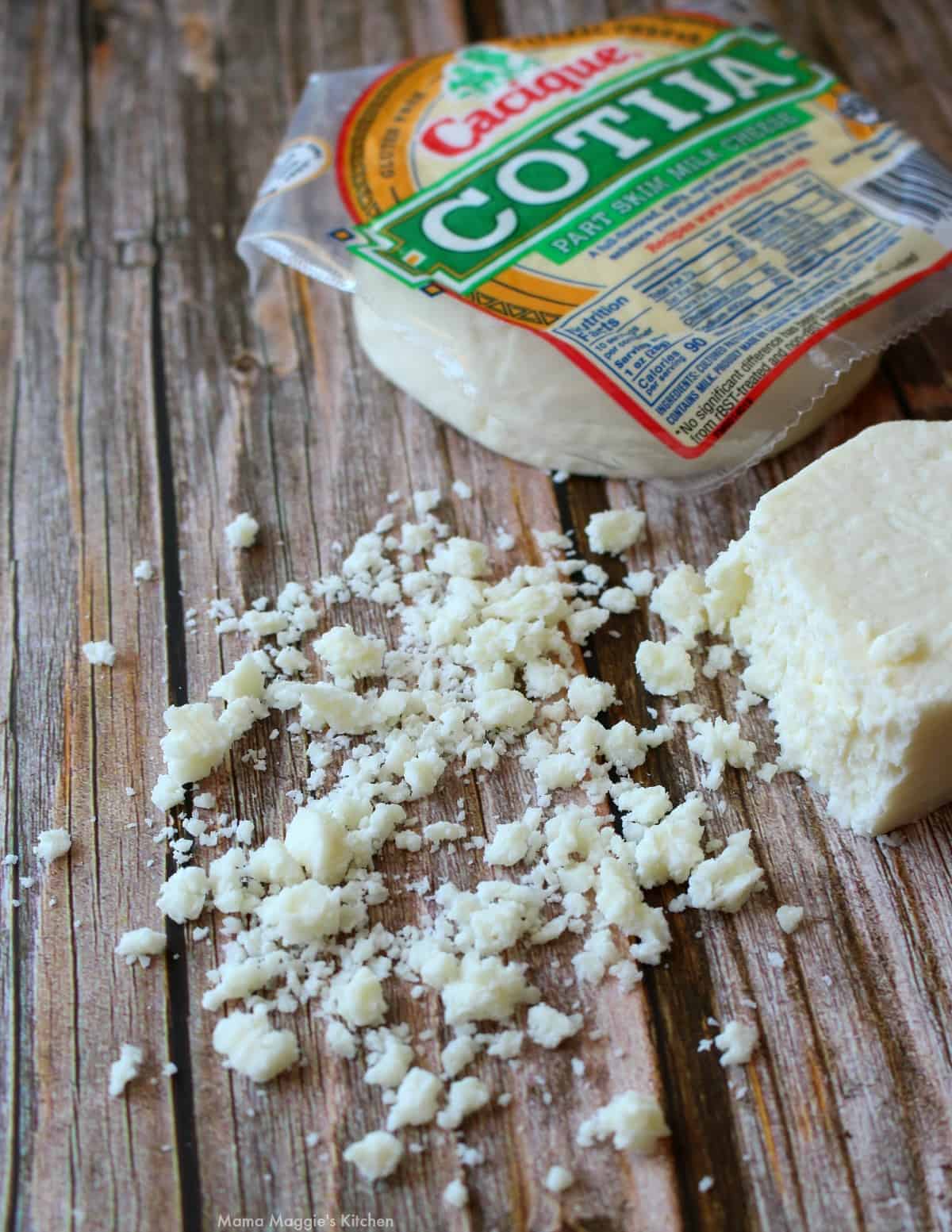 What is Cotija Cheese?

There are so many Mexican cheeses. Cotija Cheese is just one of many yummy cheeses from south of the border.

Cotija is a very popular cheese that’s made by hand. Prepared with unpasteurized milk from pasture-raised cows. Then aged for at least one year.

It is cylinder in shape, and the outside color is creamy. There are two types – fresh and aged (or añejo).

You might also see añejo enchilado which has been coated with paprika and/or chile powder for an extra kick.

Both versions are salty. The aged version is harder similar to parmesan.

There are some regional differences to take into account but all generally similar in nature. 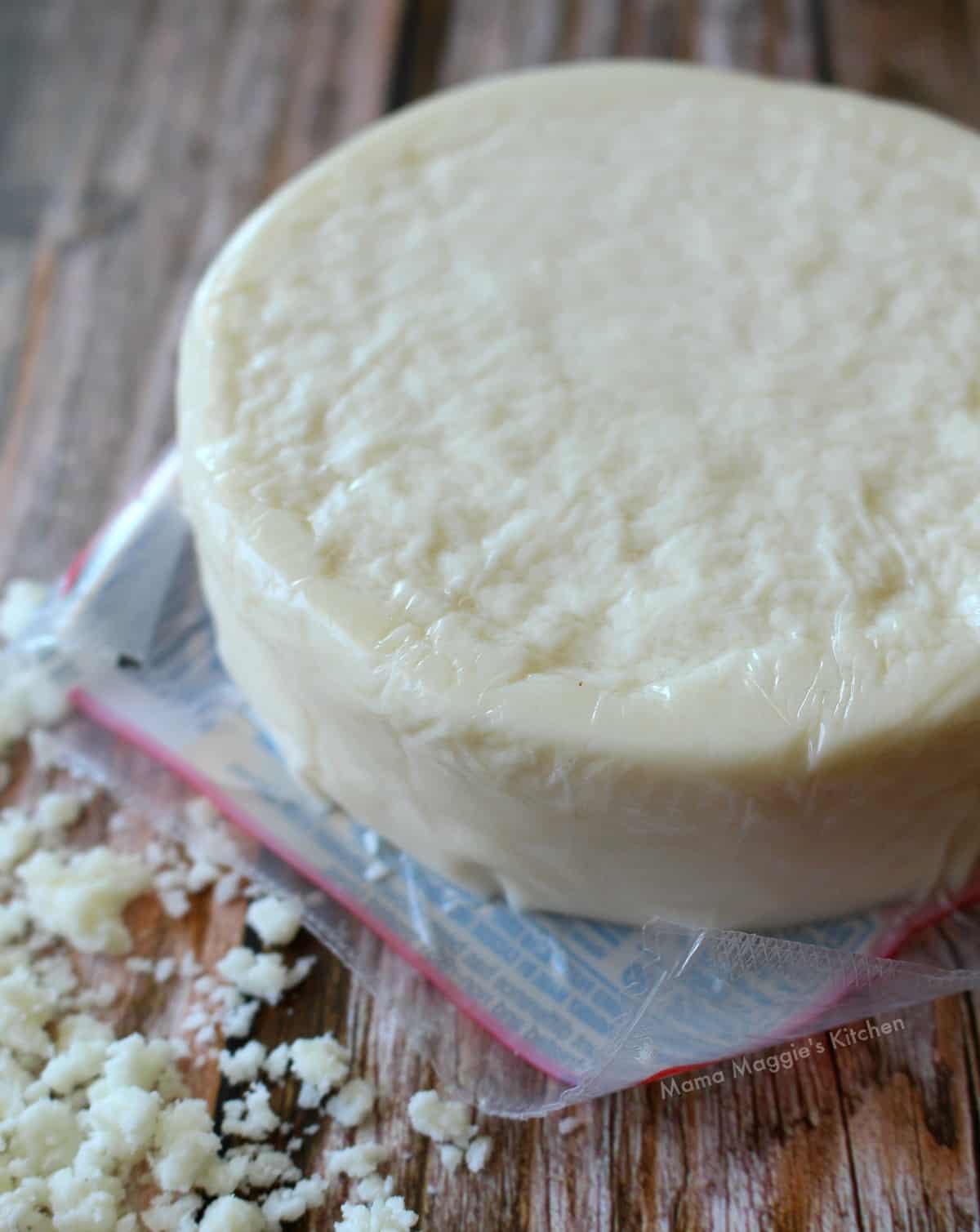 So many names for just one cheese.

Named after the town of Cotija de la Paz, Michoacan. It was invented nearly 400 years ago. The people who originally made the cheese lived in the mountains. That’s why you might also hear this cheese referred to as “queso de montana” or “mountain cheese.”

This type of cheese does not melt well when cooked. A staple cheese that is used in several authentic Mexican recipes.

Some people also refer to it as “The Parmesan of Mexico” because it is salty, a distant Italian cousin, and firm and crumbly just like Parmesan. 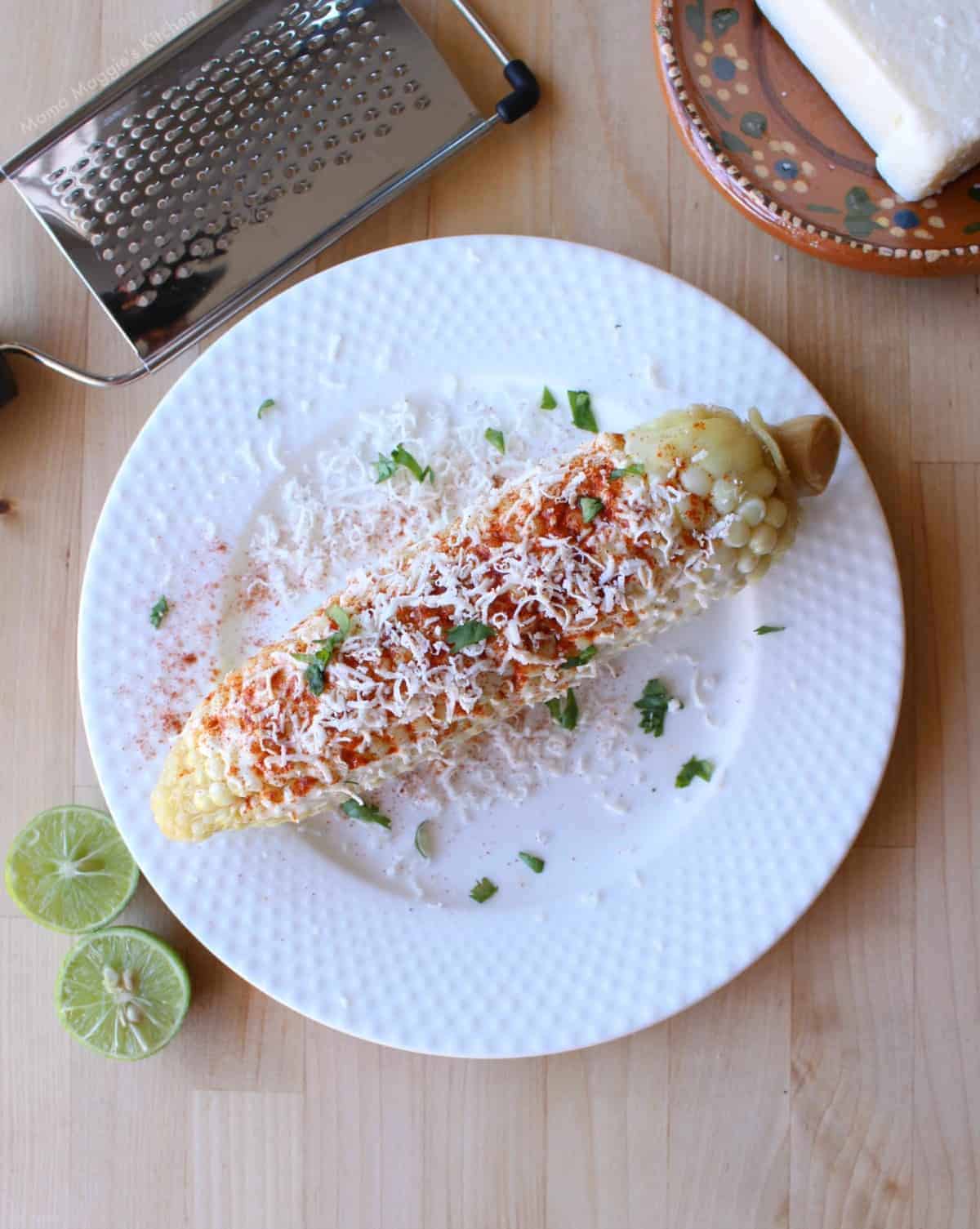 This type of cheese only softens when cooked. Texture-wise, it can be grainy. That’s why it’s mostly used as a last ingredient to finish off a dish.

Here are some popular recipes:

You should be able to find it in most big grocery stores. Look for it in the cheese section. Or, if your grocery store has a refrigerated section with Hispanic products, look for it there.

It will be easy to locate at a Mexican market if you have one close by. 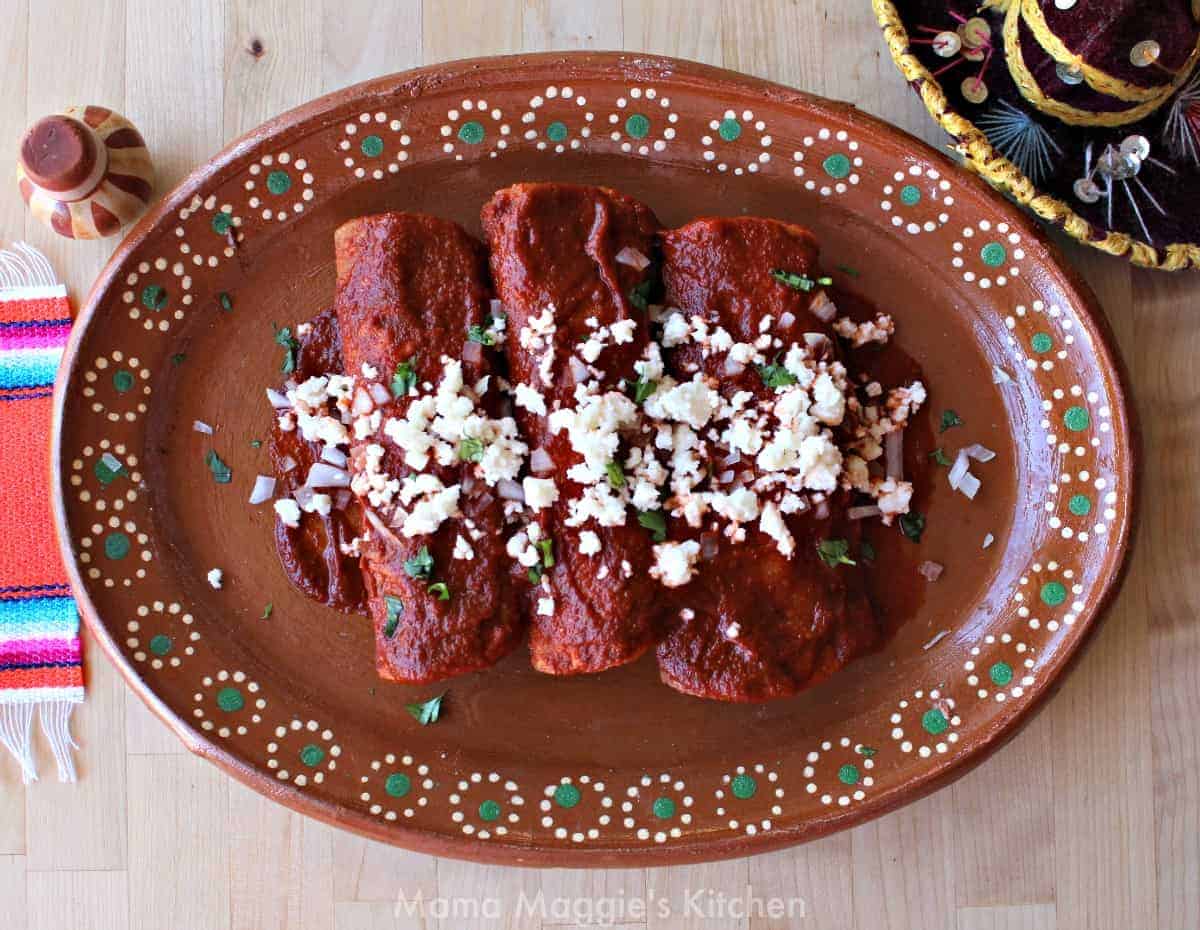 As for a substitute, you can very well use parmesan, feta cheese, or romano. They are very similar, but the textures are slightly different.

It’s perfect as a garnish or broken up into smaller pieces. Sprinkle it over salads, enchiladas, tacos, and any of your Mexican food favorites.

Popular Brands in the U.S.

Here are some popular Mexican brands that make cotija. Please note that typically the cotija sold in the US is milder than the ones in Mexico.