Home » Learn » What Are Pepitas? 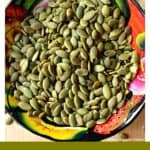 Pepitas are pumpkin seeds that come from a special variety. They are a tasty treat that can’t be beat. They are found in many traditional Mexican recipes, eaten as snacks, or used as toppings. 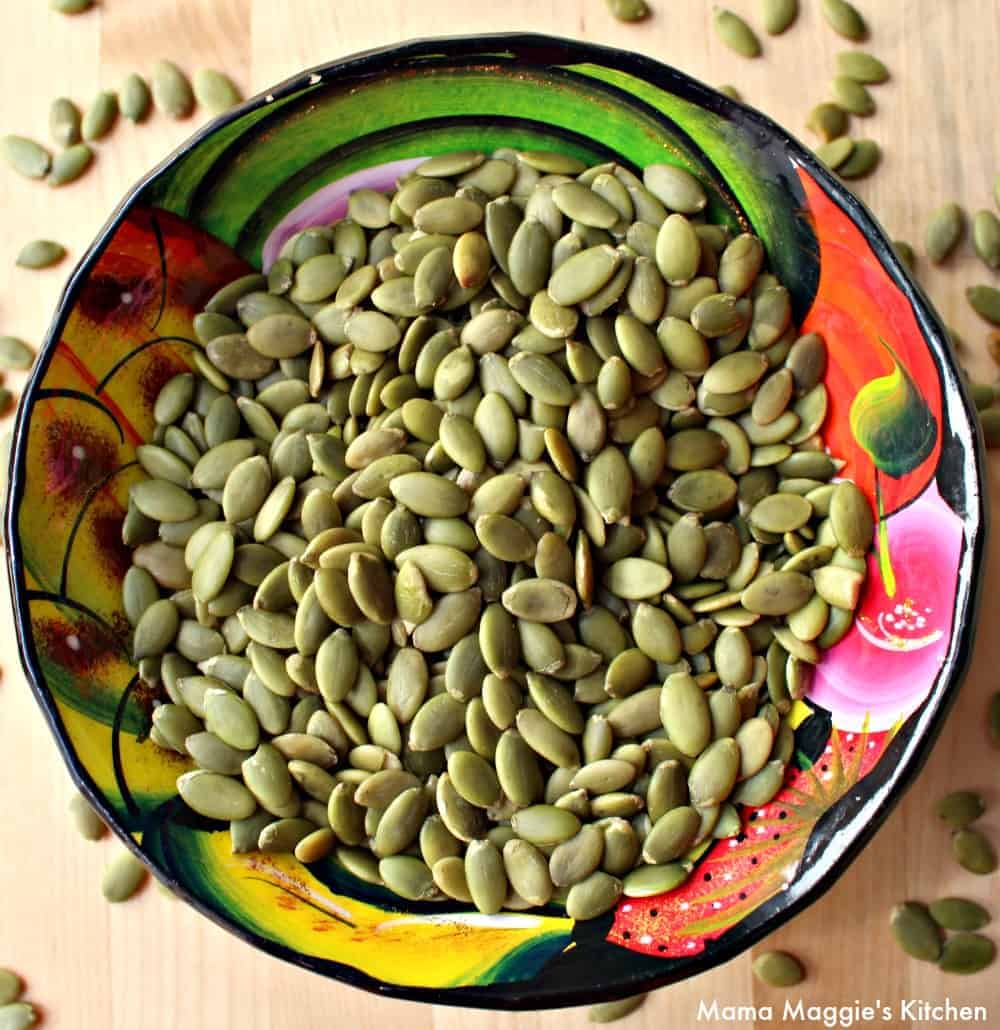 Señors and senoritas all love pepitas.  But what actually are pepitas? Well, although here in the U.S. the words “pumpkin seeds” and “pepitas” are often used interchangeably, in Mexico, however, they are very different. 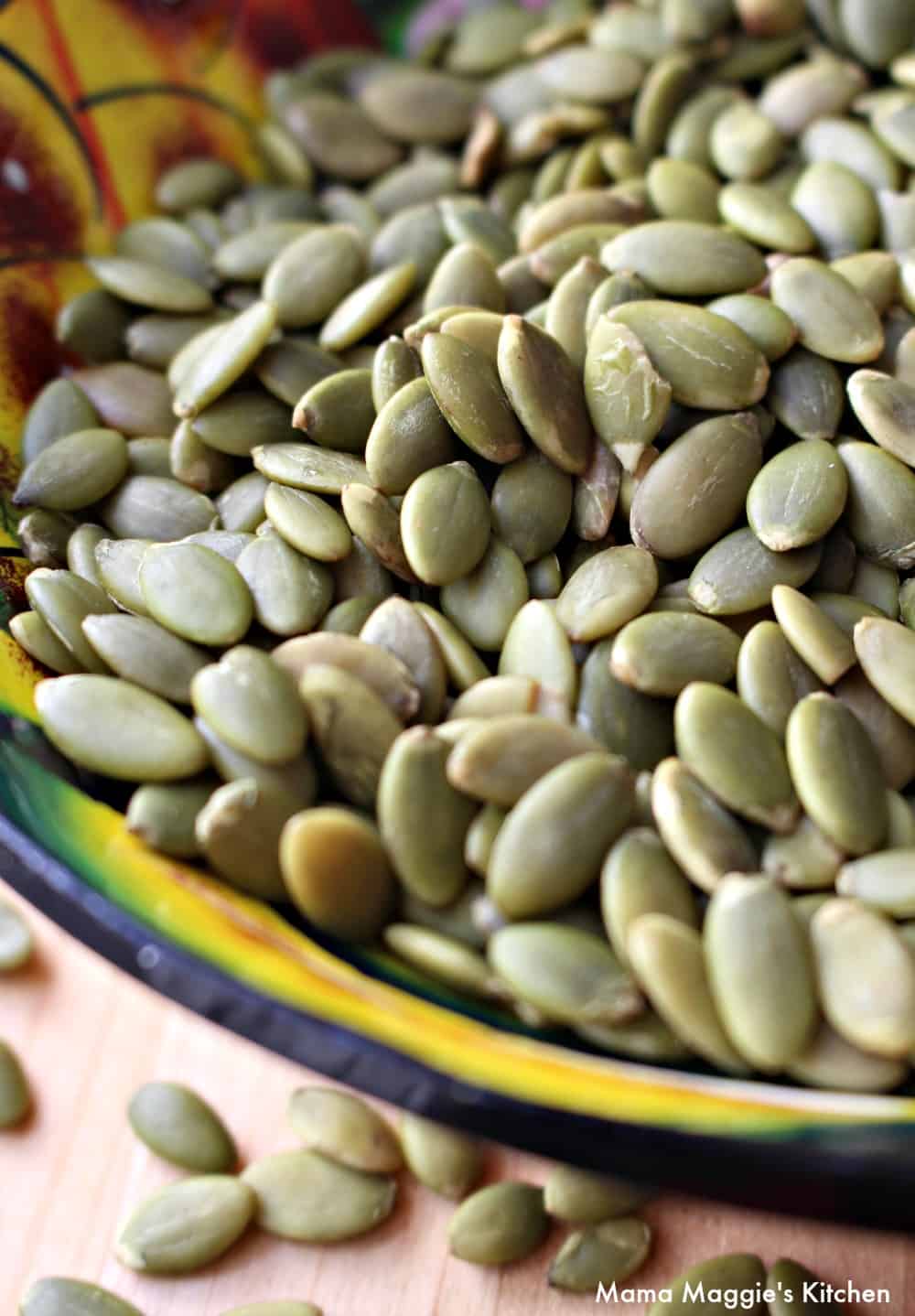 The other species of pumpkins that you may be familiar with actually have seeds with hulls that are very fibrous and far less tender than actual pepitas.

Pepita Seed Substitute: While it’s possible to make a substitution in a recipe featuring these delicious little seeds, the general rule is that while you can always substitute pepitas for regular pumpkin seeds, it’s best not to. It’s both a texture thing and a flavor thing.

A better substitute would be pine nuts.

In case you may be wondering, pepitas and pine nuts are NOT the same things.  While both of them do contain oil and have a mildly sweet flavor, pine nuts are from pine trees while pepitas are the seeds of pumpkins.

If you’ve purchased them before, you may also be aware that pine nuts are far more expensive than pepitas. That’s because pine nuts take around 18 months to mature while the pumpkin seeds can be annually harvested.  That annual harvest results in a far greater abundance of pepitas at a lower cost. 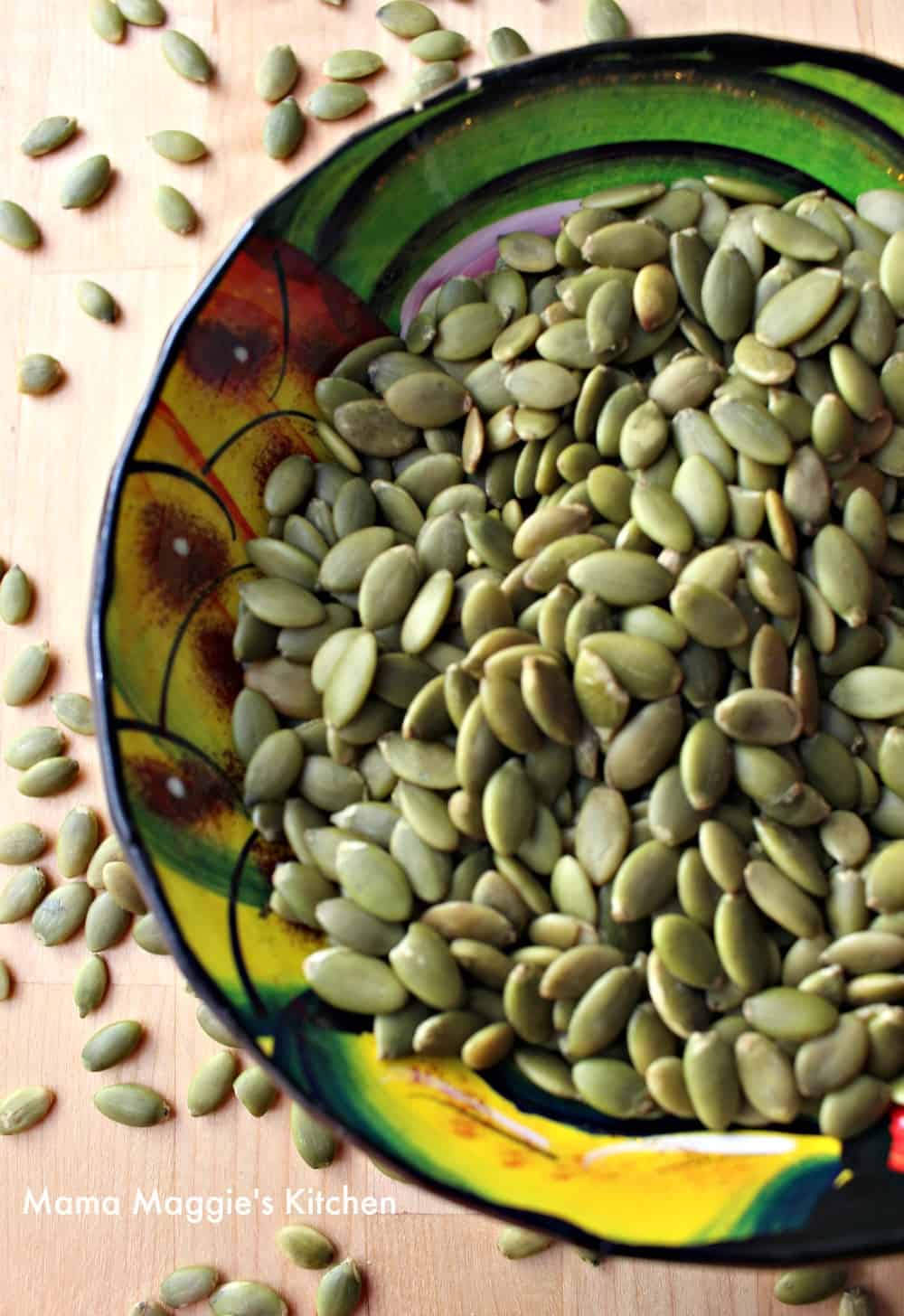 Pepitas can make you peppy.

While they may be tiny, they are supercharged with health-boosting power. They are chock-full of an amazing variety of powerful nutrients. They are a great way to boost your daily nutritional intake and they just happen to taste great.

Just to give you an idea of how good pepita seeds are,  just a 30-gram (1 ounce) portion has 9 grams of protein, 15 grams of fat, 4 grams of carbs with a total of 170 calories.  But moreover, these Mexican pumpkin seeds are loaded with essential minerals like magnesium, copper, phosphorus, manganese, zinc, and iron, all of which are great for your immune and nervous system function. 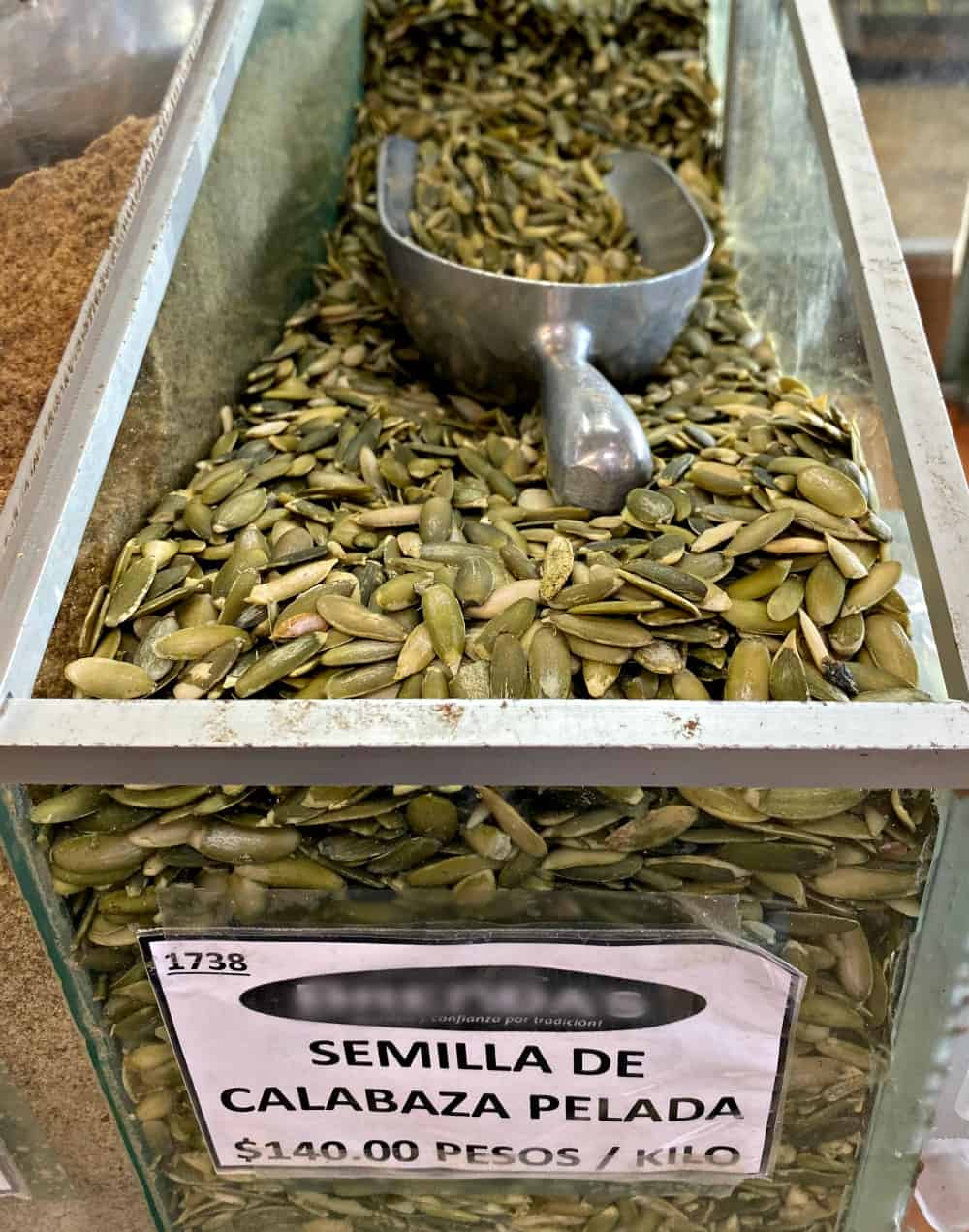 Pepitas are a treat to eat just as they are or roasted either on your stovetop or in the oven.

How to make Roasted Pepitas

In the oven: Toss them with 1 teaspoon of olive oil on a large sheet pan and let them roast for 13-15 minutes at 325 degrees F.  Remove and season with sea salt, cumin, paprika, cayenne or any other seasoning combination of your heart’s desire.

If, however, you want to take the stovetop route: Place a cup of the seeds into a pan at medium heat. Make sure that you stir them frequently.  After a little time, they will pop a bit and in about 4-6 minutes, you’ll seem them transform into a golden brown color. Once they are done, just cool, season, and serve. 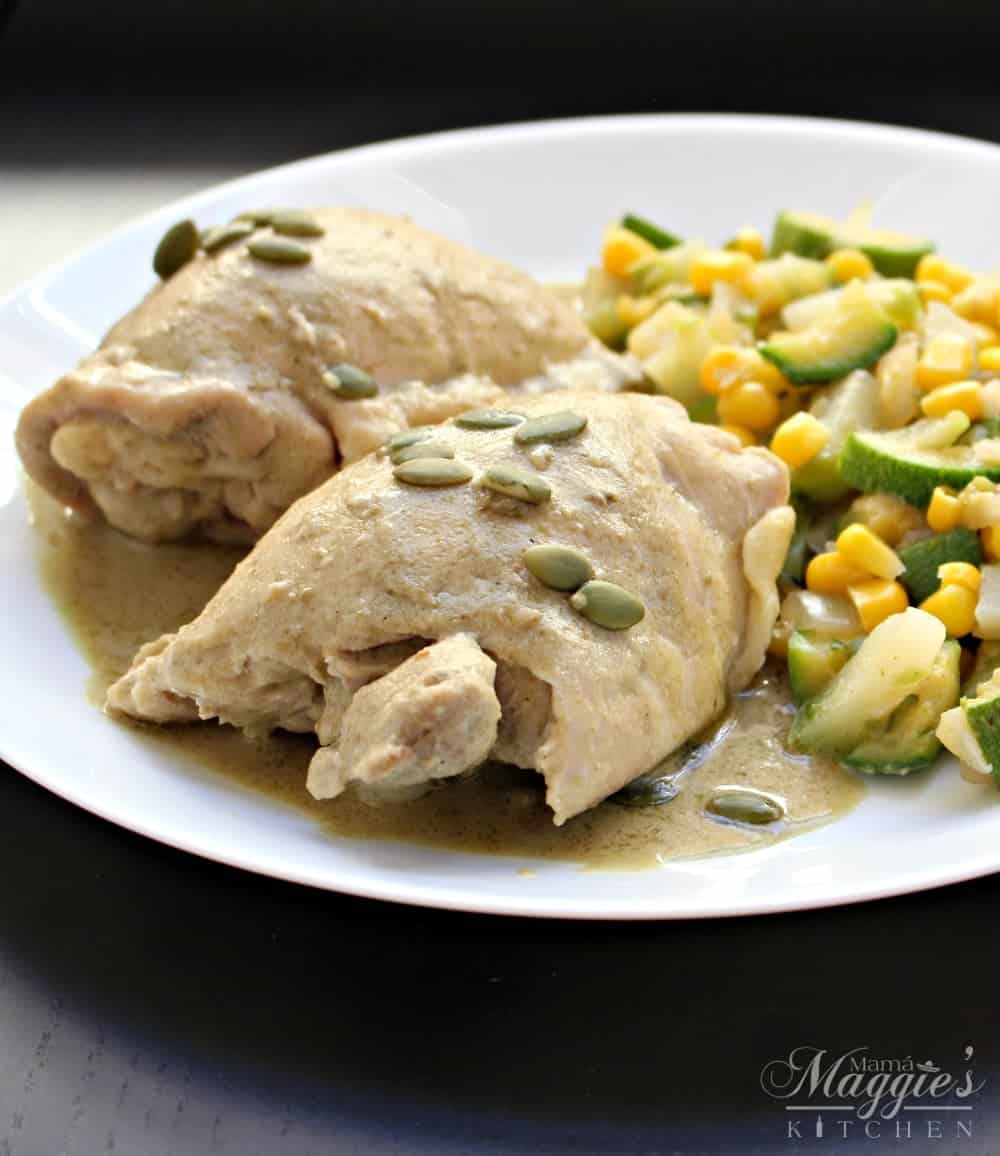 This Sauce is Boss

One of the very tastiest uses of these seeds in Mexican food is in the realm of sauces.  These little guys add both a unique flavor and texture to authentic Mexican recipes.

Pipian Verde is one such deliciously creamy yet dairy-free sauce that makes chicken, shrimp or pork into a heavenly dish.

Pipian Verde is often referred to as “Green Mole.” It’s a blend of tomatillos, serrano peppers, garlic, onions, roasted pepitas, and more.  It’s a creamy, dreamy, rich, and complex sauce that goes great over so many proteins. 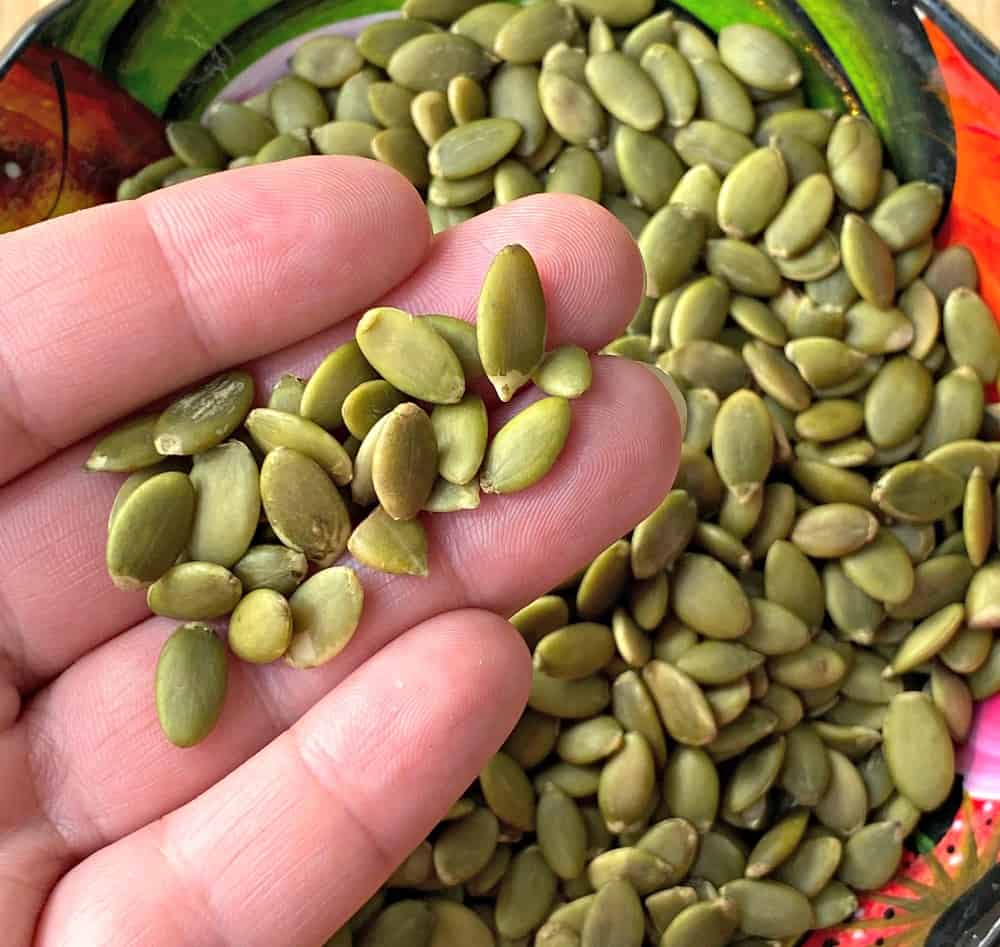 I know that very few of you might think of pepita seeds as one of your go-to Mexican essentials.  However, once you taste an amazing sauce made of roasted pepitas, you’ll be certain to stock your pantry with them.

In traveling on both sides of the border you will find many Mexican snacks that contain roasted pepitas. They’re super popular and an integral part of traditional Mexican diets.

If you have any questions or cooking ideas from your own experience with using pepitas, please reach out to me. I always love to hear what you are doing in your own kitchens.