This recipe for Pineapple Empanadas, or Empanadas de Piña, is a keeper. These yummy and vegan empanadas are sweet and slightly tart. They make a great dessert for everyone in the family.
Jump to Recipe Print Recipe 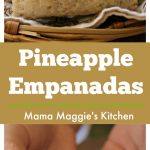 This recipe for Pineapple Empanadas, or Empanadas de Piña, is a keeper. These yummy and vegan empanadas are sweet and slightly tart. They make a great dessert for everyone in the family. 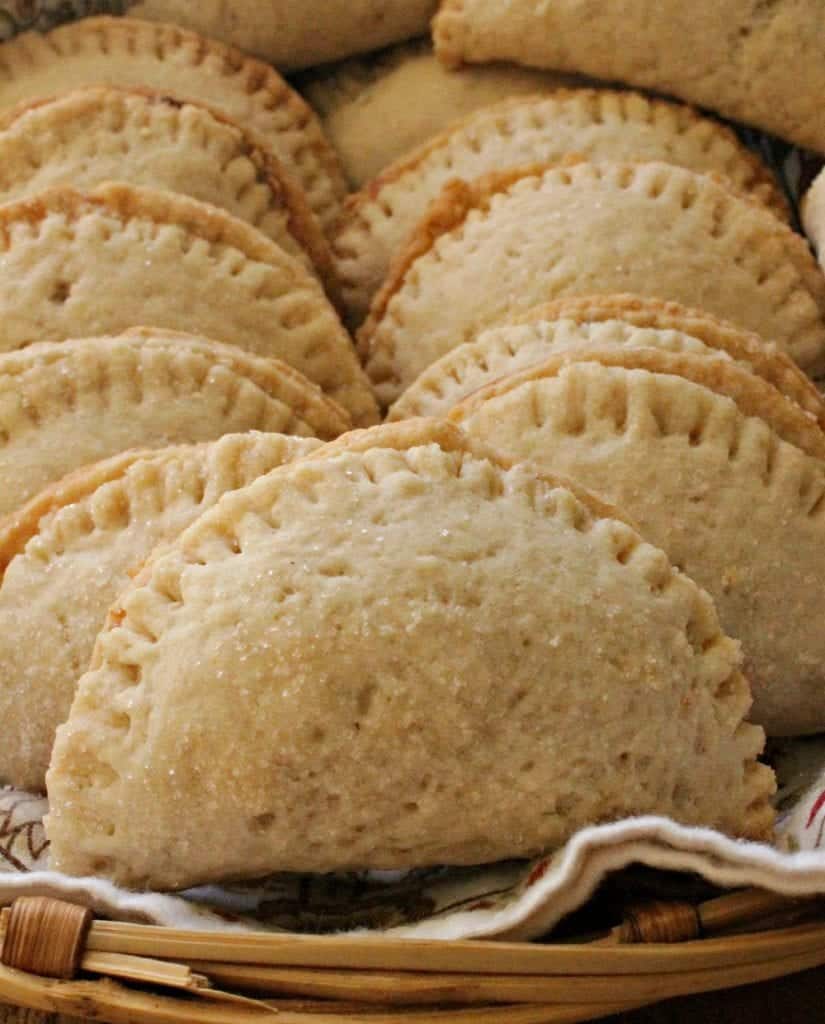 Do you know about my little brother yet? Well, he’s not so little. He’s 6’4”, smarter than the average bear, and a vegan. He is very busy right now getting his PhD in Computational Chemistry. He’s smart, remember? I decided to make him a vegan dessert. That’s why I made Pineapple Empanadas, or Empanadas de Piña. 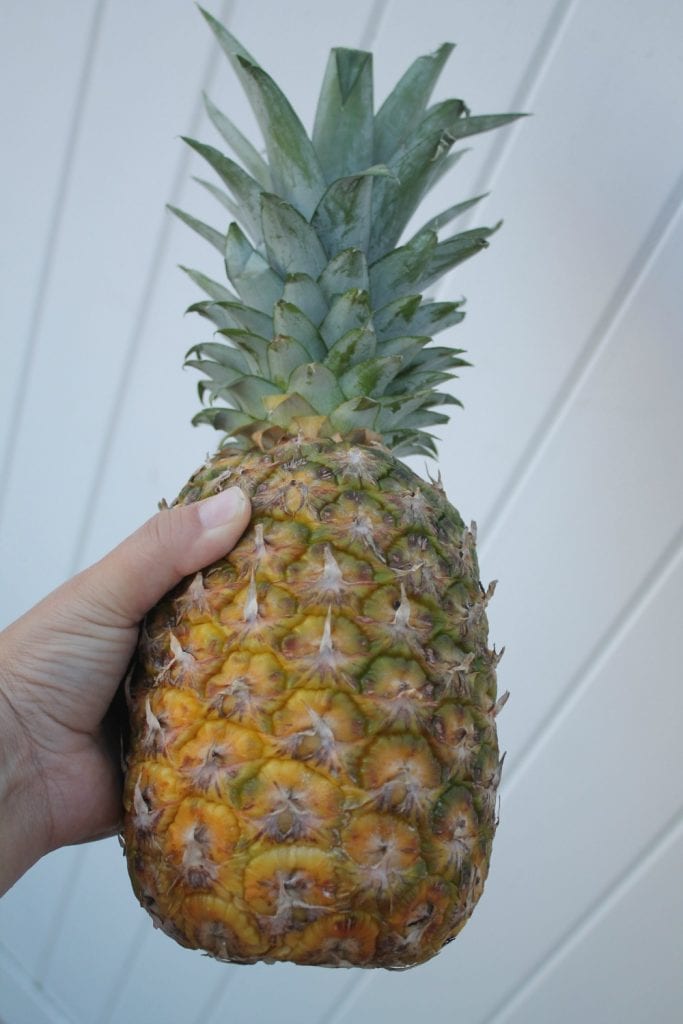 I contacted my fellow food blogger and friend Sonia from La Piña en la Cocina and discussed what I could make for my genius brother. She suggested I use her mom’s empanada dough recipe which does not use milk but a cinnamon tea base. It’s a tough dough to work with, she said, and many have had problems with it. My response: CHALLENGE ACCEPTED! 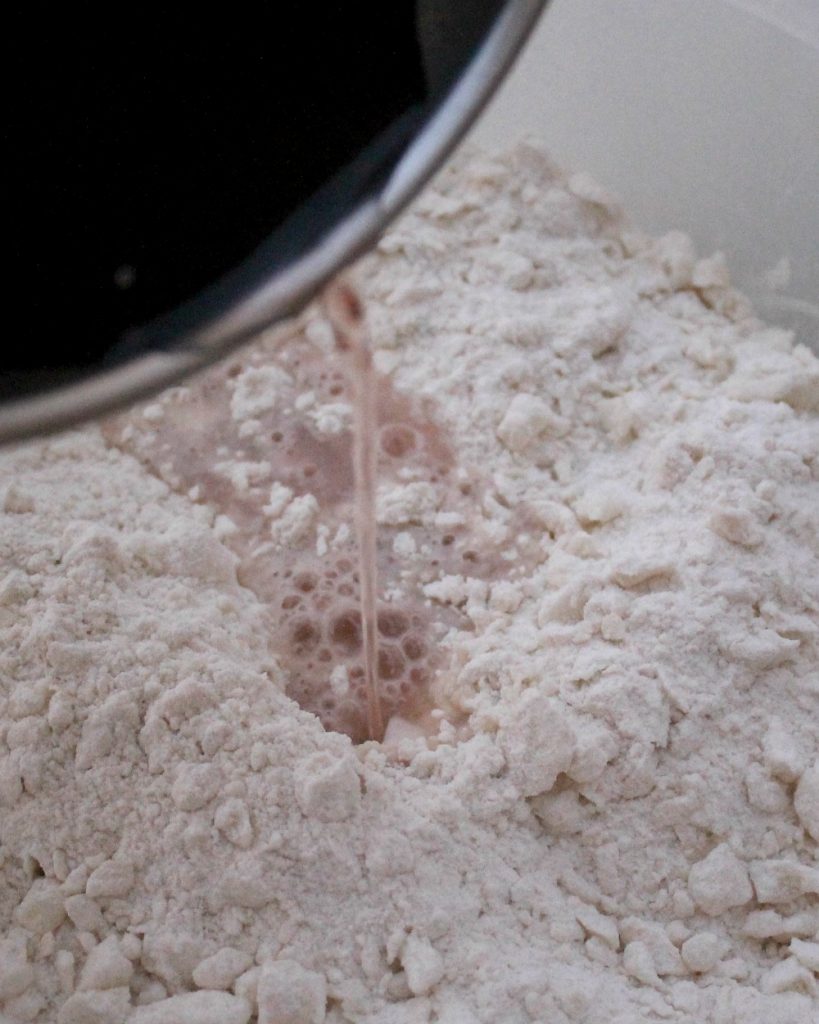 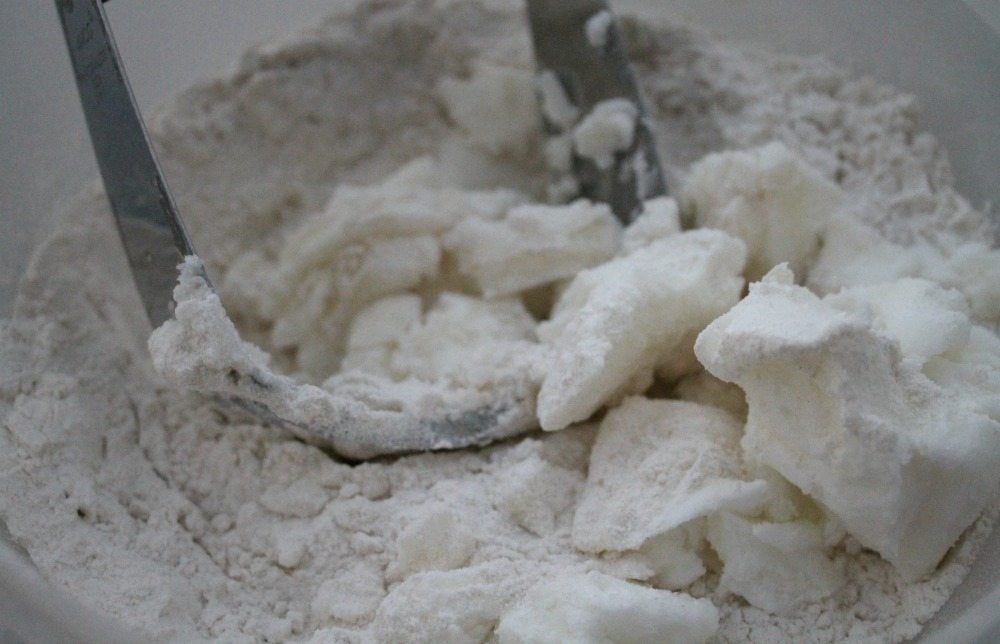 This isn’t the smooth Pillsbury refrigerated dough we all know and love. I adapted her mom’s recipe slightly to make it more user friendly. I suggest adding more tea water. Enough to get the dough going. Here is the original recipe. 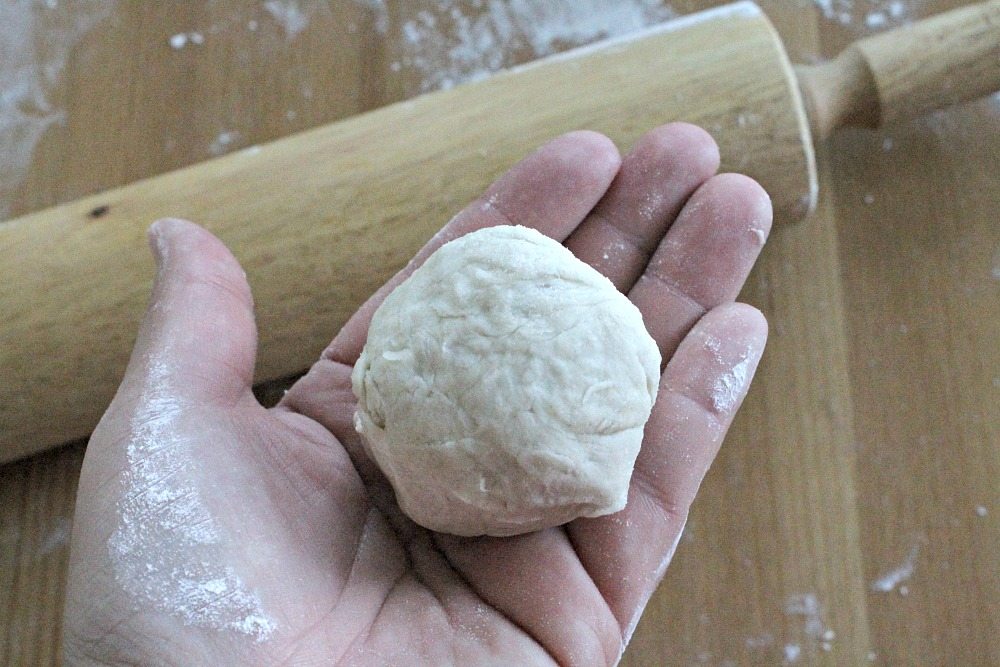 Here’s something else I recommend. Don’t roll out the entire dough like normal empanadas. Kinda like flour tortillas or buñuelos, make individual dough balls and roll each out. If you have a tortilla press, this will go quickly. If you don’t, roll out the dough then cut out your circle. 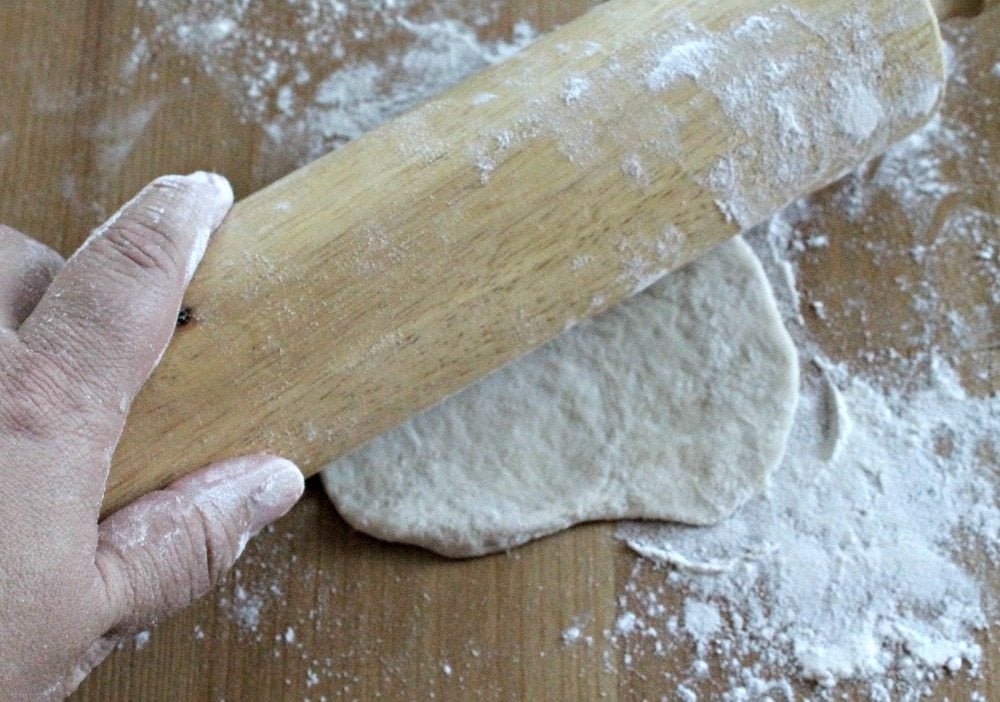 The beauty of this dough: There’s no dairy. No need to worry about keeping it cold or warming up the dough with your hands. Love that! 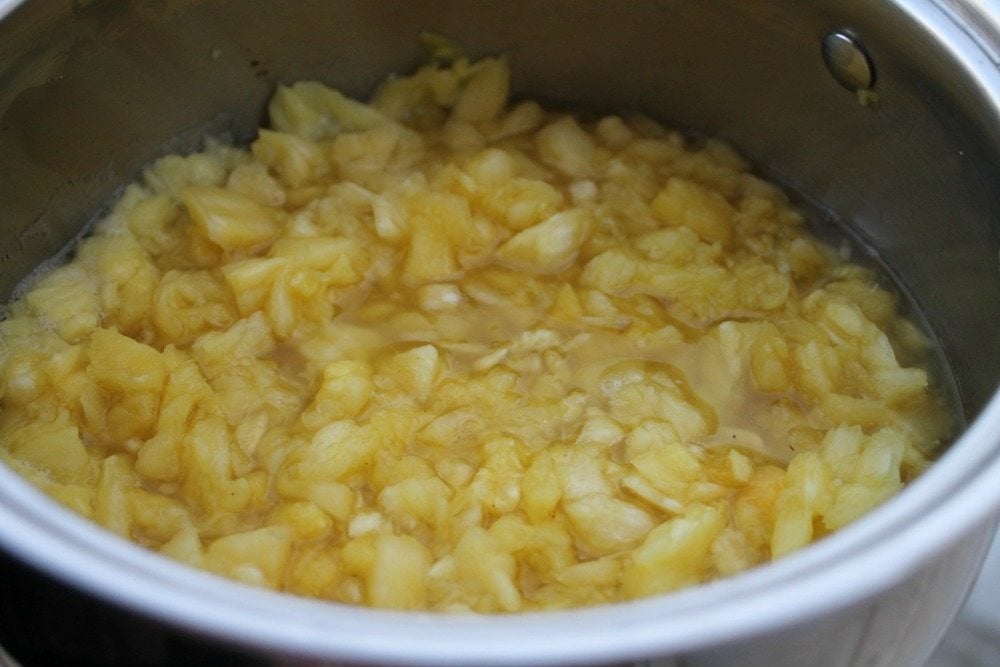 For the filling… Since I was talking to Sonia, or as some people know her, “La Piña.” I decided to make my bro Pineapple Empanadas, or Empanadas de Piña. Chop the fresh pineapple, thicken up with cornstarch, and set aside to cool. 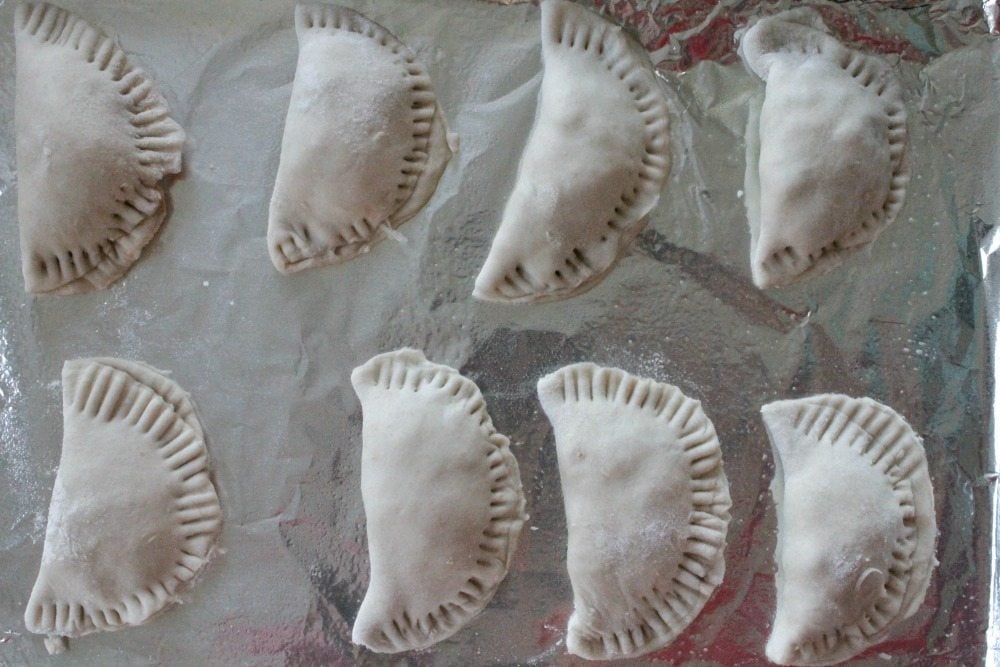 Add a spoonful of your pineapple filling to the dough and fold. I’m not as fancy as La Piña when it comes to empanada edge. I use a fork because it’s forking easy. Ha! 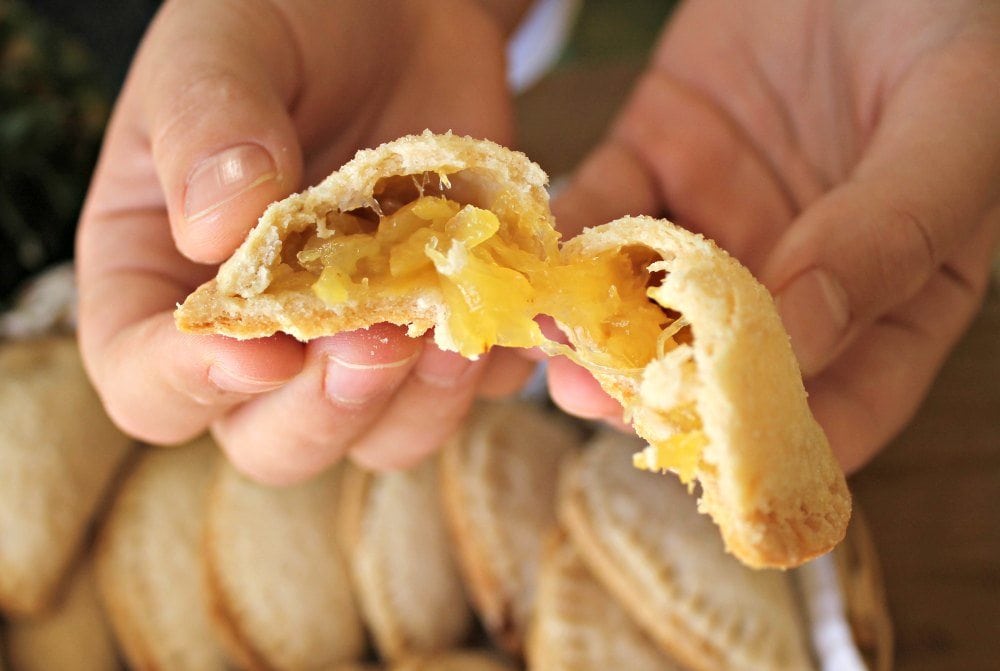 Who would ever guessed these Pineapple Empanadas, or Empanadas de Piña, are this good and 100% vegan?! Confession time: My family was somewhat upset when I only gave them one each. PhD-ing is hard stuff! My little brother deserves alllll the empanadas… minus the ones I ate. For testing purposes, of course. 😉 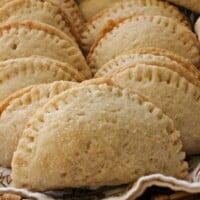 Add more water if needed to bring the dough together.  For non-vegans:


How would you eat Pineapple Empanadas, or Empanadas de Piña? Breakfast or Dessert?