I was invited by Domino’s Pizza to visit one of their new design locations with a more restaurant feel. A sit down place where you can order pizza by the slice and hang out. Not just pick up and go. Franchise owner, Shane Casey, met me at his Rancho Bernardo location and gave me a quick lesson on pizza making. 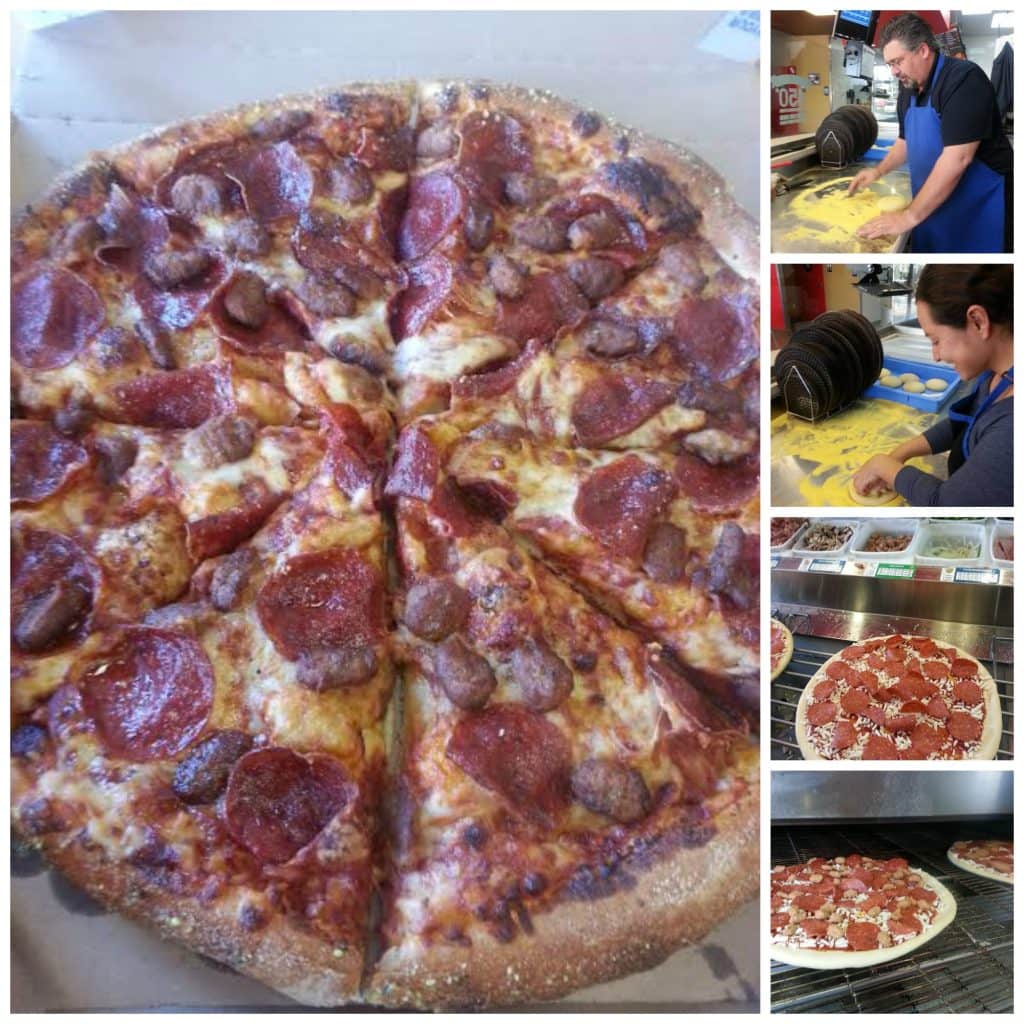 I soon learned that his wife was the fastest female pizza maker 3 times, and he too had competed in these competitions. The hardest part for me was spreading out the dough. He made it look so easy, tossing it up in the air. I think I’ll stick to eating pizza and leave the pizza making for the pros in the Casey family. 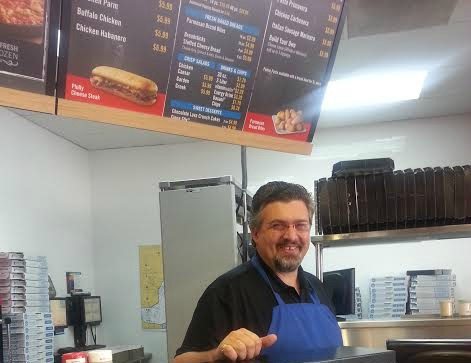 During my time there, I gained a newfound respect for Domino’s Pizza. Mr. Casey started off as a driver. How is that for the American dream? He now owns 36 locations in San Diego and several more in Los Angeles. He employs roughly 2200 people, including his own daughter who works as a cook. His business partner, Dan Hosseini, has an equally impressive background. Originally from Iran, Hosseini also started off delivering pizzas. He was also the creator of the pastas on the Domino’s menu. You can find Hosseini cooking for the homeless at an LA shelter on most Fridays.

“I take seriously the 2000 people who fork for us,” Casey said. He tries to promote his employees and encourages them to be more.

What I loved most was hearing his deep, sincere appreciation for our military. After all, we are a military town in San Diego. One of his favorite Domino’s locations is the one located at Camp Pendelton. For the Super Bowl, they served over 2000 marines, making $24k in just one day. 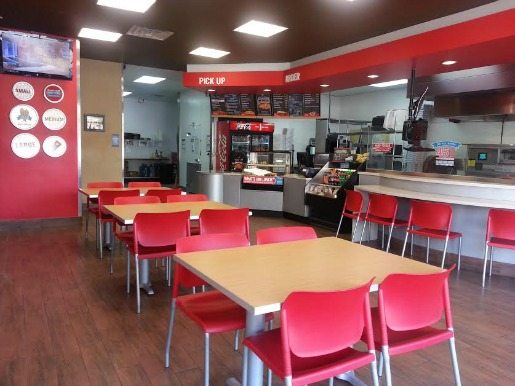 The wave of the Domino’s future is in pizza restaurants. Keep an eye out. We will start seeing more of these pop up in the next few years. In the meantime, be nice to the delivery guy. You never know where they will be in 10 years from now. 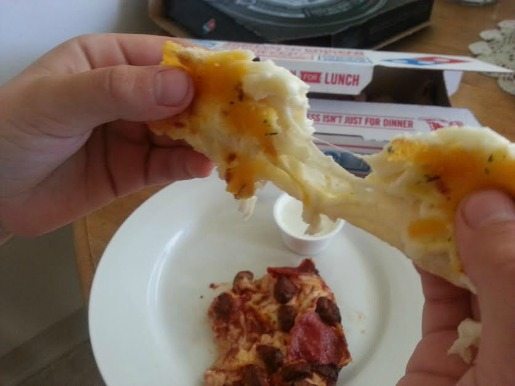 It’s basketball season. What are you eating?
Check out the Domino’s Pizza WEBSITE to order.