This Pound Cake topped with Mango and Cinnamon Crema is not too sweet and absolutely delicious. Juicy mango and just enough spice from the cinnamon. You’re going to love it!
Jump to Recipe Print Recipe

This shop has been compensated by Collective Bias, Inc. and its advertiser. All opinions are mine alone. #GustoNestle #CollectiveBias 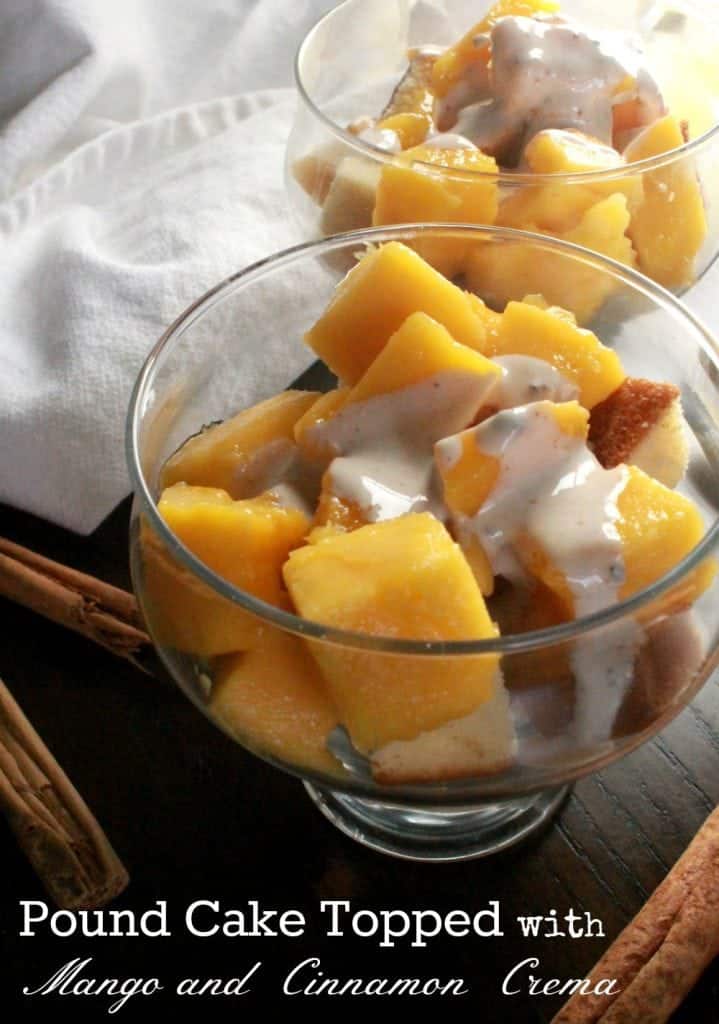 Today is September 16. While I’m here in beautiful San Diego, California, my family is having a mini reunion in Mexico City for Mexican Independence Day. They celebrated last night hearing “El Grito” at midnight in the Zócalo (the Mexican equivalent of the Washington Mall) with millions of people. “El grito” literally means “A cry.” All over the country, the president or mayor of the town screams out several names of the people who fought in the war that subsequently led to the Mexican Independence. Me, I celebrated in front of the TV, eating my Pound Cake topped with Mango and Cinnamon Crema. 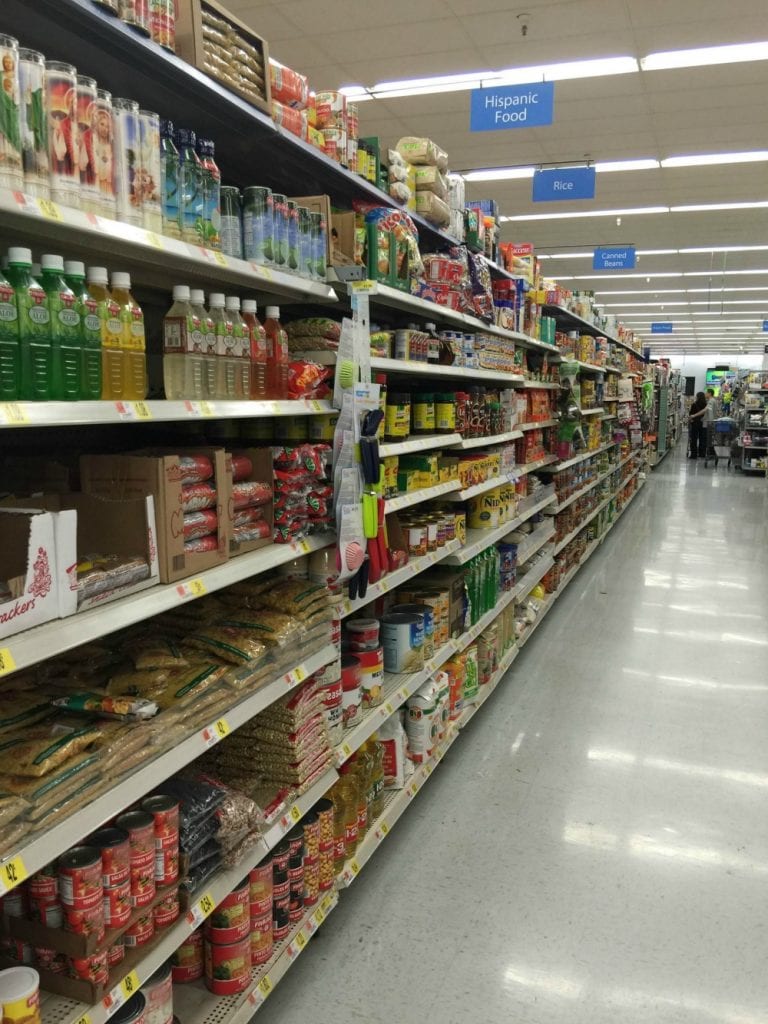 If I can’t be with my family today or during Hispanic Heritage Month, at least I can eat the food my family loves. My go-to is the Hispanic Food aisle at Walmart. Like NESTLÉ® La Lechera Sweetened Condensed Milk (14 oz) and NESTLÉ® La Lechera Dulce de Leche Squeezable11.5 oz or 15.8 oz ). There’s something comforting in seeing foods that I grew up with in my pantry. They are so versatile, and you can turn just about any dish into amazing like THAT! (snaps fingers) 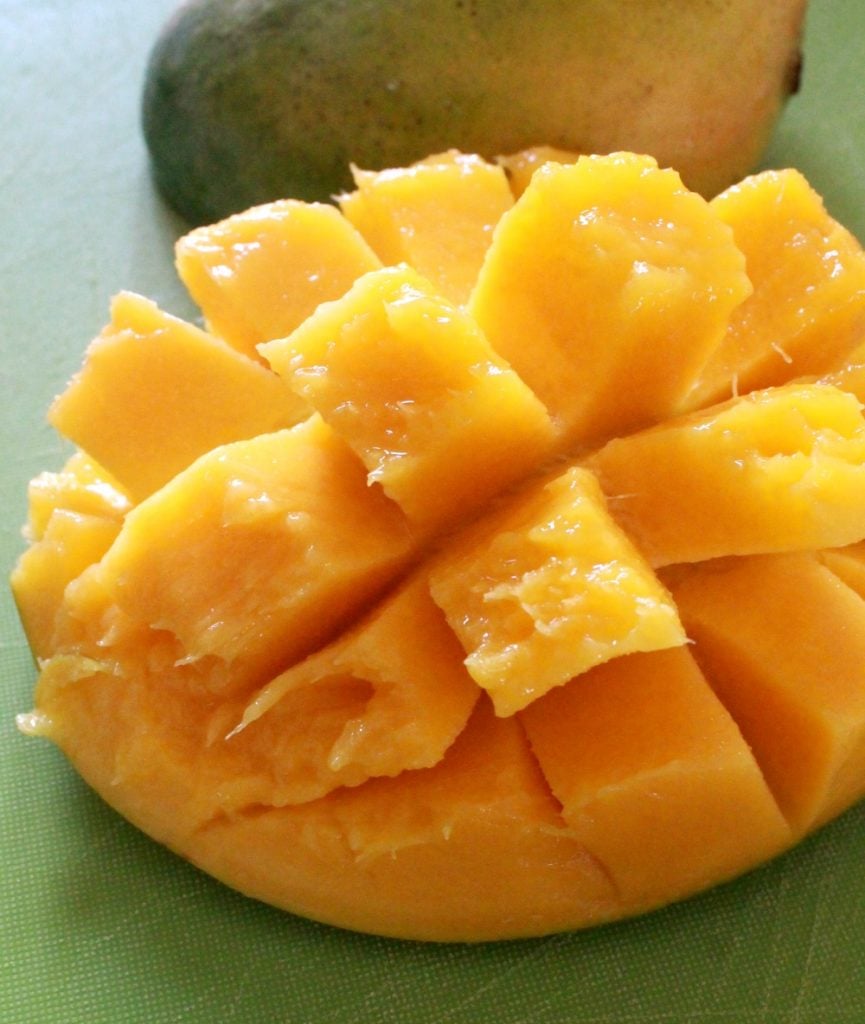 Isn’t it weird how food can transport you to different places? Cinnamon reminds me of Mexican markets. There are bundles of cinnamon at every stand. Naturally, we put it in everything. Or mangos. I lived with my aunt (who is like another mother) in Tabasco, Mexico. In front of her house, there’s a mango tree. She attributes gaining 5 kilos because of those addictive and juicy mangos. The easiest way to dice mangos is to cut down length wise along the seed. Then slice down the flesh crisscross. Flip it inside out like the picture above and slice along the skin to remove the fruit… and voila! 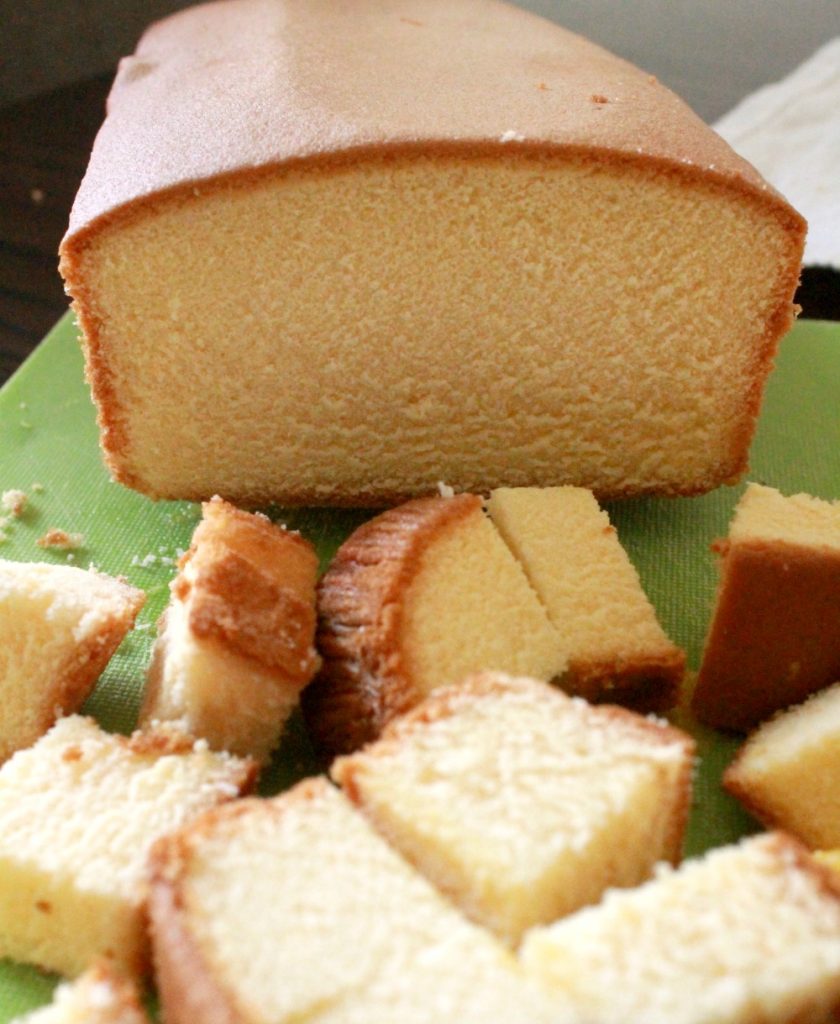 I’m using pound cake, but if you want to get creative. Use the cinnamon crema as a dipping sauce for NESTLÉ® TOLL HOUSE® Refrigerated Cookie Dough Bars. It’s foodie madness, right?! I Mexican-ize most of my food. Even foods like STOUFFER’S® Family Size Chicken Alfredo 31 oz. Box, for example. I add jalapeño to it and top it off with cilantro. Or I take foods like OUTSHINE® FROZEN SNACKS (6 count of Strawberry, Coconut or Pineapple) and tell my son stories about running down the street, chasing after “el paletero” (or ice cream man). LOL. They didn’t have ice cream trucks like they do here. Back then, it was a guy riding around in a bicycle and a cooler. Oh, the memories… 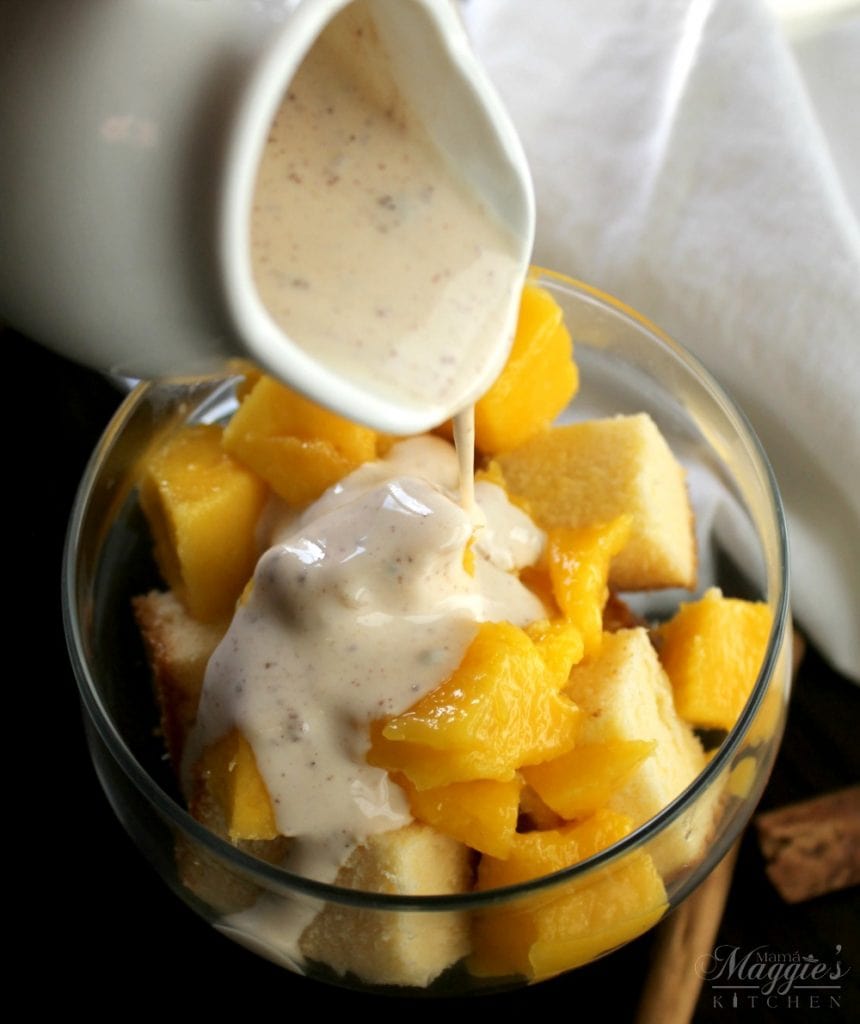 This Pound Cake topped with Mango and Cinnamon Crema is not too sweet and absolutely delicious . Juicy mango and just enough spice from the cinnamon. You’re going to love it! It’s a perfect way to end dinner or to celebrate Hispanic Heritage Month. iProvecho! 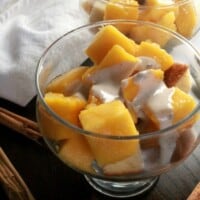 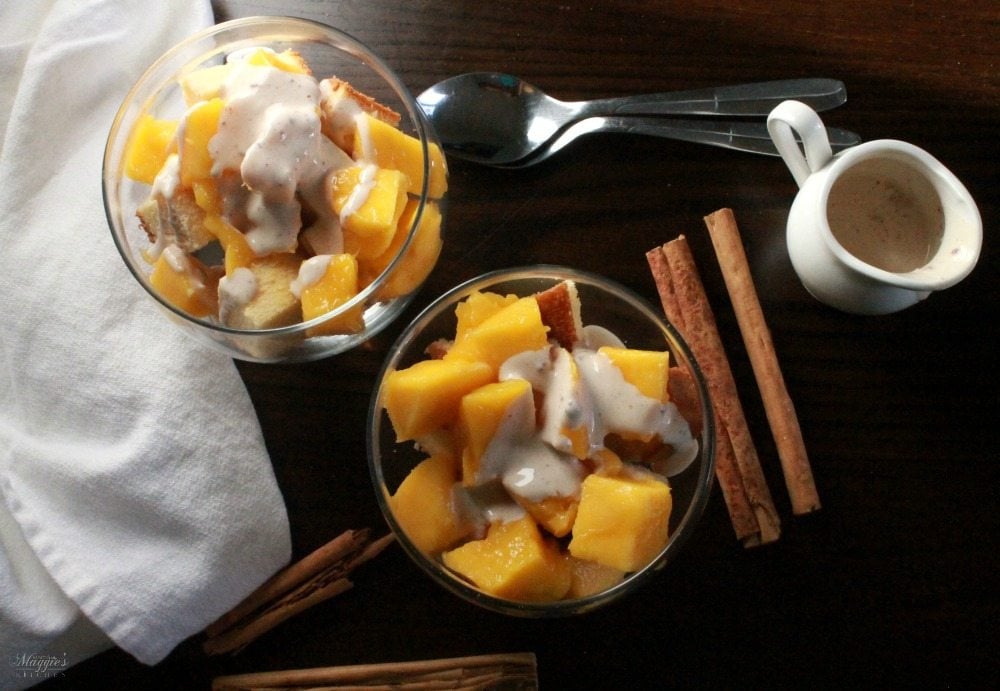 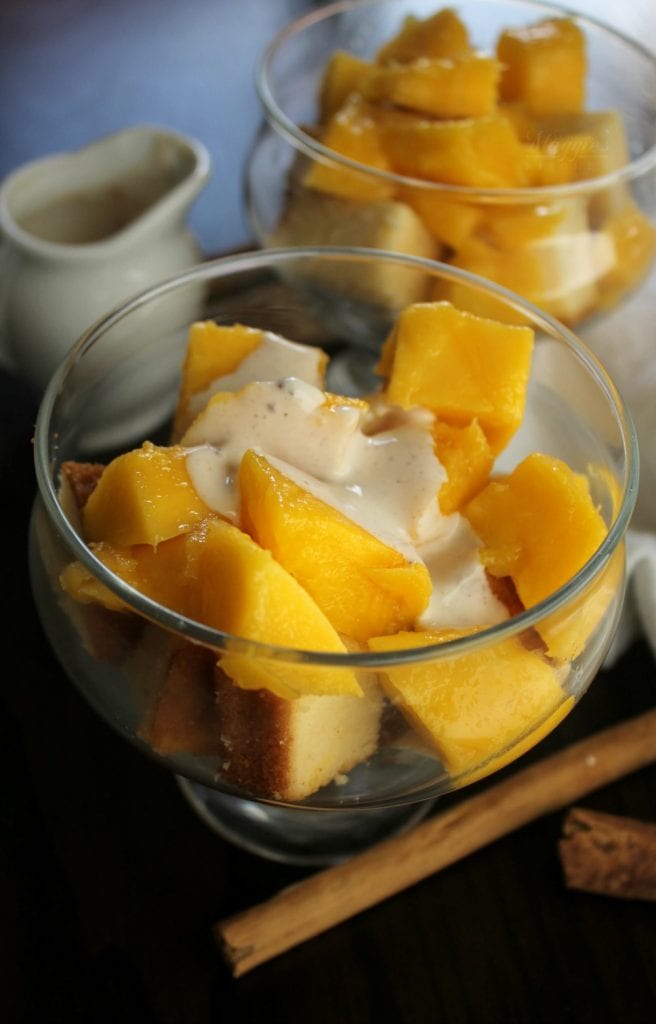 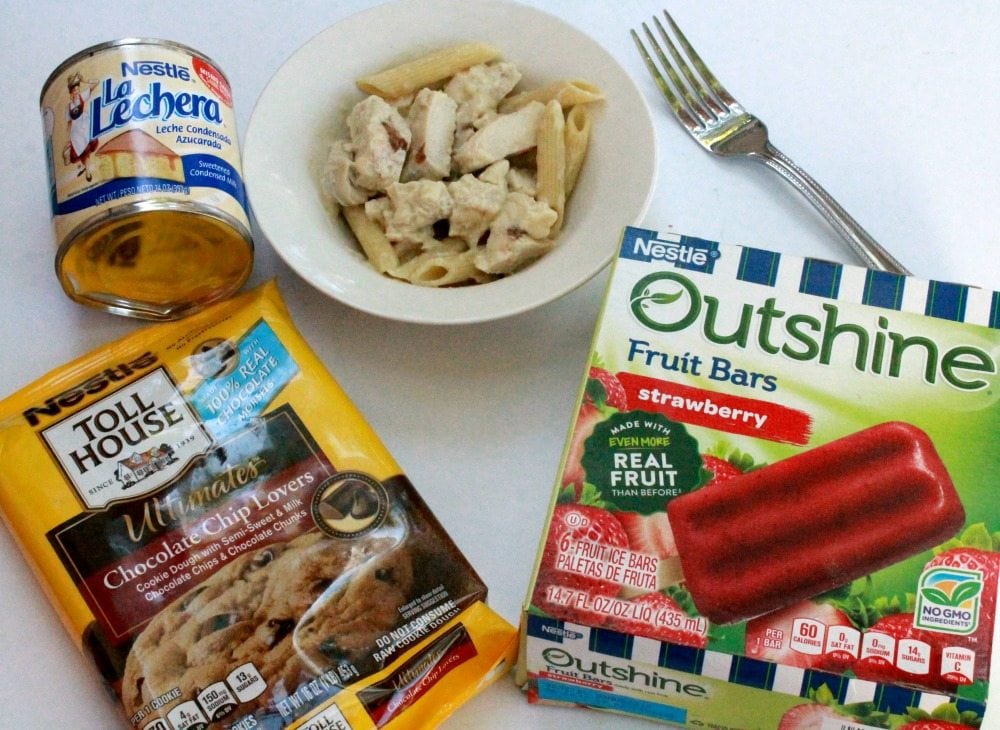 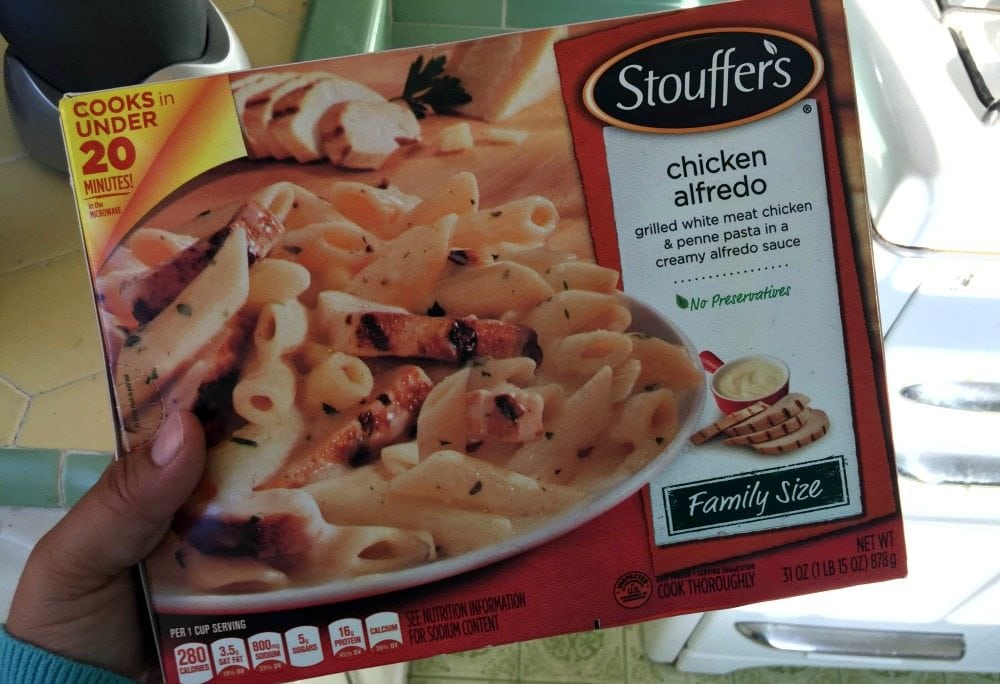