Home » Uncategorized » A Pirate Birthday for My Little Red 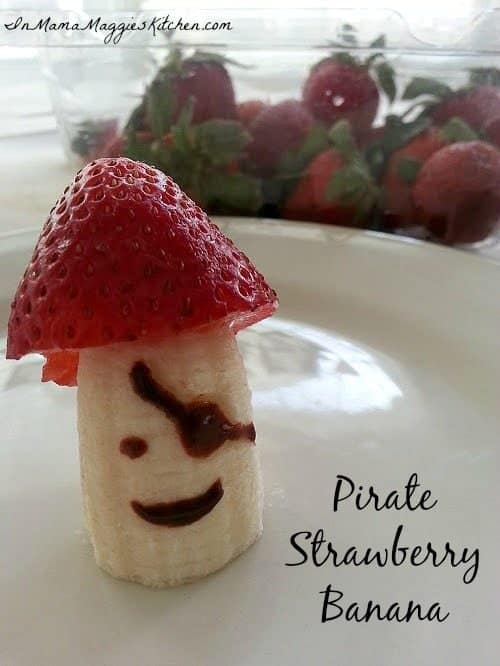 My Little Red turned 7 on June 6th. He is a D-Day baby with red, ginger hair. He’s funny and smart. He is without a doubt the best thing that has ever happened in my life. Cambio totalmente mi vida. Cuando el nació, la palabra “amor” tomo otro sentido. The word “love” took on a new meaning when he was born. 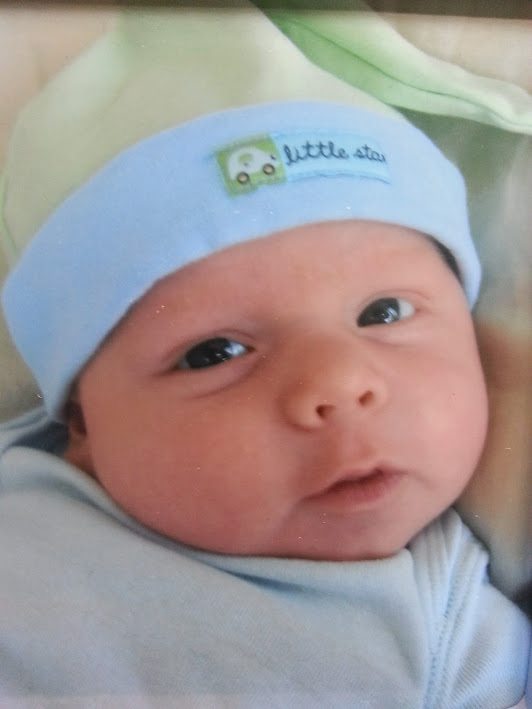 Larry Fournillier is my co-host on my cooking show. He calls himself the “Pirate of the Caribbean” because he lives in Trinidad. His profile picture is of him dressed up like a pirate. I blame Larry for my son’s pirate obsession. Naturally, my son wanted a pirate-themed birthday party. 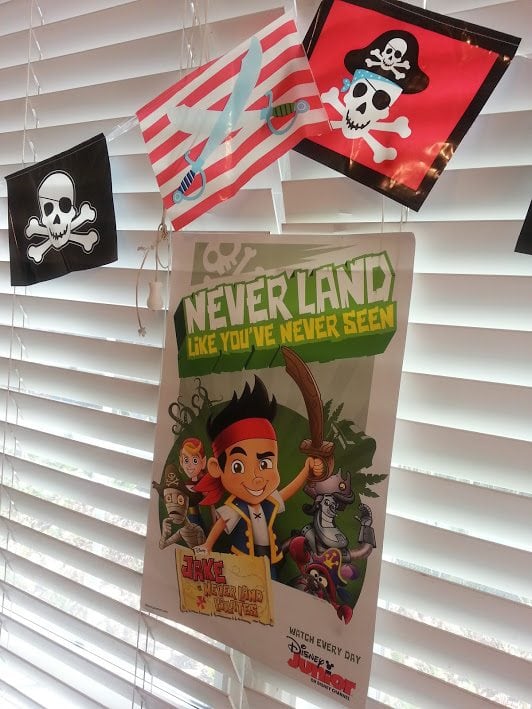 It started with a trip to the Disney store. He went straight for the Jake and the Never Land Pirates toys. He even chose the stuff that said 3+ years old. He didn’t care. He wanted a pirate sword and gold coins!

The birthday party was so much fun! I invited a couple of his little friends over and played cool pirate games. We started with a treasure hunt. I placed these pirate clues up and down my street. “Go to the slide in the backyard.” Another said, “Is the treasure by the BBQ?” And so on and so on… until they found the Jake and the Never Land treasure chest full of candy.

Here’s a short Instagram video of their treasure hunting:

We played some fun activity games with other Disney Junior characters. Some of Little Red’s friends are little, little. Uno solamente tiene 3 anos y no puede leer. There was a matching section his 3-year-old friend could do by himself. According to this game activity, my pirate name is Dead Man Morgan. Ha! 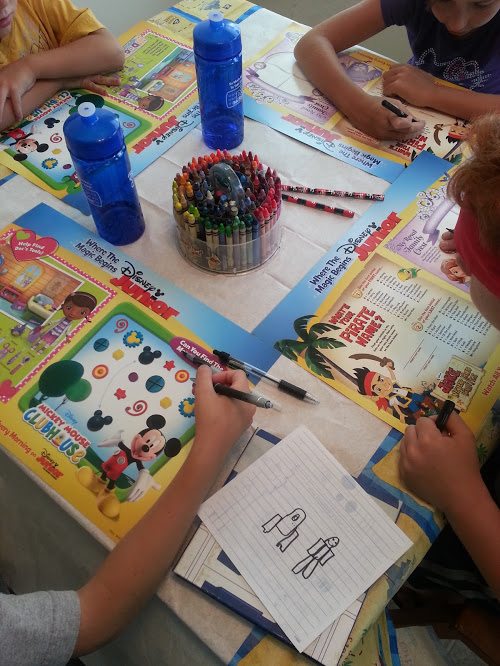 This is the pirate loot bag the kids got to take home. I saw the banana at another party and had to steal this cute idea. Que lindo, no? 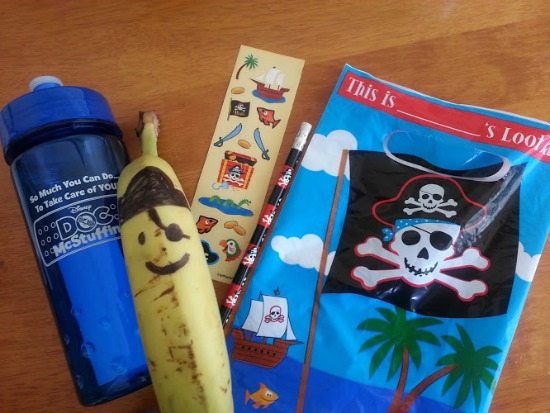 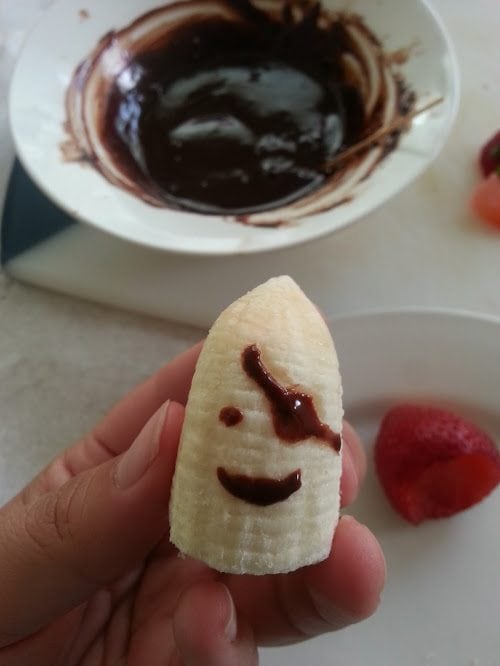 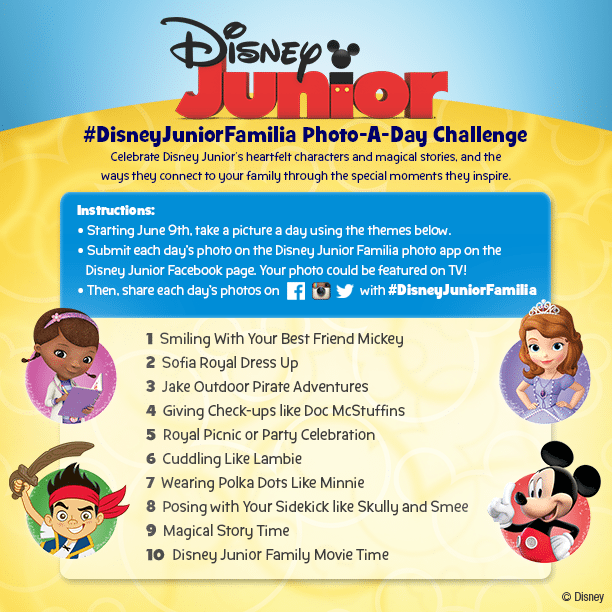 I’m taking part in the #DisneyJuniorFamilia Photo-A-Day Challenge. CLICK HERE and join me! You might even get to be on TV. 🙂