Disclosure: I am a member of the Collective Bias® Social Fabric® Community. This shop has been compensated as part of a social shopper amplification for Collective Bias and its advertiser. 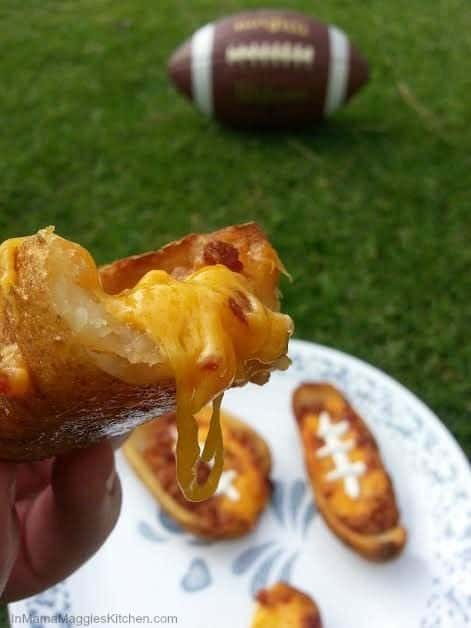 Every year, I look forward to the Big Game. I mean, who doesn’t right? It’s an excuse to indulge in something decadent and sinful. Lately, I’ve been going to my friends’ house for Sunday football. We’ve had a great time this season, rooting for each other’s teams and consoling each other when they lose. We go way out on Sundays. One of my football friends owns a t-shirt manufacturing company and made us all t-shirts. You can just imagine the spread! That’s why, for the Big Game, I had to kick it up a notch. The only thing, I didn’t have too much time on my hands.

The other day, I was at Walmart, picking up some stuff. TGIF was doing an in-store demo. I’m a sucker for samples. The demo lady had a $1 off coupon. That’s when I decided to make some yummy football treats, using these delicious little creatures (aka loaded potatoes). 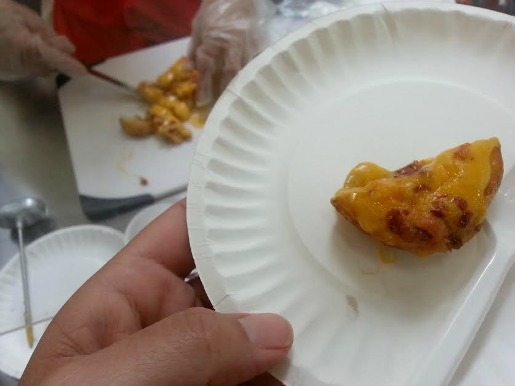 You find TGIF Loaded Cheddar and Bacon Potato Skins in the freezer aisle at Walmart. TGIF has a whole section. I definitely can’t complain about the price especially with a $1 off coupon in hand. 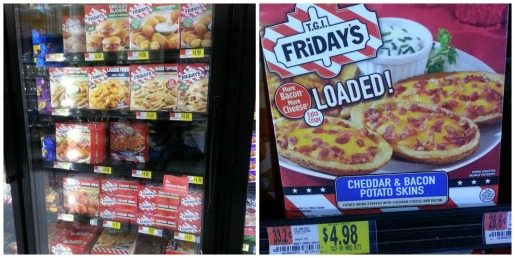 Here’s what I did with them. On Game Day, I baked them as per the package. Right before game time, I put sour cream in a small, plastic baggie. I cut one of the edges to make a decorating pipe and drew the “lines” of a football.

I can’t tell you how long these lasted. They were gone as soon as I put them down on the table. Can you blame them? What I loved was that no one knew I had used TGIF’s loaded potatoes. It was my little secret. Well, I guess the cat is out of the bag. 😉