When I want to get away from Coronado, I usually take the ferry and head over to Seaport Village. There are tons of shops and things to do. When I heard Frost Me Cupcakes had opened up at one of my favorite spots in San Diego, I had to pay them a visit. 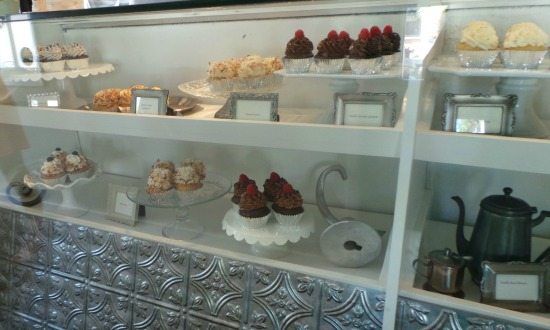 The guys from Frost Me Cupcakes – Jon and Audrey- competed in the Food Network’s “Cupcake Wars.” Have you seen the show? It’s pretty intense, isn’t it? Not only that, but they won! Whoot! And now they’ve opened up a shop at Seaport Village. Double whoot! 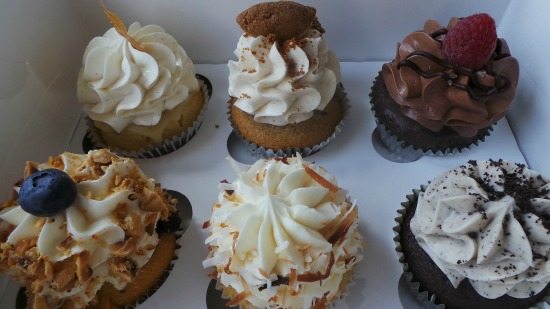 Some of you know that I’m not much of a sweets eater. Desserts, I hold to a different standard. And Frost Me Cupcakes definitely met the mark. 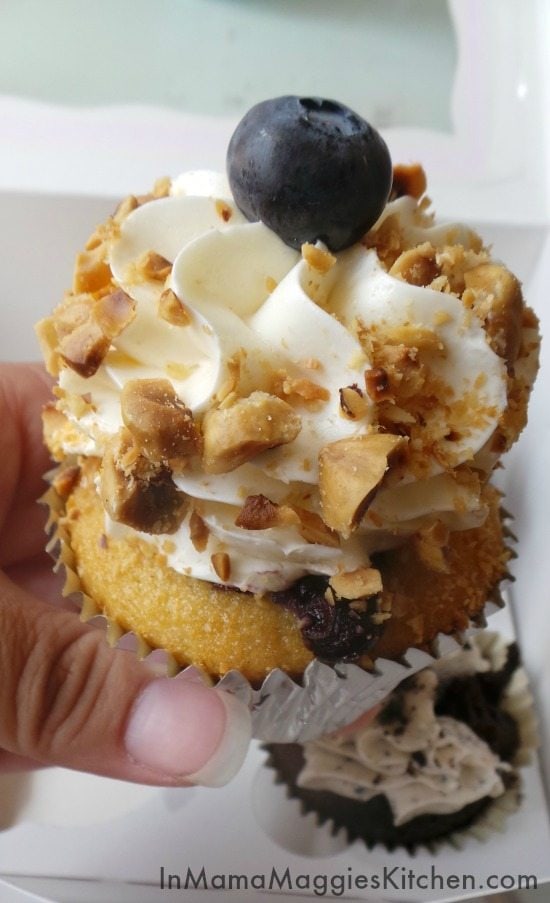 Yes, this Hazelnut Blueberry cupcake is as good as it looks. What I loved were the fresh blueberries that you could bite into, moist, and delicious. Oooooh so yummy! 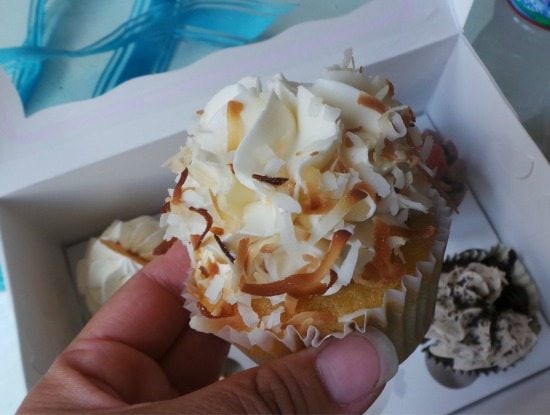 Toasted Coconut Cupcake. Do I really need to say more? I’m such a big coconut fan too. I even put it into my popcorn. The toasted coconut and silky texture of the cream. Oh my… oh my … oh my! 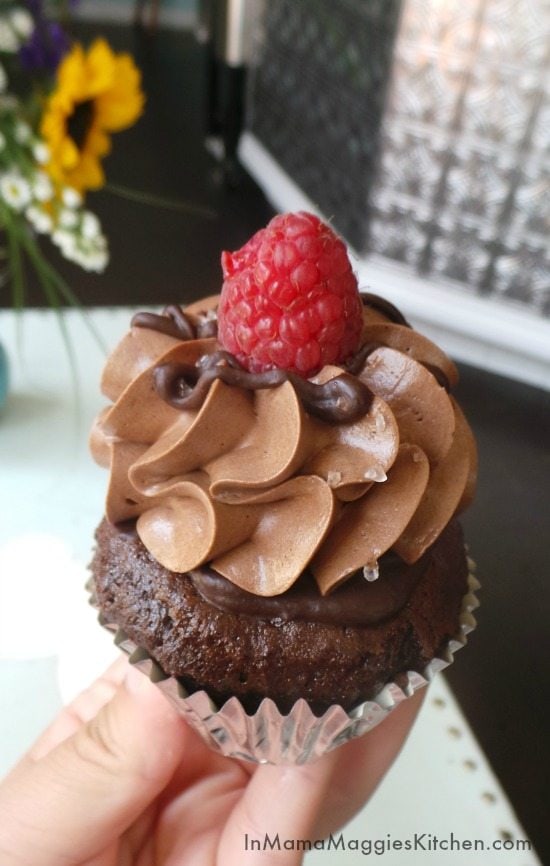 Dark Chocolate Sea Salt cupcake. The flavor of the chocolate was not intense but enhanced with the sea salt. Then, there’s the delicate, creaminess of the frosting. That is what really makes this cupcake Ah-mazing!

My favorite cupcake was this one here: Vanilla Chia. The cake was soft and delicate. So, so, so heavenly. When I go back (and I will), this is what I’m ordering. Vanilla, creamy, and with a soft chia flavor. 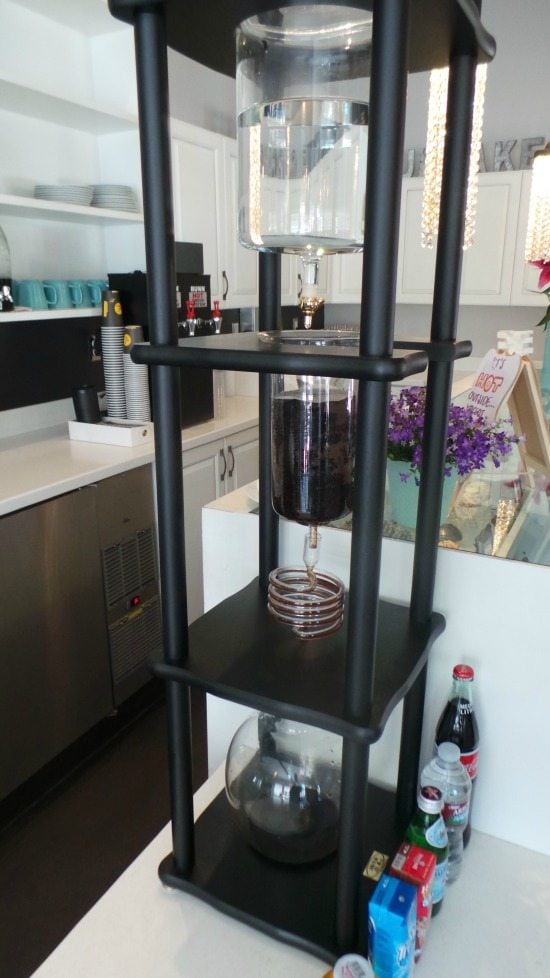 Coffee. Yes, I said coffee. They make a cold brew as opposed to a hot brew. The owner, Audrey, explained that in a hot brew you shock the coffee beans and don’t get as strong coffee. With a cold brew, it’s pretty potent coffee. Delicious! It’s a must try. Share, though. It’ll keep you up for days. 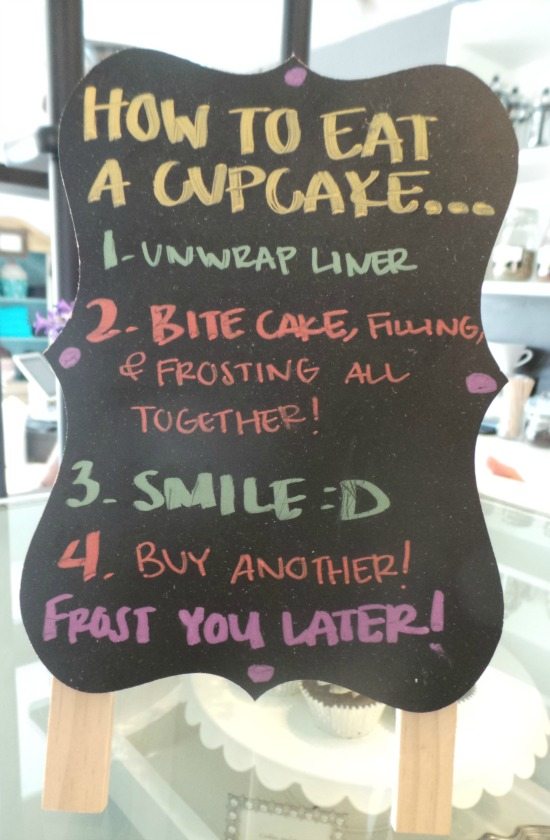 I took a friend with me who said, “These were the best cupcakes I ever had.” 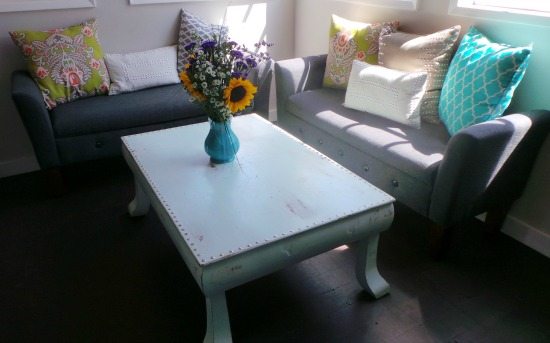 You can sit outside by the carousel or in this cute little retreat area of the shop. Shabby chic, at its best.

To order your cupcake box, check out Frost Me Cupcakes: 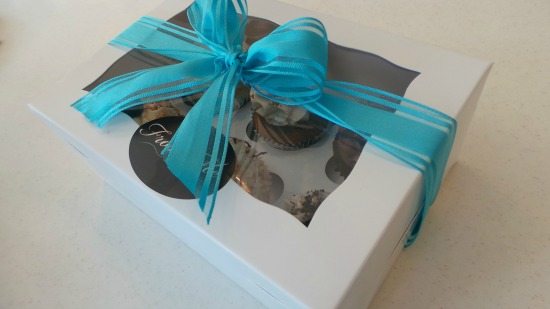