This paid post is brought to you by the new free Oral-B Disney Timer App as part of a Type-A Parent Community Sponsored Post.

Munkley is my son’s favorite toy doll. He sleeps with him. He goes to the bathroom with him. He saves Legos from burning buildings. I have even found him in the freezer. He was also there when my son lost his second front tooth. Without two front teeth, chewing can be difficult for a 6-year-old. I’ve had to readjust my cooking just for him. More pastas and soups. 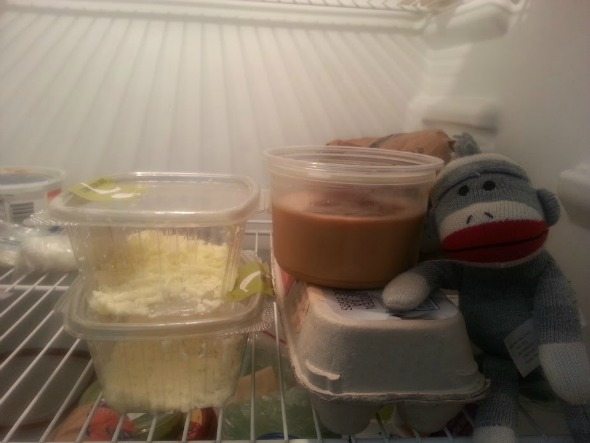 The other day, my son managed to eat a piece of chicken. Shortly after dinner, I noticed a piece of meat stuck in his teeth. I said, “brush your teeth.” He listened (for once) and within two seconds, I heard him start crying. Blood coming out from his sensitive gums. He must have brushed too hard. I stood there for a few minutes, holding him as he sobbed into my shirt. I put him to bed and read Munkley’s favorite bedtime story. The next morning, I tried to get him to brush his teeth, but he screamed bloody murder. I asked him to at least rinse, and he reluctantly obliged. Throughout the day, I asked him repeatedly to brush his teeth, but he would run away. I mean, the kid had chicken meat stuck in his teeth from the night before!!! UGH! 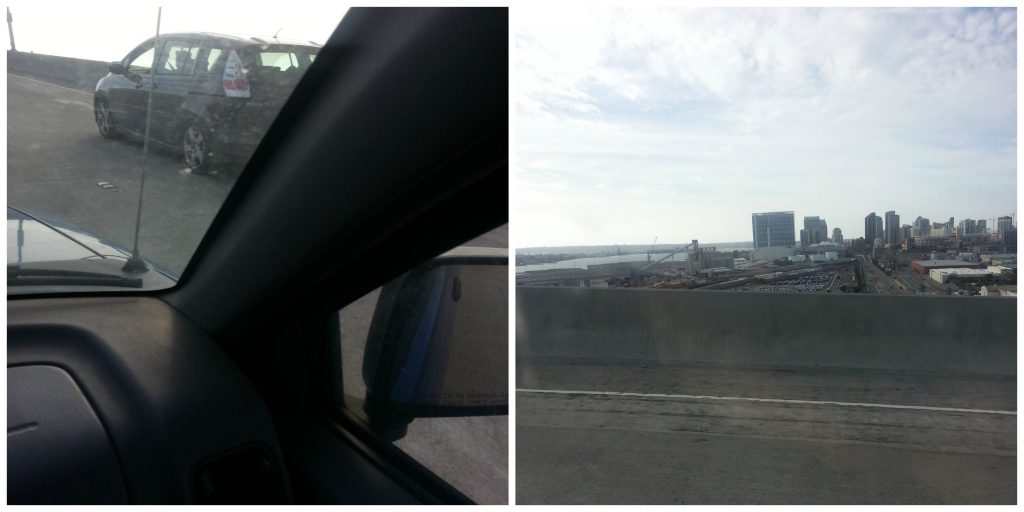 Later in the day, we were driving over the Coronado Bridge.
I told my son, “If you don’t brush your teeth when we get home, I’m going throw Munkley out the window and over the bridge!”
He said, “No, you won’t.”
So I rolled down the window. You must understand that the Coronado Bridge is very high, and it can be scary to look down.
I grabbed Munkley and said, “You are going to brush your teeth as soon as you get home, or Munkley will have to swim home.”
My son begged, “NO! I will brush my teeth!”
When we got home, he ran to the bathroom and brushed his teeth. Munkley was saved. 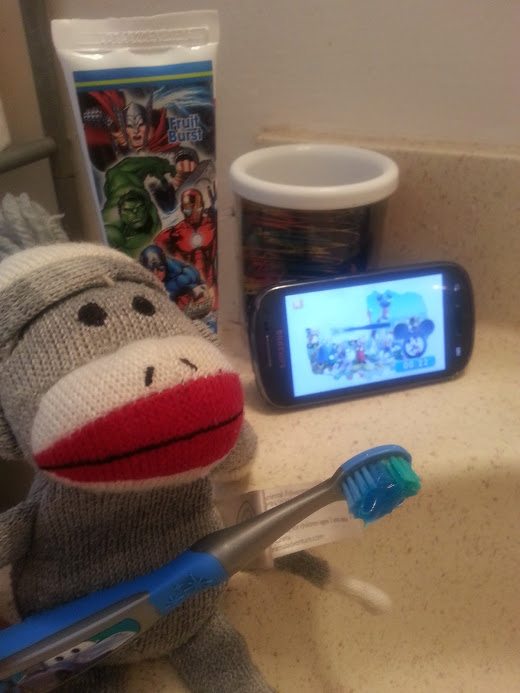 I have shared custody of my son, and it’s important for me to contact him. He has a phone with cool apps. One of the new ones he recently downloaded was the Oral-B Magic Timer app. He loves it. The app helps kids brush for the recommended two minutes by turning brushing into a game. As your child brushes, the app brushes too. It reveals a Disney or Marvel character as it goes along. At the end of 2 minutes, teeth are clean and so is the screen! Now I don’t have to threaten to kill Munkley.

This paid post is brought to you by the new free Oral-B Disney Timer App as part of a Type-A Parent Community Sponsored Post. Featuring sixteen of your favorite Disney and Marvel characters, use this app to seamlessly encourage your kids to brush longer. Collect a new digital sticker after each successful two minutes of brushing; track progress with stars and milestone badges on the Brushing Calendar. Longer, happier brushing for your little one is just a download away!