Z Pizza sounded like a great place to take my Little Red. I mean, what kid doesn’t like pizza? He insisted on inviting his little friend next door. I agreed. Then, I remembered his 9-year-old sister was also home, and I didn’t want her to feel jealous. So, I invited her to come along. What’s one extra kid?

And that’s when the adventure began… 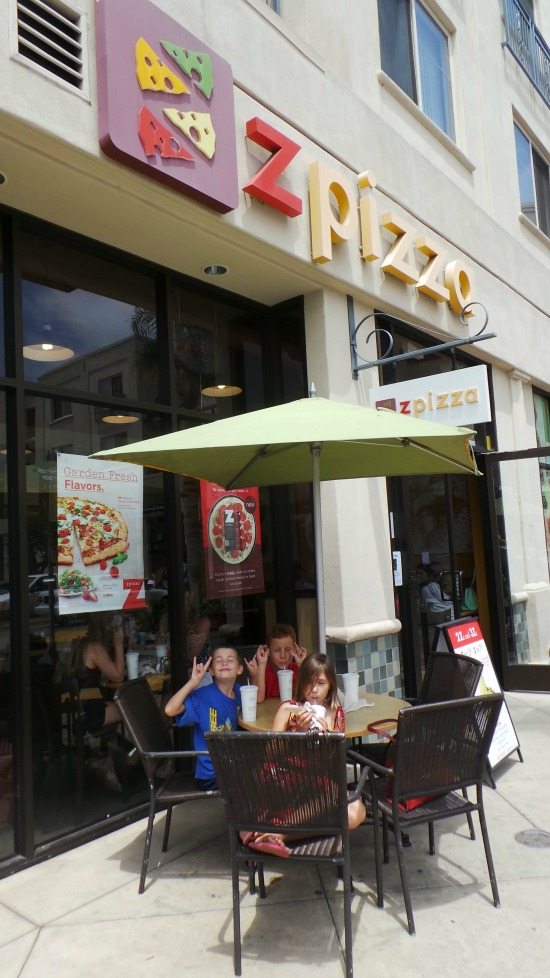 We got to Z Pizza after a long 15 minute drive of fart jokes and sock monkeys conquering the world from the back seat. 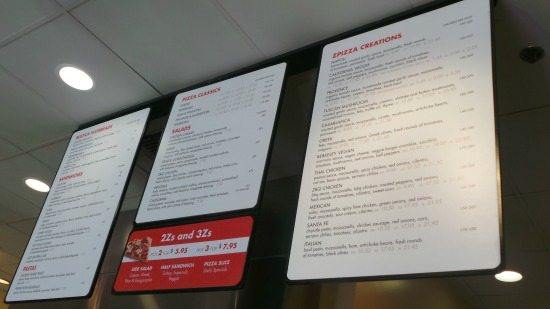 The kids immediately all went to the soda machine where they created their own drink invention of lemonade and orange sodas. To my surprise, they even drank their concoctions! 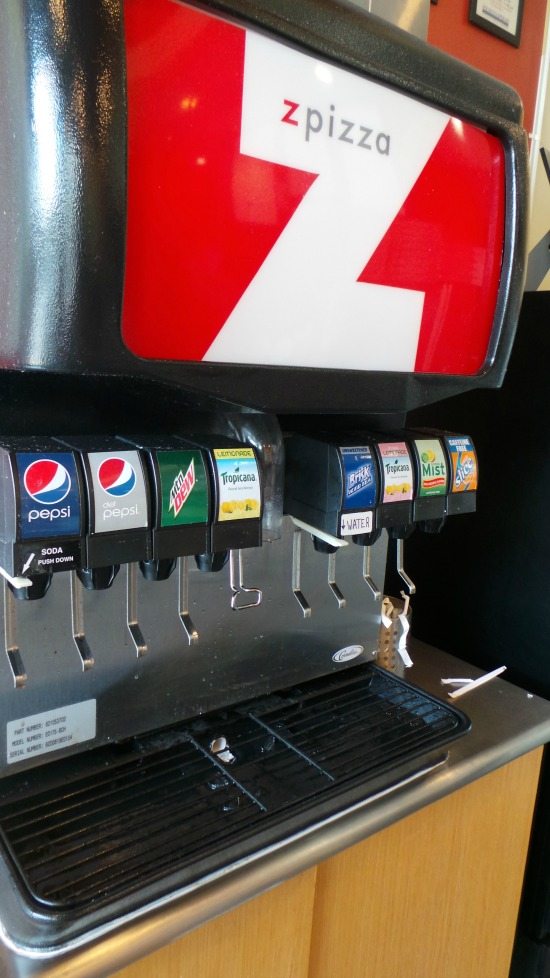 The sock monkeys ordered pizza because they rule the world, remember? The kids decided to lay across the couch as I filled up my own drink. More fart jokes. More laughing. My first thought: “What are the people around us going to say?” That’s when I built up the courage to look around the restaurant. This Z Pizza location is close to USD, University of San Diego. There was a large college group there, and they were laughing right along with them, giving them high fives and asking them about their soda invention. 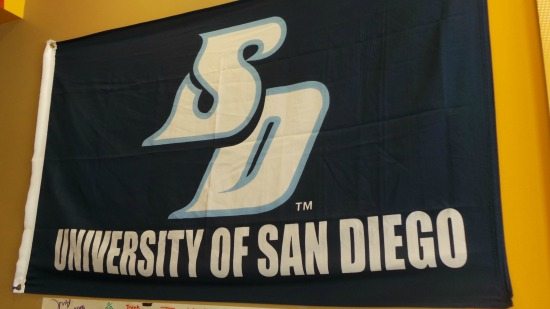 Thankfully, there was an empty table outside, and I led the herd to a quieter place. The laughter was contagious. I heard a few people walking by say, “Those kids are having a lot of fun!” If they only knew… I ordered the kids a yummy Chicken Ceasar Salad because I knew they would eat it. 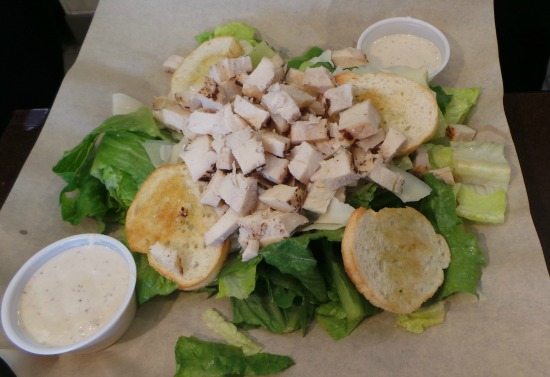 The kids didn’t really like the Greek Salad, and I was happy for leftovers. 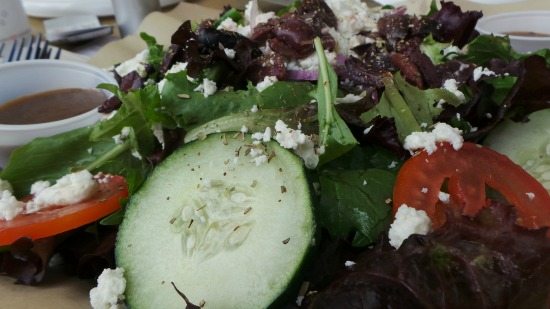 Here, we are at Z Pizza with toppings and awesome creations, and the kids wanted cheese pizza! Lol. But, they loved it. 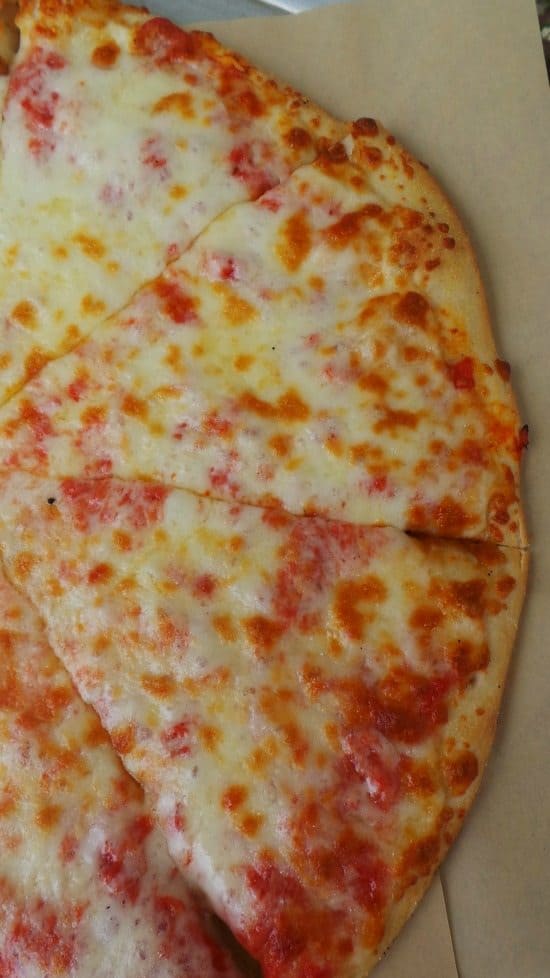 I had to try something else. This is their ZBQ chicken pizza – Chicken BBQ, roasted red peppers, red onions, corn. YUM! 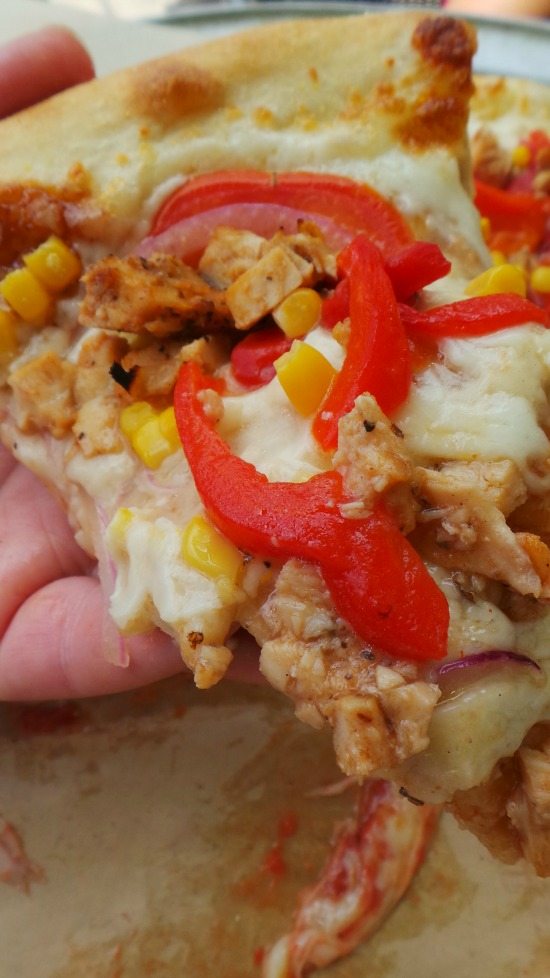 I may not be equipped to handle 3 kids, but I got them home safe and sound, all in one piece, and tummies full. In my eyes, that’s a mission accomplished! 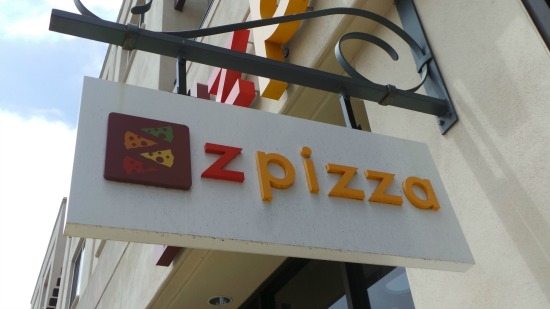 Disclosure: We were treated to a meal at Z Pizza.